The Eagles are not good enough to commit the amount of penalties they have through three games.

It needs to stop. Now.

There were plenty of things that went wrong in that embarrassing 41-21 loss in Dallas on Monday night but the most frustrating thing had to be the 13 penalties they accumulated throughout the beatdown. Because through three games, this has become a troubling and dangerous trend.

Through three games, the Eagles lead the NFL in penalties — by a wide margin — with 35. Thirty-five! The next closest team has 27. 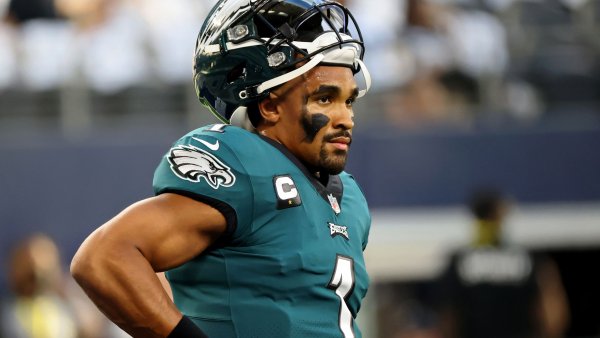 And the next closest team is the Tampa Bay Buccaneers, the reigning Super Bowl champions quarterbacked by Tom Brady. They might be able to get away with it. The Eagles can’t.

“We’ve got to get that fixed,” head coach Nick Sirianni said. “The ones that you don’t like and the ones that are most troublesome are the pre-snap penalties. We’ve got to take care of that. That’s just us being disciplined and we’ve got to go back to work and get better at that because that’s obviously unacceptable and we’re all in this together. It starts with me and it’s unacceptable on my part. We got too many penalties.”

Of the Eagles’ 35 penalties this season, 13 have been pre-snap.

Here’s a look at just how bad it has been for the Eagles so far:

• The Eagles’ previous high for penalties through three games was 33. They did that back in 1954. So the Eagles on Monday took down a 65-year-old record.

• With 35 the Eagles have eight more penalties than the next closest team, the Bucs. The Rams have been penalized the fewest times in the league, just 7. The Eagles have 5x the amount of penalties as the Rams.

• The Eagles have actually been called for 37 penalties, but two holding calls have been declined.

• These 35 penalties tie the Eagles for 13th all-time for most penalties through three games. This is the most since the Steelers had 37 back in 2018.

• The two highest single-game penalty totals this season have come from the Eagles:

• The Eagles have been called for 15 different penalties in 2021:

Defensive too many men: 2

Illegal block above the waist: 1

Illegal use of hands: 1

Since his arrival in Philly, Sirianni has preached his five core values — connecting, competition, accountability, intelligence and fundamentals — and all these penalties seem like a direct attack on a couple of them.

During the game broadcast on Monday night after Derek Barnett was called for a defensive offside, Sirianni was caught by a camera saying, “It’s always him.” During his career, Barnett has been penalized 20 times, twice this year.

“I was frustrated with the pre-snap penalties regardless if it was Derek or if it was anybody,” Sirianni said.

Yes, Barnett gets penalized way too much and some of them are completely boneheaded and costly penalties. But he’s far from alone this year.

There are some problems the 2021 Eagles won't be able to fix. This is one they'd better.

“It’s my responsibility to get the penalty thing right,” Sirianni said. “It’s on me. I don’t blame any player for that. We’ve just got to get better at it and it starts with me.”