Jeffrey Lurie believes there will be football this fall.

And he believes it's going to look very different than what were used to.

The NFL, with its stringent and extensive list of safety protocols, has been successful so far keeping its players safe from COVID-19 after two weeks of full-contact practices at 32 training sites around the league.

With opening day just 13 days awayand 10 days away for the Chiefs and Texansonly two players are currently on the NFLs COVID Reserve list, and its unknown whether theyve contracted the virus or been exposed to someone who has.

Although Lane Johnson, Nate Gerry and Jordan Mailata were on the COVID list before camp, no Eagles have tested positive since camp began (other than nine false positives last weekend).

"I am optimistic that we'll be able to play our games, Lurie said Sunday. So far, things are going awfully well in terms of the protocols. They're very, very detailed, and rightly so. I'm optimistic."

That said, the season is five months long including the postseason, and were talking about more than 2,000 players.

Weve seen the virus spread quickly and once teams begin playing games and coaches can no longer control who their players are exposed to, nobody is exactly sure whats going to happen. 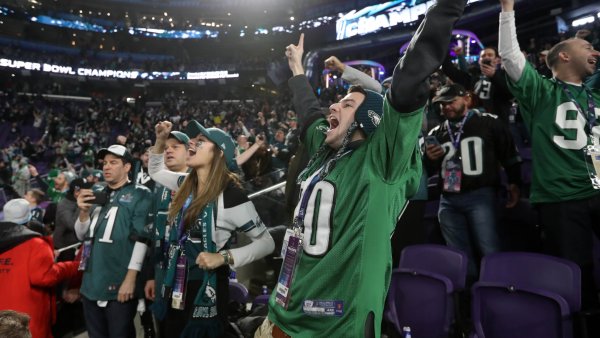 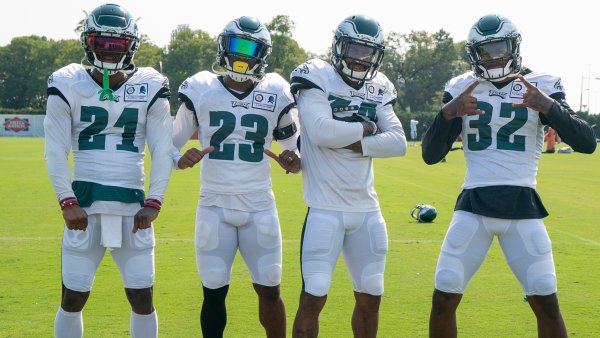 Impressions of Every Eagle on Defense After 2020 Training Camp

The virus will control that, Lurie said. We will not control that.We will do the very, very best we can as a league and as a team to try to keep everybody as safe as possible. It's inevitable there's going to be ups and downs here.

Although things have gone so well so far, Lurie knows that might not necessarily be the case as the season goes on.

And thats where flexibility and adaptability come into play.

Whoever deals the best with losing playersor coaches - for a game or two or more will have a huge advantage.

Lurie managed to explain his thoughts on that while also appearing to take shot at Jason Peters, who doesnt want to move to left tackle without a pay bump.

"We know going in that there's going to be some unusual games where players might be playing positions they've hardly ever played, he said. But that's part of being a professional athlete. We embrace it. Honestly, Doug Pederson, his staff, Howie and his staff, we've embraced the unpredictability of it. We know that in any given game, there might be one quarterback available or maybe there will be no tight ends and a wide receiver will have to play tight end. Or our defensive end is going to be a defensive tackle. Or a cornerback is going to have to be a receiver. Our long snapper may not be there. I think the contingencies, the teams that embrace it will have some advantage, having players that are welcoming the opportunity to step in when needed."

Lurie said another way well see that flexibility is by Pederson using his entire roster, to make sure everybody is ready to play.

When coaches are willing to employ rookies and second-year players early on, even though they haven't had OTAs and preseason games, it's going to allow you to have more flexibility in October, November, December and the playoffs, instead of saying, Oh, there's a rookie, they're not going to play much this year, he said.

It's counterintuitive, but it should be the opposite. We need in September and October to get every possible rookie and second-year player involved, and I know that's the approach.