The beauty of running it back with Jalen Hurts for another year is that there’s literally nothing to lose and so much to gain.

If the Eagles learn next year that Hurts isn’t the right guy to move forward with?

You just say thanks and move on. And in the meantime, you’ve dramatically upgraded the talent on both sides of the ball. 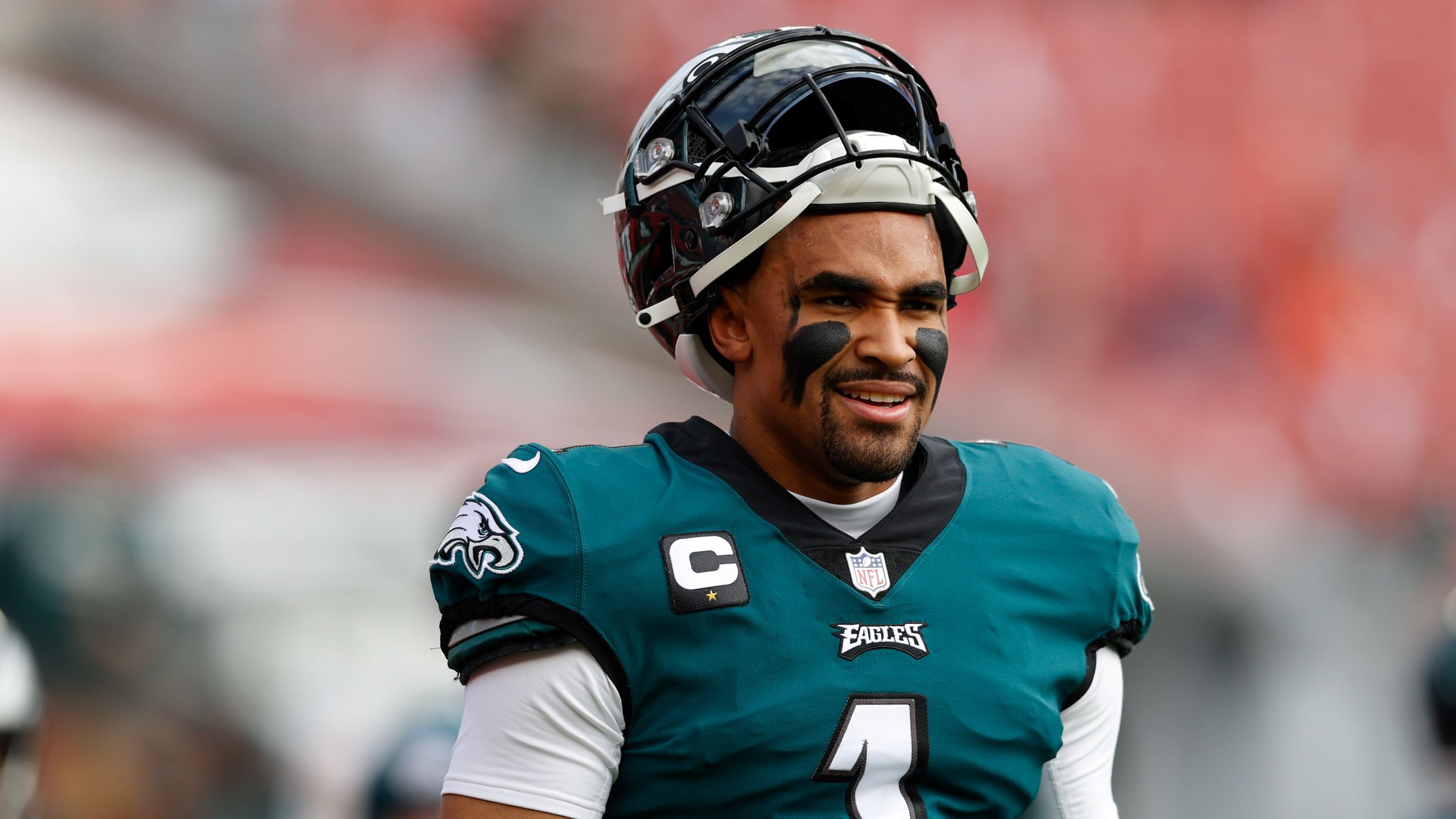 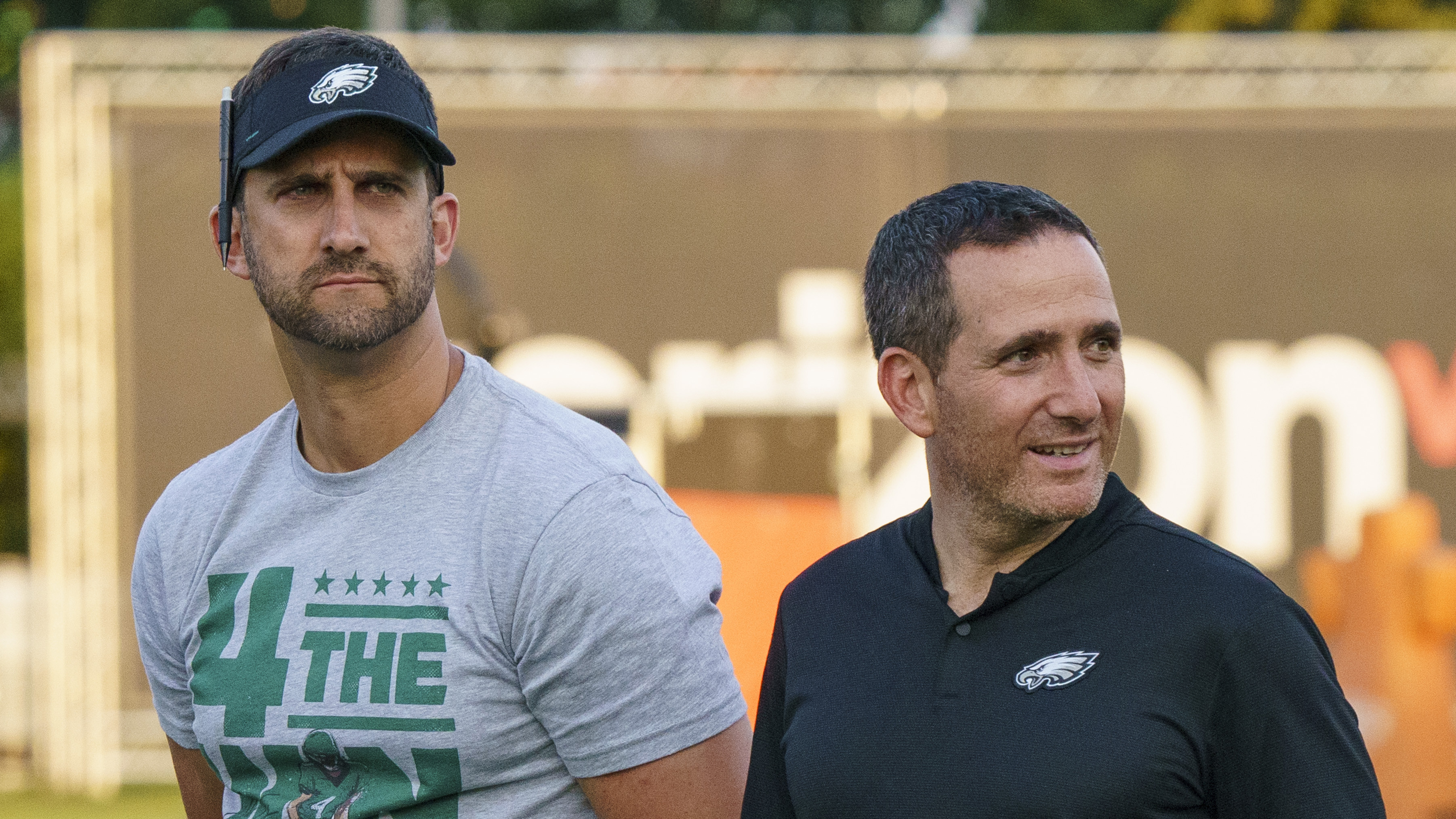 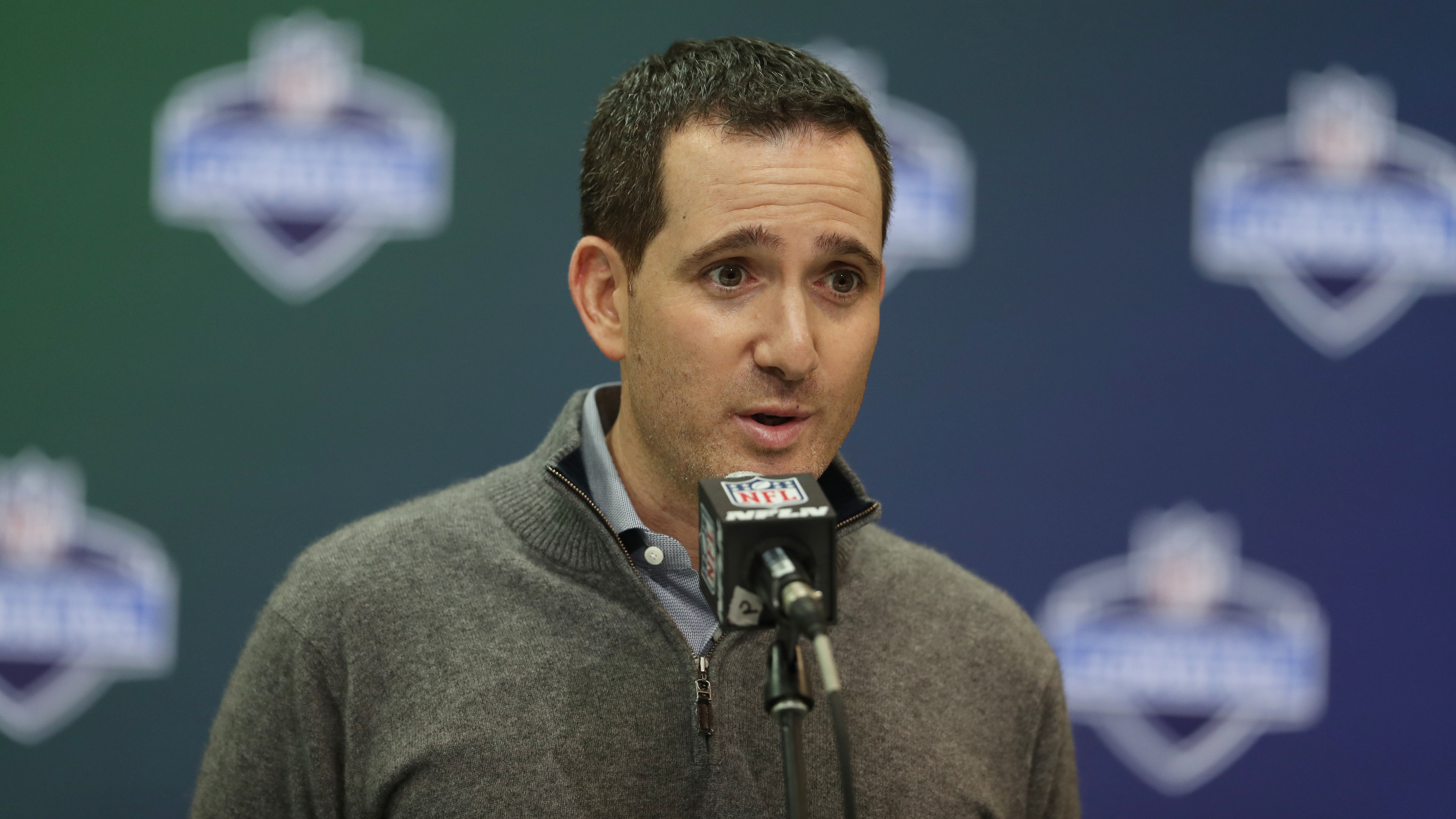 Hurts quarterbacking the Eagles in 2022 makes sense for so many reasons, but the biggest reason is flexibility.

It starts with the draft and the salary cap.

Not only do the Eagles have the 15th, 16th and 19th picks in the 1st round this year, they also have No. 51, 83 and 120. So they have six of the first 120 picks. Plus three more in the 5th round. All in all, that’s eight of the first 164 picks. What an opportunity to stock the roster with desperately needed young talent.

The 2021 draft was a very good one for Howie Roseman and his staff, bringing the Eagles DeVonta Smith, Landon Dickerson, Milton Williams, Kenny Gainwell and some other promising prospects.

This year, the Eagles have nearly twice the draft capital as last year. And if they draft as well this April as they did last April, all of a sudden this is going to be a roster filled with something that’s been missing around here for a long time – an impressive nucleus of youth.

READ: 10 Eagles playoff connections you may not know about

If you go by the standard NFL draft value chart, the Eagles’ picks last year were worth a combined 2,161 points. This year, they’re worth 3,642 points, almost twice as much.

That’s how much value this draft has for the Eagles.

They've never had three 1’s before. This is a draft that can revolutionize the roster. It’s a once-in-a-generation opportunity, and it’s hard to imagine Roseman packaging a significant chunk of those assets for an aging quarterback who may already be declining and carries a huge salary cap hit.

Roseman talks constantly about the importance of getting younger and not relying on injury-prone older fading veterans. I could be wrong, and I wouldn’t be shocked if he turns one of those three 1st-rounders into a 2022 1st-rounder and another pick, but my hunch is that Howie wants to use all three picks because he knows the impact three stars can have on this team.

And if Hurts isn’t your quarterback, you can’t do that.

If Hurts improves as much from 2021 to 2022 as he did from 2020 to 2021, if he shows significant growth as a passer, then you have your quarterback – along with all this new talent you’ve theoretically brought in through the draft, as well as the cap space to sign some key free agents.

And one thing is clear about Hurts – nobody will outwork him. I don’t know if he can become that guy, but I know he’ll do everything he can to make it happen.

If not? If it’s clear by the end of next year that the Eagles need to go in a different direction?

Now you have a 2023 1st round that appears loaded with legit QB prospects, from Alabama’s Bryce Young to Ohio State’s C.J. Stroud to Fresno State’s Jake Haener and potentially several others. Who knows, maybe Spencer Rattler re-establishes himself as a top NFL prospect.

If you don’t want to kill your draft and salary cap by acquiring a veteran and you don’t believe in Kenny Pickett, Matt Corrall, Desmond Ridder or Sam Howell, why reach now when you can build the rest of the roster, give Hurts another chance to prove himself and start stockpiling weapons that will make this a much stronger team on both sides of the ball?

Unless you feel like you’re a piece or two away from a Super Bowl, a veteran like Russell Wilson doesn’t make sense. The Eagles aren’t a piece or two away. They desperately need players. Defensive playmakers. Offensive weapons. Impact players all over the field.

The Eagles have a luxury in a young quarterback who’s already taken a team to the playoffs, is beloved in the locker room and has a microscopic cap figure, which not only allows them to be competitive in the free agent market but gives them unlimited flexibility in the event he turns out to not be The Guy.

That’s the beauty of running it back with Hurts.

Because maybe he turns out to be the long-term solution at quarterback. Maybe he doesn’t.

But if you commit to him for one more year, the Eagles will be a much better team moving forward than they are now.

No matter who the quarterback is.