With the return of Alshon Jeffery today, the Eagles have made former second-round pick J.J. Arcega-Whiteside a healthy scratch against the Giants.

Arcega-Whiteside, 23, has had an incredibly disappointing career through a season and a half. This season has played in seven games but has just two catches for 45 yards. This comes after a terrible rookie season in which he caught 10 passes for 169 yards and a touchdown.

What makes JJAW’s struggles even worse is that several receivers drafted after him last year — most notably D.K. Metcalf and Terry McLaurin — have had tremendous starts to their careers. And the Eagles have a guy who is now a healthy scratch. 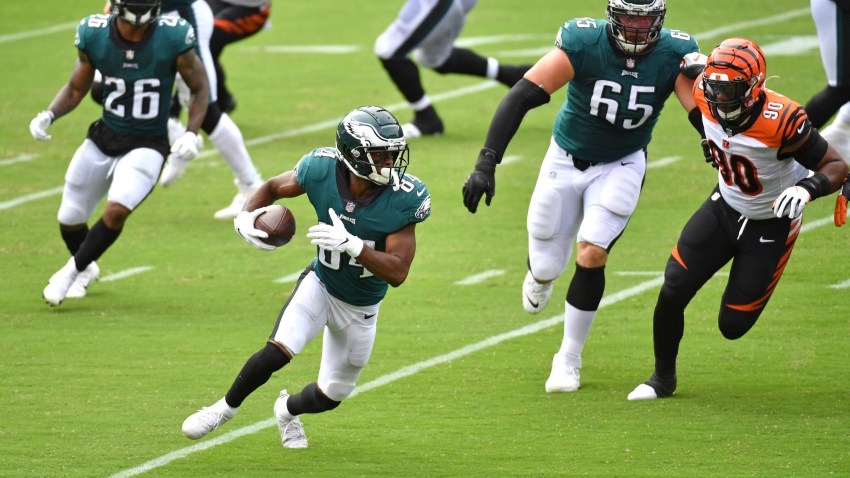 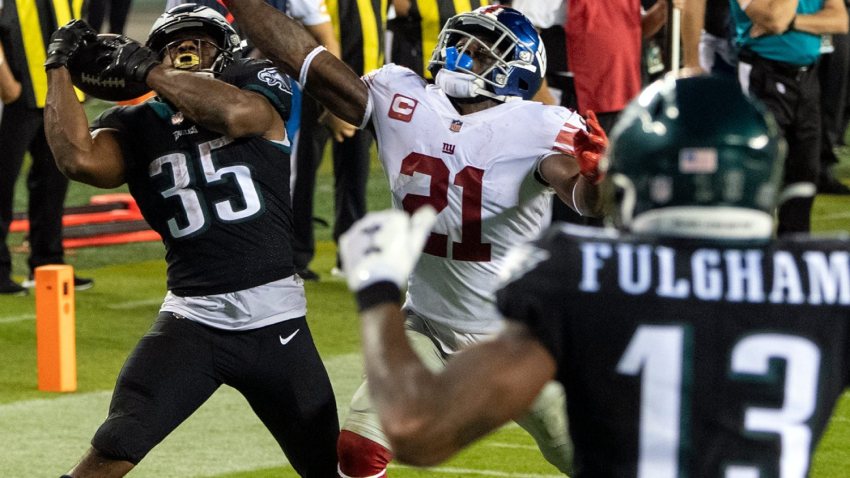 Before the bye week, JJAW played just five snaps in the Eagles’ win over the Cowboys. That was his lowest total this season.

So in addition to JJAW, receiver Quez Watkins is also a healthy scratch. That means the Eagles have five receivers for this game: Travis Fulgham, Jalen Reagor, Greg Ward Jr., John Hightower and Jeffery.

This is the first time in a while the Eagles actually have several healthy scratches for today’s game against the Giants.

In recent weeks, the Eagles have had so many injuries coming into the weekend that most of the inactive players were determined on Friday. This week, there was just one player ruled out on Friday.

James was the only player on the active roster ruled out on Friday. James came into the week with a hamstring injury but was a full participant in Wednesday’s practice. But he hurt his shoulder and missed Thursday and Friday and was then ruled out for this game.

This week, Miles Sanders, Lane Johnson and Malik Jackson are all returning from injury and Jeffery is making his season debut after missing the first eight games in 2020. We’ll see how big of a role he has. It’s likely the Eagles will bring him along slowly.

The one guy who wasn’t ready to return this week was Isaac Seumalo. He’s still on Injured Reserve and the Eagles did not activate him off IR by Saturday’s 4 p.m. deadline so he won’t play today. The Eagles just activated his 21-day practice window during the week.

CB Michael Jacquet, TE Caleb Wilson and DT T.Y. McGill are all active for today’s game after being elevated from the practice squad on Saturday. Players are allowed to be elevated twice per season and this is the third time the Eagles have elevated McGill. They’re getting away with it because they are calling McGill a COVID-19 replacement for Marcus Epps, who is on the Reserve/COVID-19 list.