Which Eagles Get an F on the Giants Game Report Card? 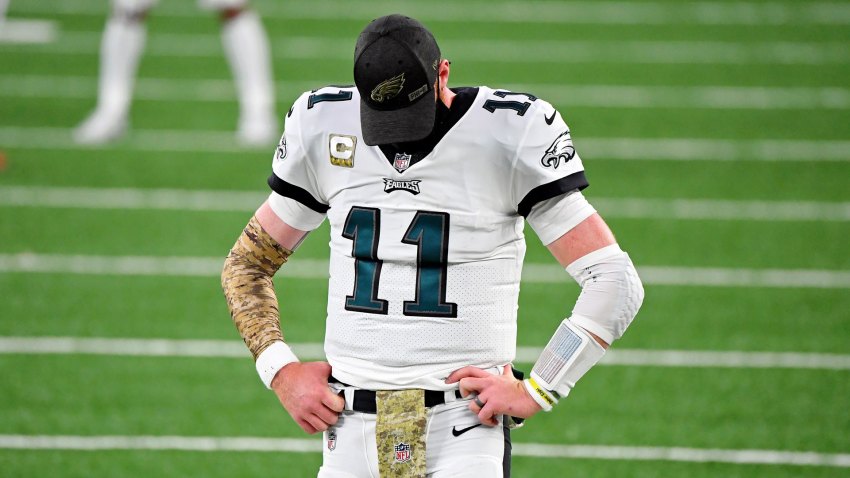 5 Most Concerning Parts of Eagles' Loss to Giants on Sunday 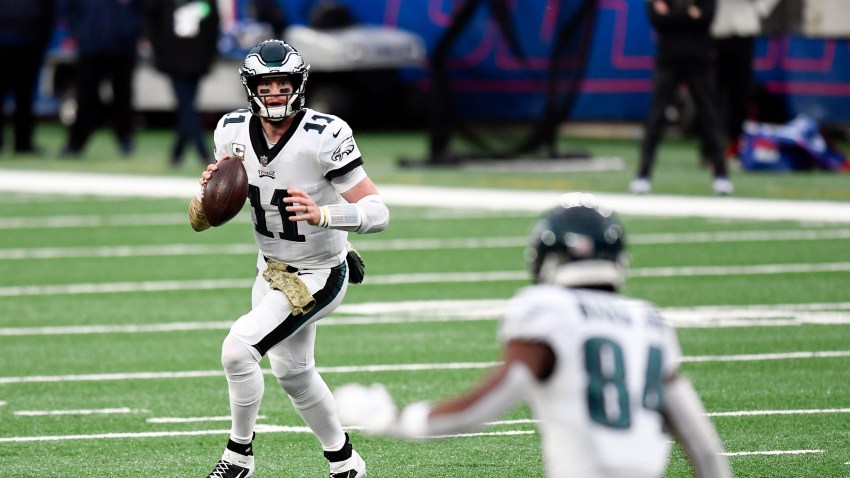 So it’s time to break out the red pen and get to grading that awful performance coming off the bye week.

For the first time all season, Wentz didn’t turn the ball over. In fact, he even made some good decisions to throw the ball away on Sunday. But that’s not enough. He missed several open targets, was 0-for-6 on third down and had a pretty unspectacular game. The Eagles need to find a way to get the special plays from Wentz without the turnovers. Right now it seems like it’s one or the other. If you had to choose, I guess you take this version. But the guy we saw on Sunday afternoon wasn’t good; he was just there.

I give a lot of credit to Sanders for holding himself accountable after Sunday’s game. On his own, the second-year running back brought up his drops and breakdowns in pass protection. Still, when he got the ball as a runner, Sanders had a nice game and even when the Giants keyed in on those outside runs late in the game, he was able to avoid big losses. And then there’s Giants Killer Boston Scott, who had a 56-yard touchdown run. And even Corey Clement found the end zone for the first time in over two years.

James Bradberry is a very sticky cover corner and he did a great job on Travis Fulgham, who had just 1 catch for 8 yards on 5 targets. That was by far the worst game for Fulgham since he began playing in Week 4. Reagor did some nice things and Greg Ward had 5 for 39. Alshon Jeffery was targeted on the first pass of the game and didn’t see another ball thrown his way in his return.

Rodgers was the Eagles’ leading receiver against the Giants and made a great toe-tapping catch on the sideline. Dallas Goedert finished with four catches for 33 yards. So not great production from Goedert but we’ll have to see the tape to know how he performed as a blocker, which is a major role for him. Still, the Eagles could use a productive Zach Ertz right now.

The tackles — Jason Peters and Lane Johnson — held up fine in this game, but the interior was a mess. Sure, Jason Kelce had a great block on that long touchdown but his low snaps were a big problem. And the play from Sua Opeta and Matt Pryor at the two guard spots was really bad. The Eagles have to hope Isaac Seumalo and Nate Herbig are back for next week.

The Eagles’ defensive line ended up with three sacks but Fletcher Cox’s was a cheap one at the end of the half. Barnett started the game with a sack but the Eagles’ defense wasn’t very good after that. The Eagles didn’t get enough pressure on Daniel Jones and they also let him and the running backs pick up big yardage on the ground.

A few missed tackles from the linebackers in the run game and they’re still lost in coverage. Aside from poor plays, the linebackers were also called for a couple rough penalties to extend drives. This just isn’t a talented group. Maybe the Eagles should have invested a little bit at the position. At least rookie Davion Taylor found his way onto the field several times on Sunday. Singleton finished with 15 tackles and T.J. Edwards had 12.

Jones ended up throwing for 244 yards but there were a few backbreakers in there. Maddox hasn’t played well as CB2 and Nickell Robey-Coleman continues to struggle. NRC failed to intercept an easy one. Even Darius Slay couldn’t make a big play in the fourth quarter.

The special teams unit started off great. Elliott made his first field goal and Rudy Ford made a few great tackles as a gunner. But then the Eagles gave up a few big returns and got called for a stupid penalty on the end of a punt return to pin them deep.

The Eagles came off a bye week and laid an egg. Just an unacceptable performance in all three phases. There’s just no excuse for coming out that flat in a division game after a bye. The Eagles were thoroughly out-coached against the Giants. Jim Schwartz was bad and Doug Pederson was somehow worse.