Normally on a Sunday afternoon, Lincoln Financial Field and its surrounding parking lots is the place to be in Philadelphia as nearly 70,000 people cram their way into the stadium.

“Hopefully, whatever number of fans we have this weekend, they can still be rowdy as hell,” Jordan Mailata said this week.

After two home games playing in front of cardboard cutouts, empty seats and the occasional curious bird, the Eagles are just happy some fans will be allowed inside the stadium for the Ravens game. 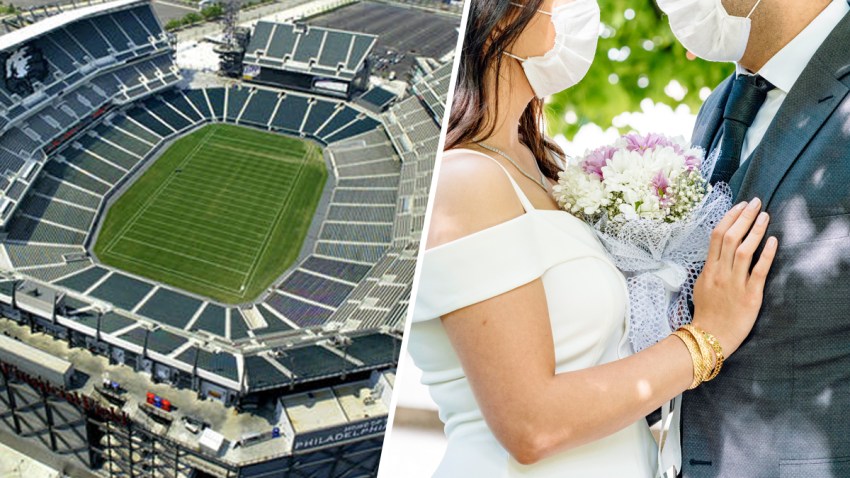 fans in the stands Oct 14

The First Step Toward Normalcy at Citizens Bank Park in 2021

The City of Philadelphia this week approved the state’s plan to allow 15% capacity for outdoor venues with over 10,000-seat capacity, up to 7,500 people. So there will be, in total, 7,500 people in the Linc on Sunday but that number includes both teams, coaching staffs, training staffs, stadium personnel and media.

So we’re looking at around 5,000 actual fans in the Linc.

“It means a lot,” Carson Wentz said. ”Even just going last week in Pittsburgh and just having some fans, kind of changed the atmosphere, changed the environment. I know it'll be even different being at home. It's still different, still kind of weird, not packing the house, so to speak.

“It takes you back to high school scrimmages, middle school scrimmages, those types of things when you're playing in front of no fans. It's just kind of a sometimes eerie feeling out there when you know it goes silent, but having fans out there definitely motivates us a little bit more and we love playing in front of the fans. Can't wait for the day when we can really pack that house, but this is a start for sure.”

Tickets for Sunday’s game were first made available to season ticket holders who opted into the 2020 season. From there, the plan was to open them to others.

Tailgating is prohibited this year so the 5,000 or so fans who show up to the game might be slightly less … uh … lubricated by the 1 p.m. kickoff. But there’s no doubt 5,000 Eagles fans can still get as loud as anyone. Heck, the Eagles even said they noticed the 4,708 Steelers fans at Heinz Field last week.

“For the most part, you could hear the cadences, but there were a couple times where like on third downs, it was getting pretty loudy, like loud and rowdy,” Mailata said. “A couple times, I was like, there's no way 5,500 fans could cause this amount of noise. So it was kind of fishy, but it just shows how fans can influence a play and influence the situation, and I'm hoping that our fans can bring it.”

We’ll see if 5,000 Eagles fans can actually make a difference on Sunday. For what it’s worth, Ravens coach John Harbaugh, who once coached in Philly, doesn’t really think it’ll be a problem for his team.

“We’re probably going to underplay it more than overplay it, because we really don’t know,” Harbaugh said to Baltimore reporters this week. “Obviously, we’ve played in front of a lot more fans than 7,500. So, we should be fine, but we haven’t done it lately. To your point, it will be different from the last couple of weeks. I just don’t know what an impact it’ll have, how loud it’ll be. So, we’ll just go in there and play the game and see how it plays out.”

But this is more than fans trying to cause penalties on third downs. Having them there will give a certain buzz to the stadium that cardboard just can’t provide.

Sure, it’s up to players to be motivated and get up for games on their own, but it just felt weird in an empty stadium. Having a handful of fans sprinkled throughout the lower bowl will make Sunday feel just a tad more normal.

“I’m excited. I'm happy,” head coach Doug Pederson said. “I'm so glad for this day to be here, to have fans in our stands. To feel the energy of the crowd, even a small crowd. It was really good in Pittsburgh to have the fans there. Just to see them when we come out of the tunnel and to see people in our bleachers, it's going to be exciting. We've talked about it before, our players are going to feel energized to have them there and to have our families back in the stands is important to them, it's important to us and we're really looking forward to it.”