The Eagles on Tuesday morning announced the launch of an “End Philly Gun Violence” campaign.

As a part of the campaign, the Eagles Social Justice Fund is contributing $316,600 in grants to 32 local nonprofits specializing in social justice work.

In 2021, there were 562 homicides in Philadelphia, a 13% increase from the previous year, the Eagles said in a news release, citing the City Controller’s Office. That’s a record for homicides in the city dating back to at least 1960. Additionally, gun violence “has disproportionately affected underserved communities of color,” the Eagles said in the release.

“Ever since I arrived in Philadelphia as a free agent in 2016, this has been my home,” Eagles safety Rodney McLeod said. “It hurts to see so much heartache and suffering in our communities as a result of these senseless acts of violence. We are losing family members, friends, mentors, role models, and future leaders because of the gun violence in our streets.

“No one should ever have to live in fear of going to school, hanging out at the playground, or just walking out the front door. Yet, for so many in our communities, they do. It’s been a privilege to work with city leaders and organizations during this process who are just as committed to ending gun violence as we are.” 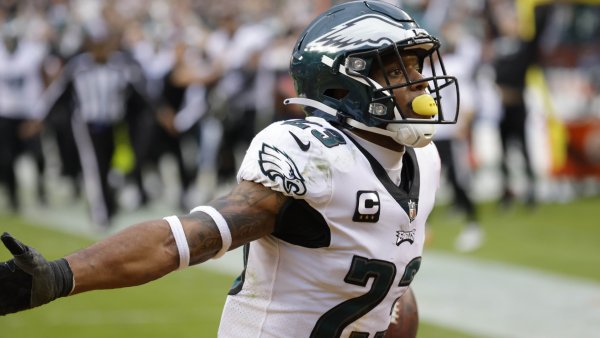 Is the Eagles' Defensive Improvement a Mirage? 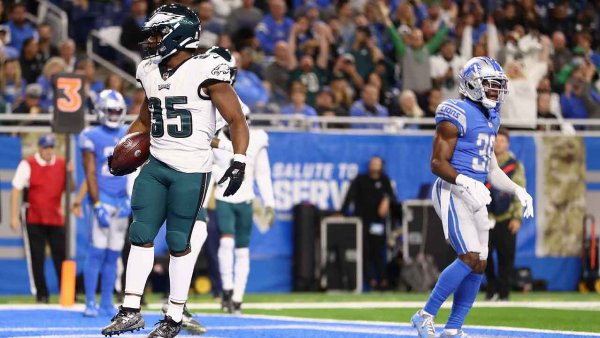 McLeod is one of several players who leads the Eagles Social Justice Leadership Council, which contributes to the Eagles Social Justice Fund. The fund works through one-to-one matching donations from players and the team. Other players on the council include Shaun Bradley, Dallas Goedert, Brandon Graham, Anthony Harris, Jordan Howard, Avonte Maddox, Miles Sanders and K’Von Wallace.

In the release, the Eagles gave a very detailed breakdown of exactly where the $316,600 is going:

“I am inspired by our players for the way they have leveraged the Eagles Social Justice Fund this year to address one of our city’s most concerning issues – gun violence,” Eagles owner Jeffrey Lurie said in a statement. “I stand with them in their efforts and am grateful for those who have joined us in helping to create safer, more equitable communities for all Philadelphians to live in peacefully.”

In addition to the funds, that Eagles have also created EndPhillyGunViolence.com to serve as a resource to “steer young people to proven and effective help.” The Eagles also vow the site will be aided by a PSA and social media campaign to call for an end to gun violence.