Eagles Drawing on 2019 Experience as They Cling to Playoff Hope

The Eagles have a losing record with four games left in the 2021 season, all against division opponents, with a chance to possibly run the table and get to the playoffs.

Yeah, it’s hard not to think back to the 2019 season, when the Eagles won their last four games to get into the postseason. They were 5-7 then and they're 6-7 now, so it seems pretty similar. But that doesn’t mean that run in 2019 is the talk of the NovaCare Complex this week.

“It’s not like the new coaching staff is going to come in and say, ‘Hey the five of you guys that were here in 2019, remember when you won four straight?’” Alex Singleton said. 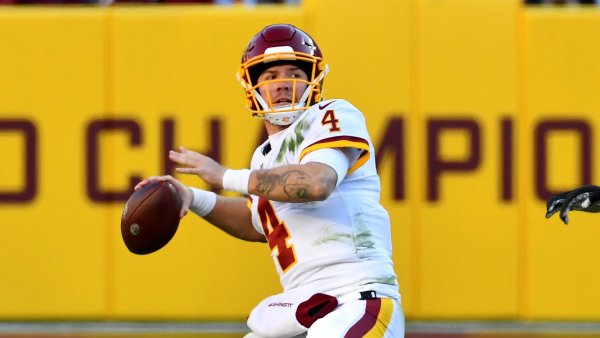 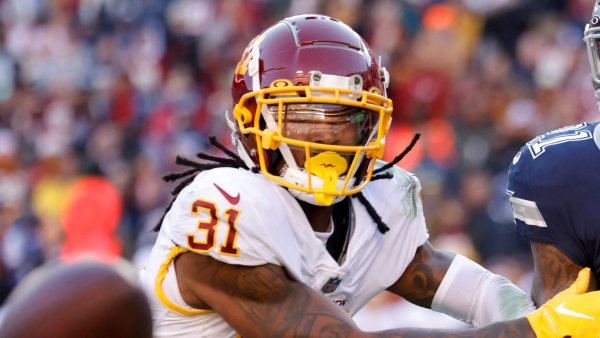 But that five players thing is an exaggeration. The Eagles have plenty of players left from that 2019 stretch run. And all those players can certainly draw from those experiences as the Eagles try to make a similar run in 2021.

At least give me that, Alex.

“It’s something that, obviously we know,” Singleton said, “we know the attitude to take into practices.”

Of the Eagles’ 22 projected starters for Sunday’s game, exactly half were with the team during that stretch run in 2019. There have obviously been some big changes since then, most notably at the quarterback position and the coaching staff has just one main holdover from 2019 left.

So, Singleton is right, it’s not like Nick Sirianni was going to get in front of his team this week and talk about a stretch run he wasn’t apart of. But he has been apart of stretch runs before. In 2018, the Colts started with a 1-5 record before winning 10 of 11 to get to the postseason.

And the players who were with the Eagles in 2019 — the 11 starters and more — will remember when they were 5-7 coming home from an awful loss against the Dolphins in Miami. Then they won all four games to get into the playoffs. And they might have advanced past the first round if Carson Wentz didn’t suffer a concussion early in the only playoff game of his career.

“I think the main thing is just staying focused,” Fletcher Cox said, when asked if the Eagles can draw from that experience in 2019.

Cox, who turned 31 earlier this week, has historically been a very good player in the month of December. It’s been his most productive month. Cox has more sacks (18), tackles (133), tackles for loss (23) and QB hits (43) in December than any other month.

Cox wears that late-season success like a badge of honor.

“To me, honestly, December is so important to me,” Cox said. “I just try to stress that to a lot of guys in the room, a lot of guys on the team, how important the month of December is. I think I said it a while back, they really remember you in December. No matter what happened earlier in the season, I think everybody kind of forgets that.

“But you go into December and know how important it is and knowing especially right now knowing how important it is, you’ve just got to stress to this team and beat it into their brains and make them believe in it. The veterans that’s been around, the guys that’s been in the league know what December means. In this series even, you can’t fake the energy, you can’t fake the intensity, just controlling everything, emotions and everything and putting it all out on the field.”

The Eagles will finish off their regular season against Washington, Giants, Washington and Cowboys. Four division games, all winnable. But, you know, throw out the records and all that.

Coming into this weekend the Eagles have around a 37% chance to get to the playoffs, according to FiveThirtyEight. A win against Washington would boost that up to around 50% and it would get them one step closer to their goals.

Forgiving me if I’ll be thinking about 2019 throughout the ride.

“How similar? We had to win every game,” Miles Sanders said. “Have to win the last four to get in. That’s exactly what we did in 2019. Real similar to this year. We got four games left. All division. We gotta do what we gotta do.”