Colts Done With Wentz? All Signs at NFL Combine Point That Way

INDIANAPOLIS — If you were waiting for Colts general manager Chris Ballard to say some nice words about Carson Wentz at his combine press conference on Tuesday afternoon, well, you’re still waiting.

The Colts have been noncommittal since the end of the season about Wentz’s future with the organization and that didn’t change on Tuesday.

And it seems increasingly likely that Wentz will last just one season with the Colts after they traded an eventual first-round pick and a third-round pick to get him from the Eagles.

“I don’t know,” Ballard said. “We’re still working through it. And I know I’m going to get a lot of questions about Carson right now and I don’t have a direct answer for you. We’re working through it. Mr. (Jim) Irsay, Frank (Reich) and I, will sit down over the next 10 days and figure out where it’s going. But ultimately we’ll do what’s best for the team, for the Colts, both in the short-term and the long-term.” 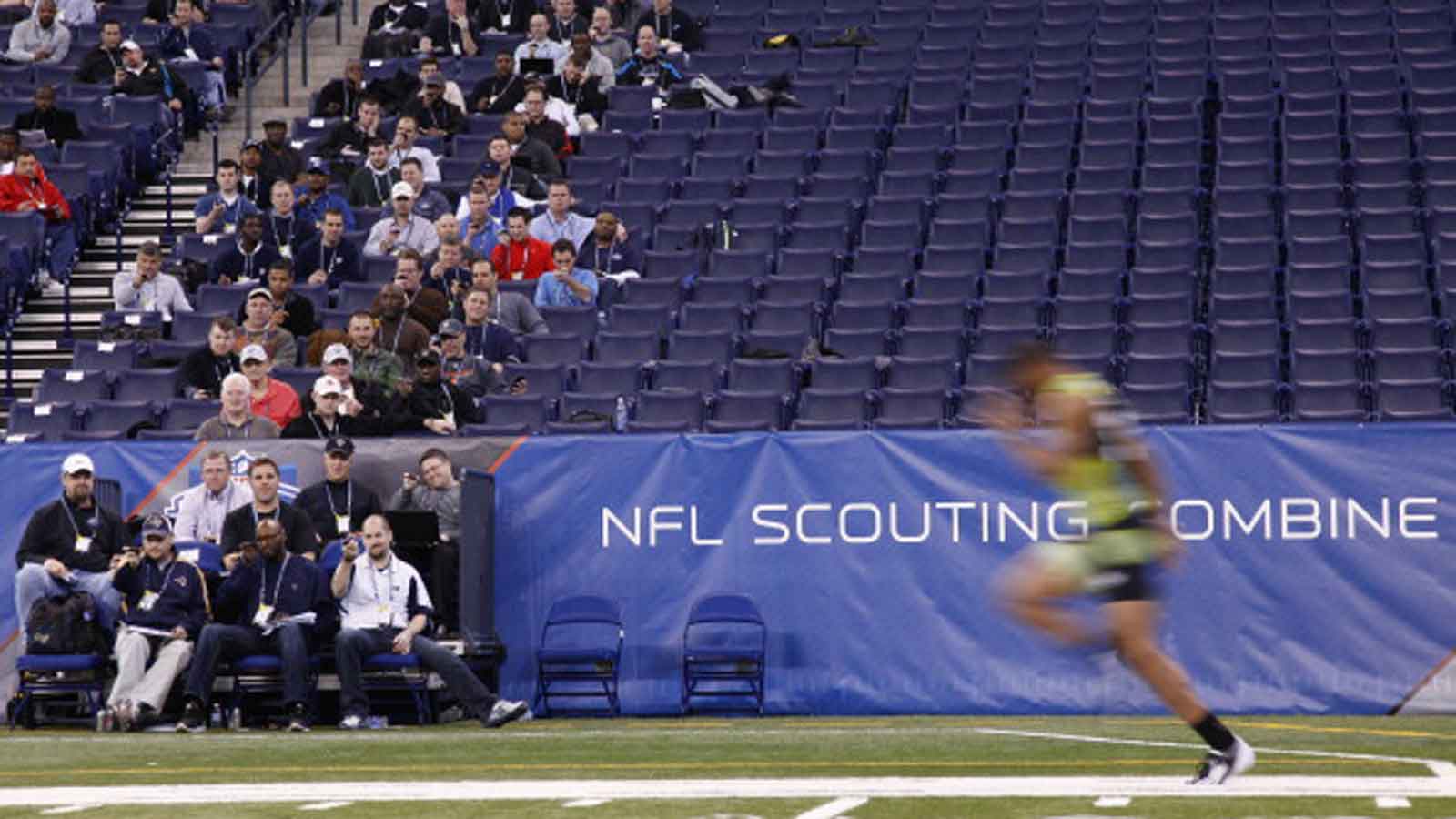 Here's a Complete Guide to the 2022 NFL Scouting Combine

Looking Back at the NFL Scouting Combine's History, Origins

On March 19, $15 million of Wentz’s salary becomes guaranteed, so it seems logical that a decision will be made by then.

Based on the Colts’ comments on Tuesday, it really seems like they’re preparing to move on from the guy the Eagles took with the No. 2 overall pick back in 2016 and the guy Reich convinced the Colts to acquire just a year ago.

When asked if the available quarterbacks this offseason would influence their decision, Ballard at first said he didn’t know. But then said this:

“Ultimately, you have to have a guy you believe in and can win with. That will play some into it but ultimately we’ll make the decision we think is best both in the short and the long-term.”

So that begs the question … Why don’t you believe in Carson Wentz?

Ballard initially disagreed with the premise of that question but then answered it.

“Not saying we don’t (believe in Wentz) but in the long-term best interest for us, I think as we sit down and work through if Carson is the long-term best answer or not is the best way I can put it,” he said. “We’re not there yet. I’m not there yet. That’s something we’ll talk about as a group and we’ll move forward with as a group. Whatever decision we make will be the best decision for us.”

What else is there to evaluate, though?

His numbers in 2021 weren’t bad. He threw for 3,563 yards with 27 touchdowns and 7 interceptions. Pretty solid. But beyond those numbers were some of the same flaws that the Eagles saw in Wentz’s game in 2020. There were moments of ill-advised hero ball. There were the head-scratching plays. And it’s also fair to wonder if Wentz’s sometimes grating personality and stubbornness has played a role in his potential ouster too.

For what it’s worth, Reich at least has some nice things to say about Wentz on Tuesday.

“I know I believe in Carson. I believe in him,” Reich said. “I stuck my neck out for him last year. I was a big part of that decision to get him here. I believe he’s going to continue to have a lot of success at quarterback. That might be here, that might not be here. That decision has yet to be determined.”

So to recap that, Reich believes that Wentz will be successful again … but isn’t sure if it’ll be in Indy, where it seems like plenty of fans have already run out of patience with the 29-year-old quarterback.

While talking about the criticism facing Wentz this offseason, Ballard actually said “most of (the criticism) is fair.”

“It’ll be interesting to see how he grows from this,” Ballard said. “I think he will.”

All this makes you wonder if the Colts and Wentz can ever come back from all this or if the damage has already been done. There was eventually a point of no return in Philadelphia after the Jalen Hurts pick and the hurt feelings and the benching where Wentz had enough and the relationship wasn’t salvageable. Can’t put the toothpaste back in the tube.

Wentz hasn’t always handled criticism very well in his career. And now we have the general manager and the head coach of the Colts still being publicly non-committal a month and a half after the end of the season.

For what it’s worth, Wentz has recently posted that he’s been working out with some Colts receivers and he apparently talked to both Ballard and Reich on Tuesday. But things aren’t looking great.

Even if the Colts somehow land on the decision to keep Wentz in 2022, don’t they have to worry if he’ll be able to mentally handle a return?

Amazingly on Tuesday, former Eagles head coach Doug Pederson actually gave Wentz a stronger endorsement than Ballard. And, remember, it was the relationship between Pederson and Wentz that soured to the point of no return back in 2020. There was a time when their relationship was likened to a marriage.

Pederson, now the head coach of the Jacksonville Jaguars, was asked about Wentz on Tuesday.

“I’ve always wanted the best for him,” Pederson said. “I think he can still win games in this league and help and be the quarterback that I think he can be and we know he can be.”

If Wentz sticks in Indy, Pederson’s Jaguars will face him twice in AFC South battles in 2022.

I just wouldn’t bet on that.