Phillies president of baseball operations Dave Dombrowski began the offseason five weeks ago by listing the team's areas of need.

On Day 1 of the general managers' meetings Monday, Dombrowski was asked what topped that list.

Dombrowski then paused and pondered the question for a moment.

"If I had to say one thing, I'd probably say I'd like to have somebody that can close a game for us, and count on it," he added. 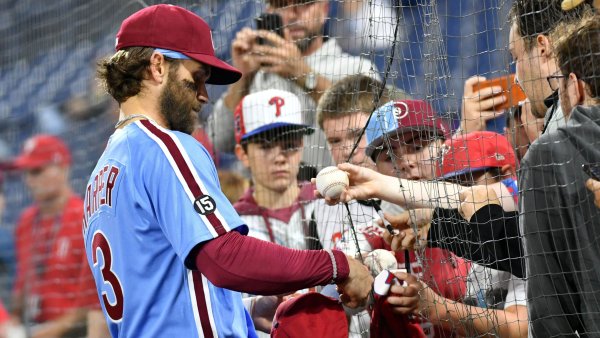 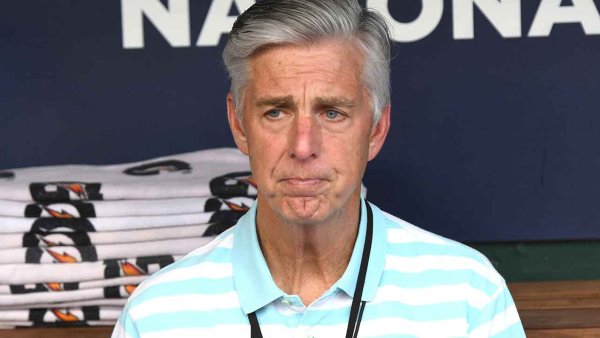 Dombrowski's listing of closer as the team's No. 1 need is not surprising. In four previous stops, he's always been a guy who likes to have a lockdown closer. He watched the Phillies tie a major-league record with 34 blown saves -- not all of them were in the ninth inning -- in 2021 and knows all about the team's historically bad bullpen in 2020, the season before he arrived.

Dombrowski's work in the bullpen won't stop at closer this winter.

"Ideally, you'd like to have a couple of guys at the back end," he said.

There are several closers on the free-agent market that could interest the Phillies. Raisel Iglesias is one of them. The rub there is he received a qualifying offer from the Anaheim Angels. Signing him would result in the Phillies forfeiting a second-round draft pick. That's not a complete dealbreaker, but Dombrowski, speaking about the free-agent market in general, said, "My preference is not to give up a draft pick." Mark Melancon and Kenley Jansen are also free agents and Craig Kimbrel, a guy the Phillies have long had interest in, including this summer at the trade deadline, could be had in a deal with the Chicago White Sox.

As far as setup men, the Phillies have maintained a line of communication with Hector Neris, who pitched well in that role down the stretch in 2021. Neris is now a free agent.

Dombrowski mentioned that returning relievers Sam Coonrod, Connor Brogdon, Jose Alvarado and Seranthony Dominguez are in the team's plans for 2022. Others, including Bailey Falter and newly added Ryan Sherriff, will be in the mix, as well.

Fourteen free agents have received qualifying offers of $18.4 million from their incumbent teams. If those players sign with other clubs, the signing club will forfeit a draft pick.

Outfielders Nick Castellanos, Chris Taylor and Michael Conforto would all fit the description of the bat that Dombrowski would like to add to the outfield. However, all three received a qualifying offer, which could impact the Phils' pursuit of them.

Shortstops Carlos Correa, Corey Seager, Marcus Semien and Trevor Story also received qualifying offers. The Phils are seeking an upgrade at shortstop. That could come in the form of an improved Didi Gregorius, who had a surgical cleanup on his balky right elbow last month. It could also come in the form of rookie Bryson Stott. Dombrowski raved about Stott's development and said he will get a shot to win the job in spring training. Given their faith in Stott, it would not be surprising if the Phils passed on pursuing a top free-agent shortstop and spent their resources elsewhere.

Speaking of resources, Dombrowski said he has received a budget from managing partner John Middleton. He would not divulge the number, but said, "I don't find it restrictive." The Phillies had a $205 million payroll in 2021, sixth-highest in the majors.

The threat of a lockout when the Collective Bargaining Agreement expires on December 1 has not impacted the way Dombrowski is approaching the offseason. He will look to be active on the free-agent market and said he was open-minded to anything, even trading a player from the 26-man roster if it made sense.

"This is just starting," he said of the offseason puzzle. "I wouldn't discount anything."

As for secondary needs on the club, Dombrowski said he'd like to upgrade the backup catching position, which had been filled by Andrew Knapp, who is now a free agent, since 2017.

Dombrowski was not hired until December 11, two months into last year's offseason, so he was forced to play catch-up all of last winter. After a full season on the job, he knows the organization, its personnel and especially its needs.

And, of course, closer.