Awards season continued for Bryce Harper Thursday night with the second Silver Slugger of his career.

Harper last won the award at his position in 2015, the year he was National League MVP. He is one of three finalists for 2021 NL MVP along with Fernando Tatis Jr. and Juan Soto, with Harper the presumed but perhaps not clear favorite.

The Silver Slugger award has existed since 1980 to honor the top offensive player at each position in each league. The vote belongs to MLB managers and coaches, and no manager/coach can vote for a player on his own team.

Harper is only the second Phillie since Chase Utley in 2009 to win a Silver Slugger. J.T. Realmuto won one in 2019.

This nod was no surprise for Harper, who has already won the Hank Aaron Award (best offensive player in each league) and the Player’s Choice award for NL Outstanding Player.

Will Free Agent Hector Neris Return to Phillies' Bullpen in 2022? 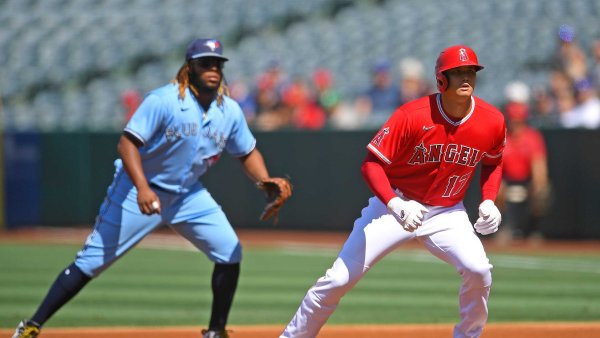 MVP winners will be announced Thursday, November 18 at 6 p.m. on MLB Network. The Phillies also have a Cy Young finalist in Zack Wheeler, with that announcement coming 24 hours earlier.

Harper hit .309/.429/.615 with 35 home runs. He had an incredible second half for a team that was in the postseason mix until late September. He led the majors in slugging percentage, OPS and doubles.