Bryce Harper Has Faith Phillies Will Sign a Stud in MLB Free Agency. Do You?

CLEARWATER, Fla. – Who’s going to play left field and add some thump to the Phillies’ lineup?

Bryce Harper would be surprised if one of them is not a Phillie sometime soon.

“Yeah, absolutely,” the reigning National League MVP said before a workout at Phillies camp Monday. “I mean, it would definitely be a downer.”

Harper has not been to the playoffs in any of his three seasons with the Phillies. He dearly wants to get there in Season 4 and believes adding Schwarber, Castellanos or Bryant would greatly enhance the team’s chances. 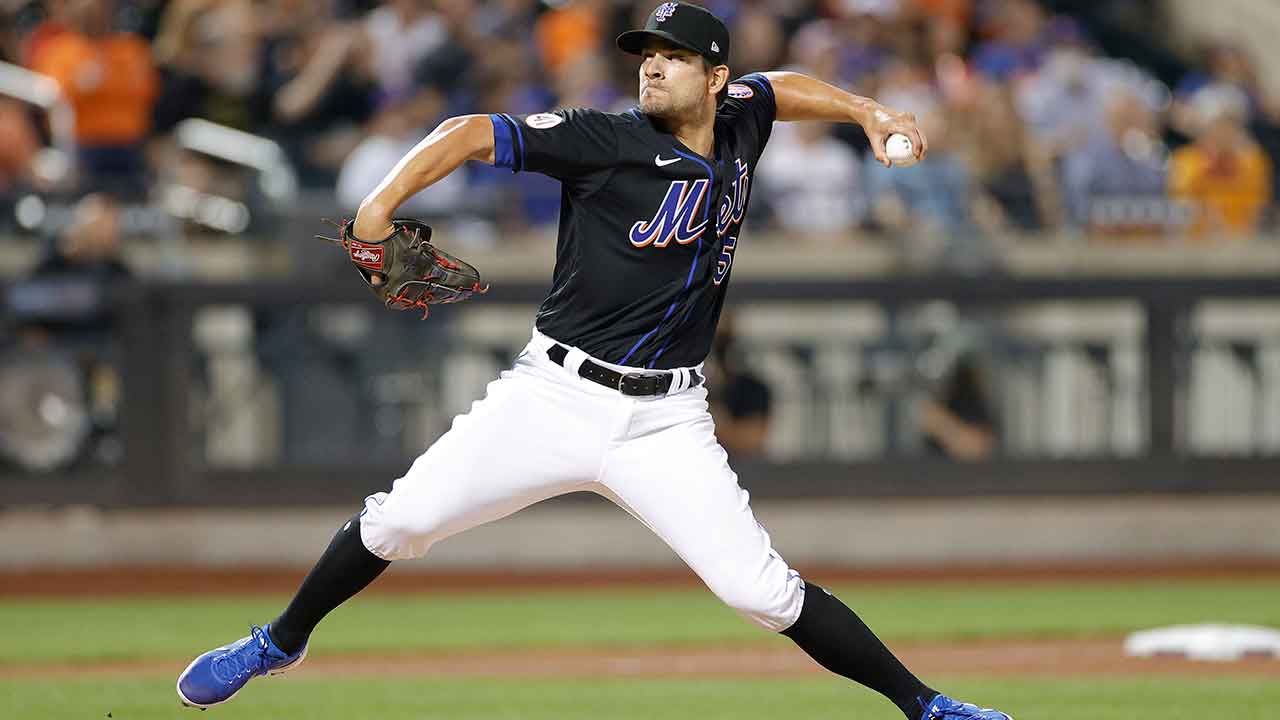 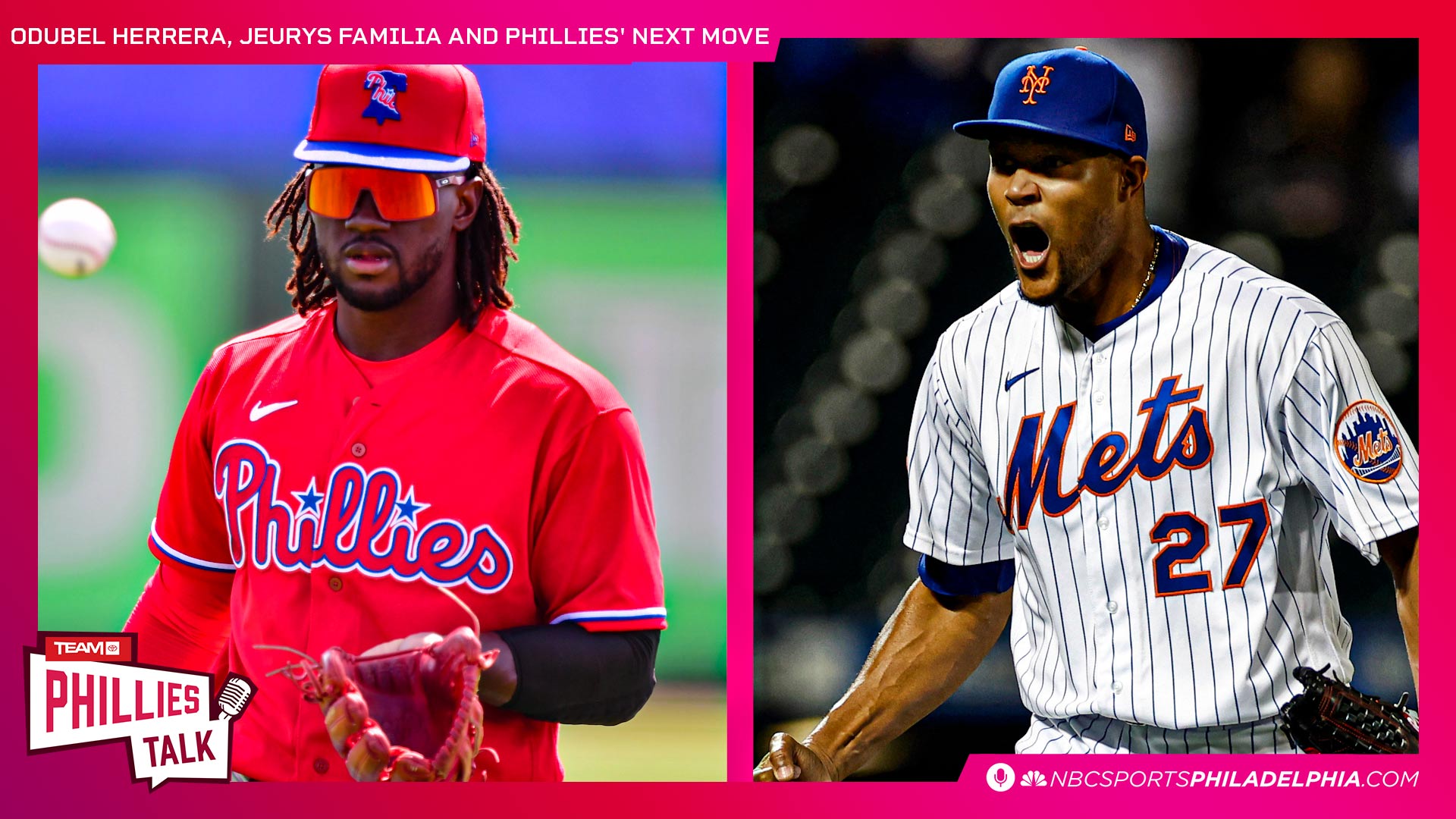 He brought up all three players’ names as he chatted with reporters in front of his locker.

“We're trying to lengthen our bullpen right now to the best that they can, coming to agreements with (Brad) Hand, (Jeurys) Familia, and (Corey) Knebel, as well. I don't think we're done. I don't think we're going to settle for just that right now. I'm not sure. But, I think that having Dave (Dombrowski) at the front being our guy is going to give us the best ability to win. There's three or four guys out there right now that can really help us, and hopefully we can get some of that done.”

Harper was asked if he had a preference.

“I think all three are winners,” he said. “I think they've proven that. I think Schwarber, of course, he won in Chicago, he did a great job for the Red Sox last year and the Nationals. He's a winner as a player.

“KB can play anywhere. Third base, first base, DH, left field, he's a winner, as well, and he's done that. He's come up in big spots, big situations.

“And then Nicky, Casty, I really enjoy him as a player. He's a good left fielder. He'd be a great middle-of-the-order bat for us. But you know, like I said, that's for Dombo to figure out, for him to give us the best ability for us to win. But there's definitely a couple guys out there that I think a lot of guys in this clubhouse like seeing and kind of give us a sense of, 'Man, we're here to win and we have an opportunity to do that.'”

With the addition of Hand ($6 million) on Monday, the Phils’ payroll projects to about $194 million. The team has an agreement with Odubel Herrera, pending a physical exam, that figures to be worth in the neighborhood of $4 million. The competitive balance tax threshold is $230 million so the Phils have room to be aggressive and stay under the tax.

“The CBT is really, you know, something that affects our team,” Harper said. “I think it really helps us because it gives us that luxury of getting two or three more guys that are really impact players. And I think we will go all the way to $230 million, as of now, I hope.

“So I think that's really going to impact our team to go out there and get the guys that are best available and that are smart and work for our team. And like I said before, there’s proven winners out there that help us today. And I think to be able to go out and get at least one of those guys is going to be really huge for us.”

Like Harper, Castellanos and Bryant are represented by high-powered Scott Boras. Free agent outfielder Michael Conforto is also represented by Boras, but Harper did not bring up his name.

Conforto and Castellanos would cost the Phillies a second-round draft pick because they turned down a qualifying offer of $18.4 million from their previous team. Schwarber or Bryant would come without the price of a draft pick.

The Phillies were deep into negotiations with Schwarber before the lockout.

“I don't see us going out and going crazy on (Carlos) Correa or anything like that because it doesn't make sense for us. But I think there's a couple guys out there that would definitely make sense for us and they know that. I don't need to reiterate that. I think the fanbase knows that. I think the city of Philadelphia knows that. But I think we definitely need somebody that just gives us the best chance to win. When you get a guy like that or a caliber of player like that, it just brings the energy into your clubhouse that much more, knowing that your team is behind you, your organization is behind you. And it really just gives you the best chance to win each night you go out there.”

Harper is a keen observer of the game and the business of baseball. He’s noticed what the NL East-rival Mets have done, signing Max Scherzer (to go with Jacob deGrom at the top of the rotation), Starling Marte, Mark Canha and Eduardo Escobar.

“They’re going to be a very good team,” Harper said. He mentioned their second-year owner, Steve Cohen. “Mr. Cohen, he’s done a great job evolving his team and doing what he kind of wanted to do. He’s putting his splash on the market, on baseball. It’s great for the players to have that. I’m not going to deny that.

“He’s doing what’s best for the Mets and their fan base and that organization. They’ve gone out and gotten the players they need to compete and I think you have to look at it and think if we can go into the season and not really worry about who we’re playing and just kind of play our game regardless of who is on the other side of the field, knowing anything can happen, but you have to respect that and understand they’re going to be really good, being able to get Scherzer and deGrom at the top of their rotation. It’s something you don’t see often in baseball. You have teams like that, the Mets, the Dodgers. Of course, the Dodgers go for it every year.

“So, we just have to build the team the best we can. Like I said, we have faith in Dombo to do that and see where we’re at by the end of spring. We’re excited about the guys we have in here right now, young guys as well. I’m looking forward to seeing where we are.”