It was vintage Andy Reid. Throwing on 4th-and-inches with a 35-year-old backup quarterback to put a playoff game away in the final minutes?

Despite losing Pat Mahomes to a concussion in the third quarter, the Chiefs beat the Browns 22-17 Sunday in an AFC conference semifinal round playoff game at Arrowhead Stadium.

Big Red will coach at least one more postseason game this year when the Chiefs host Sean McDermott and the Bills Sunday in the AFC Championship Game. 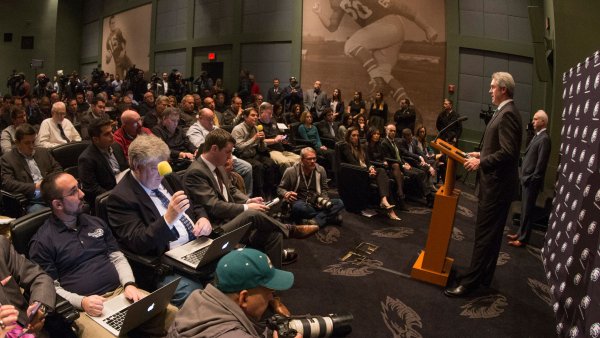 Looking Back at the Eagles' Last Coaching Search in 2016 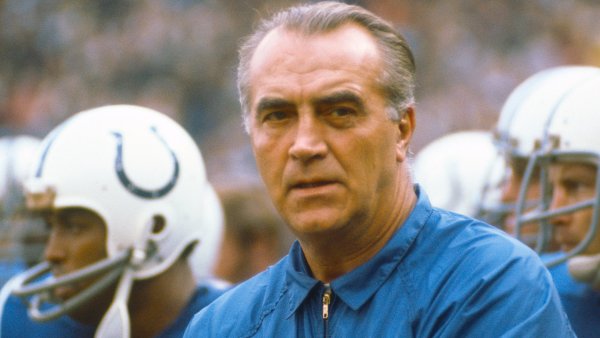 Here are 10 crazy Andy Reid and related stats as the long-time Eagles coach continues to build his Hall of Fame resume:

FIRST COACH SINCE HIMSELF: The Chiefs on Sunday became the second team in NFL history to host three straight conference championship games. The only other one was the Eagles in 2002, 2003 and 2004, also coached by Reid.

THE ONLY ONE IN HISTORY: Reid is the only coach in NFL history to win six or more playoff games with two different teams. Only two other coaches have won as many as four postseason games with two teams: Tom Coughlin won four with the Jaguars and eight with the Giants and Mike Holmgren won nine with the Packers and four with the Seahawks. Dick Vermeil, Chuck Knox, John Fox and Dan Reeves all won three with two different teams.

CHASING BELICHICK: The Chiefs’ five-game postseason winning streak equals the 11th-longest in NFL history, and a win Sunday in the AFC Championship Game will give them the 8th-longest streak. If the Chiefs win the Super Bowl, they will have the 3rd-longest streak ever (behind the 2001 through 2005 Patriots’ 10-game streak and the 1961 through 1967 Packers’ 9-game streak).

FACING HIS FRIENDS: Sunday’s AFC Championship Game will be Reid’s second postseason game against one of his former assistants. In 2008, the Eagles beat Brad Childress’s Vikings 26-14 in a wild-card game in Minneapolis.

UNPRECEDENTED: Chad Henne’s clinching 4th-down completion to Tyreek Hill with 1:14 left was the first 4th-down completion in the final two minutes of a playoff game by a team with a one-possession lead as far back as Stathead’s play finder goes, which is 1994.

REMEMBER THAT GUY? Henne, who’s 35, became the second-oldest oldest QB in NFL history to enter a playoff game as a reserve and complete at least one pass. The only older sub is Josh McCown, who replaced Carson Wentz in the Eagles’ playoff loss to the Seahawks last year. So Henne is the oldest backup QB in postseason history to contribute to a win.

SEAN VS. ANDY: And finally a quick stat on Sean McDermott: Even though he’s only been coach of the Bills for four years, he’s already tied for the second-most postseason wins in the history of a franchise that’s been around for 61 years. Marv Levy won 11 playoff games, and McDermott and Lou Saban (whose wins were in the AFL in the mid-1960s) won two each.