NBA Draft Prospect Carsen Edwards Is Mild-Mannered, but on the Court, Will ‘Try to Tear Your Throat Out'

When you talk to Carsen Edwards, he's as well- and mild-mannered as they come. He's engaging, polite, humble - everything you'd want a draft prospect to be.

The Purdue standout, who could be a first-round pick in the 2019 NBA draft, is going through the pre-draft workout gauntlet. The diminutive guard was at the Sixers' training facility in Camden a couple weeks ago, where he was asked about his height, his shot and his fit. He answered all questions with congeniality and aplomb.

While the gracious young man that is going through the workout circuit is genuine, there's another side to Edwards that gets unleashed between the lines.

Edwards' parents, James and Carla, instilled those warmer qualities into Carsen as well as his brother Jai and sisters, Madison and Aspen. He had a blue-collar upbringing in Atascocita, Texas, in the Houston metropolitan area. His dad is in the insurance business while his mom was "the old-school disciplinarian." 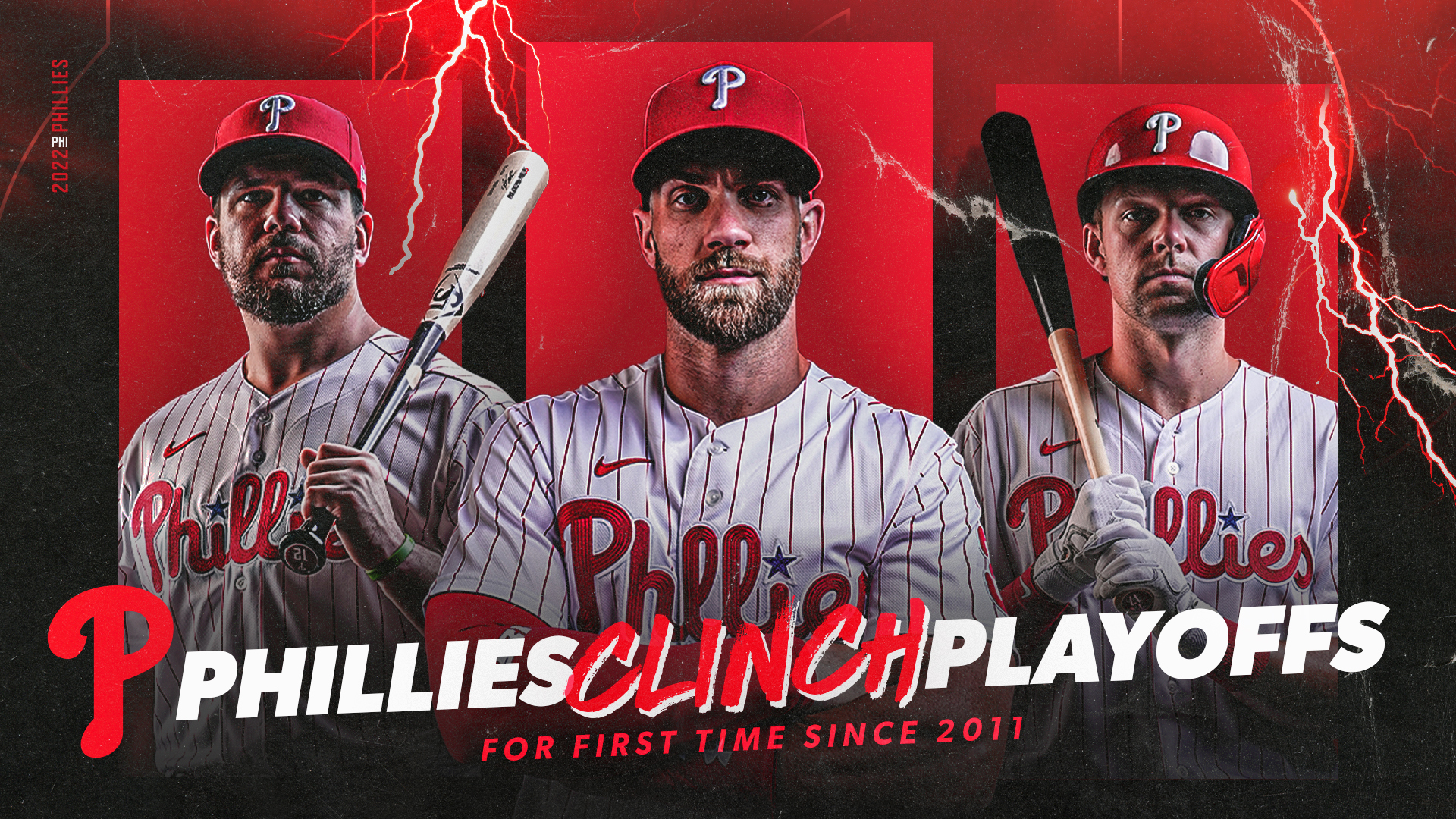 Humility and respect were the two main things taught in the Edwards' household.

"Everything that I learned - my mannerisms, everything - I get from my parents," Edwards said to NBC Sports Philadelphia. "Just the way I carry myself, they raised me that way. To understand that you've got to be humble, but then respect everybody the same way, regardless of who they are, regardless of what they do, just respect them the same way and just carry yourself the best way possible because first impression is really important."

While his upbringing made him an upstanding young man, the competitiveness was just ingrained in him - and it's been a blessing and a curse for him at times on the court.

Martinez, who spoke to NBC Sports Philadelphia via phone, was Edwards' coach at Atascocita High School. They met at a barbershop when Edwards was in the third grade and just happened to get to Atascocita High the same year.

The coach developed a close relationship with the Edwards family - especially when Carsen struggled a little during his early high school days.

Because of that competitive nature, Edwards was anxious to get on the court. When he wasn't getting playing time as a freshman, he got frustrated. Hernandez described it as "growing pains" and said his parents were instrumental in getting Edwards to refocus.

Before too long, it all came together.

Right around the time "the light bulb" came on for Edwards, he started getting the attention of college coaches. Edwards played for Houston Hoops, which is the AAU team you want to be on growing up in the area. While many of the coaches that watched Houston Hoops were looking at De'Aaron Fox, who would go on to star at Kentucky and become the fifth overall pick in 2017, Jack Owens took notice of Edwards.

Owens, now the head coach of Miami University (Ohio), was the associate head coach at Purdue at the time. While some schools may have been scared off by Edwards' height, Owens saw beyond that. He saw a player who could score the basketball at will and had no fear on the court. Edwards had other offers, including ones closer to home, but Owens' and head coach Matt Painter's early interest swayed the young guard.

When he got to Purdue, it was sort of like déjà vu for Edwards. He once again had talented players in front of him as a freshman with Caleb Swanigan and Vince Edwards, who were both selected in the NBA draft, leading the Boilermakers to the Sweet 16. While he did have a role, starting 21 games and finishing fourth on the team in scoring, it still wasn't enough for the ultra-competitive Edwards.

Yet again, he didn't want to "wait his turn."

"His freshman year, he came in with some guys who were older than him," Owens said in a phone interview with NBC Sports Philadelphia. "It took an adjustment period for him to understand. The year that he had last year, he wanted his freshman year. But he was a guy that always worked, who stayed in the gym and always worked on his craft as far as shooting the basketball. The things that he could do - go full speed and shoot a bank shot off the glass and things like that - as a true freshman were things I never saw from a freshman. He would shoot the basketball at a high clip and he's so competitive, he wants to win every drill."

While his competitive nature led to frustrating moments early on in high school and college, it also fueled him to become better. Even at Atascocita High, his desire to get on the floor led to him coming to school at 6 a.m. to put up shots before class. That sparked Owens' interest and gave him a chance to compete at a high level at Purdue.

He learned how to a harness that competitiveness with humility.

I just enjoy competing, man," Edwards said. "That's the one thing I love about this game, just being able to go at people. ... It was hard for me to understand roles because I was just competing and trying to be the No. 1 guy. Coming into it, it was a learning experience for me. Sophomore year it kind of clicked for me, understand your role, which was one of the better learning experiences for me in the game of basketball. Just finding your role and finding something where you can stick out and help your team and do what someone else might not do.

The results speak for themselves. Edwards ascended into stardom once he figured things out at the college level. He made the All-Big Ten First Team in back-to-back seasons, becoming the conference's most prolific scorer and one of the most prolific scorers in the country.

If you watched the NCAA Tournament, you more than likely saw Edwards set brackets aflame. He averaged 34.8 points a game - including a pair of 42-point performances against Villanova and eventual national champion Virginia. He shot a lusty 45.9 percent from three on an incredible 15.3 attempts a game during the tourney.

The win over Virginia was the only game Owens got to see of Edwards in person this season and Edwards put on a show for his former coach.

"He's going to be able to score the basketball [in the NBA] in my opinion," Owens said. "He has unlimited range. I thought he showed that in the NCAA Tournament run where he has the capability. You're talking about one of the best teams in college basketball from a defensive standpoint [in Virginia] and he was able to go off and just make play after play and shot after shot."

For several of the players who had big NCAA Tournaments like Texas Tech's Chris Culver and Virginia's De'Andre Hunter, those standouts performances got them top-10 draft buzz. For Edwards, it got him on the fringe of the first round.

So how is a player that hung a pair of 42-point games against two elite college programs on the biggest of stages in danger of falling to the second round?

Edwards is barely 6-foot. In a league that's becoming increasingly about positionless basketball and switchable defenders, Edwards is a dinosaur as a small, scoring guard.

But those putting too much stock into his stature may be doing so at their own peril. He has a 6-foot-6 wingspan and he's built like a tank. He's 200 pounds and was walking around the Sixers' practice facility in shorts that showed off his massive quads. He showed a propensity to get his shot off over taller defenders, including Hunter, who's 6-foot-7 and features a reported 7-2 wingspan.

While the Sixers have shown a lot of interest in long and athletic players over the years, they could certainly use someone that can flat out score.

Martinez compared Edwards to former Sixer Dana Barros, who stood at 5-11. While that may induce a yawn from Sixers fans, let's not forget the two seasons Barros had as a Sixer. He averaged 16.9 points a game while shooting 42.6 percent from three and made an All-Star team.

The height and explosive scoring ability are where Martinez draws that comparison, but Edwards is built more like North Philly native Kyle Lowry - who's fresh off a terrific NBA Finals run which culminated in an outstanding Game 6 performance. He also plays with a similar toughness to Lowry thanks in part to his football background.

Let's also not forget about a 6-foot guard from Georgetown that worked out pretty damn well for the city of Philadelphia.

"Not saying he's Allen Iverson by any means, I'm just saying he has that chip on his shoulder where he's going to compete and lay it on the line night in and night out.

While drafting the next A.I. would be great, that's not what the Sixers need nor is it a likely reality at No. 24. They need a guy that can play alongside their stars. They need a player that's competitive, but will also understand that he has a role to fit into.

While Edwards hasn't always fit that mold, thanks to his parents and his experiences, he does now.

"You know, he doesn't really have a story. That's kind of the unique thing about him," Martinez said. "I know everyone's looking for this special story from him, but he's just from a hard-working family. They got a normal house just like the rest of us. His dad makes him cut the grass. Makes him do all the other things that a blue-collar family make their kids do."

Edwards confirmed the grass-cutting part. Even after being in the national spotlight in the tournament and going through the pre-draft process and with his NBA career beginning in earnest in a few months, his dad is still likely to put him to work.

"That's my dad," Edwards said. "Even as I go through this process, man. After this, when I head home for the draft and everything, I might just have to do yard work again. There's no telling."

When pressed, Martinez did have a story that encompasses what Edwards is all about. After winning a tournament in Neosho, Missouri, Edwards and his teammates were waiting for their bus to arrive to go home. While Martinez was speaking with a reporter, he looked up into the bleachers and something caught his eye.

Edwards was in the stands helping the custodian pick up trash. After a while, his teammates began to join Edwards in helping with the cleanup. Nobody asked Edwards to do it. His coach wasn't around. The janitor didn't solicit his help.

He just did it.

You treat everybody the same," Edwards said about why he did it. "You treat everybody with the same respect. Everyone else was busy, we're just waiting on the bus to leave. It's not even like I had nothing else better to do, but I just saw the guy, he's doing it by himself and felt like he could use a hand so I was just up there helping. What separates me from him to help clean up? So I just kind of knocked it out and some guys followed me.

James and Carla got it right.