All of Ben Simmons' virtuoso passing, all of Joel Embiid's vicious blocks and yes, all the petty sweatshirts have led to this moment.

The NBA Awards Show is tonight. Here's everything you need to know as a Sixers fan. 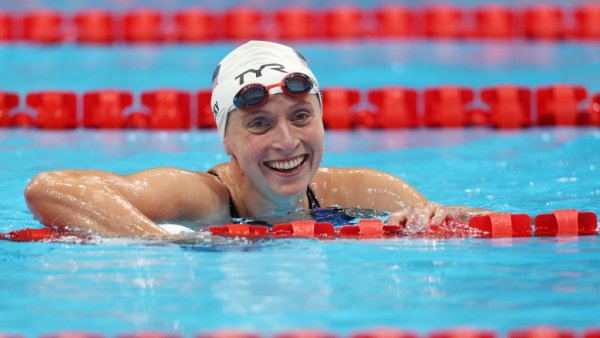 What time does the show start?

The Awards Show, which will take place at Barker Hangar in Santa Monica, California, will begin at 9 p.m. on TNT. The votes of the media members who decide the awards are already in - this is just the grand unveiling.

Which awards will be announced?

MVP, Rookie of the Year, Sixth Man, Defensive Player of the Year, Most Improved Player and Coach of the Year. All-NBA, All-Defensive and All-Rookie teams have already been announced.

Which Sixers are nominated? Who's their competition?

Simmons is one of three nominees for Rookie of the Year, along with Donovan Mitchell and Jayson Tatum. Embiid is a finalist for Defensive Player of the Year. Anthony Davis and Rudy Gobert are his competition for the award.

They're not going to snub Simmons, right?

We've already covered many of the reasons Simmons should win here - he has a very strong case.

But the Sixers don't have a great recent history with this award. Last year, Malcolm Brogdon beat out Embiid and Dario Saric to claim the honor, and Sixers fans are probably never going to forgive him for it.

Still, it would be a real surprise if Simmons didn't win. Outside of scoring, he holds the advantage over Mitchell in just about every statistical category you could imagine - rebounds, assists, steals, blocks, net rating, win shares, PER, etc. He also led his team to a 52-win season as a rookie point guard and had 12 regular-season triple-doubles, the second-most ever by a rookie.

In most other years, Mitchell, who averaged 20.5 points, 3.7 rebounds and 3.7 assists per game, would be the clear winner, but Simmons should definitely have the edge over him.

Though Jayson Tatum was incredible in the playoffs, this is a regular season award, so he shouldn't be a factor.

What are Embiid's chances?

Well, Embiid has already shared his thoughts on the awards (see story). On Apr. 11, he had this to say:

It is what is, [the media] has a lot of say in it, but I think [Brett Brown] should be the Coach of the Year, Ben should be Rookie of the Year, and I should be the Defensive Player of the Year because I feel like all year long we've done it. My teammates have helped me a lot and I'm in this situation because of them. I give them a lot of credit. But I still feel like I've been the best defensive player in the league this year. Last year, I kind of had the knock on me of not playing a lot of games, but this year I've played a lot of games, so I don't know what excuse they're going to find next.

While Brown wasn't nominated for Coach of the Year (Dwayne Casey, Quin Snyder and Brad Stevens are the finalists), Embiid does have a chance at Defensive Player of the Year. Unlike Simmons, however, he's not the clear favorite.

It's not a great sign for Embiid that Gobert and Davis both made the NBA All-Defensive Team, while he did not.

Each player has a solid case. Davis led the leagues in blocks by a wide margin, with 183. Gobert has the advantage over both in defensive rating, defensive box plus-minus and defensive real plus-minus, and he anchored the team with the second-best defensive rating in the NBA. With Embiid on the floor, the Sixers allowed about four fewer points per 100 possessions than when he was out.

Michael Carter-Williams was the last Rookie of the Year for the Sixers, in 2013-14. Dikembe Mutombo won Defensive Player of the Year in 2001.

More on the Sixers: