A Young Fan, Nate Sudfeld's 1st NFL TD and the Sweet Story of What Came After

"It’s still sinking in that I got an NFL football, and I got to meet players"

Look, you would want to keep the football that you threw for your first touchdown in the NFL, too.

That's how Eagles third-string quarterback Nate Sudfeld felt after subbing in for an injured Nick Foles Sunday. In the fourth quarter, he floated the ball to Nelson Agholor in the fourth quarter for a TD against the Redskins -- Sudfeld's first in the NFL.

Sudfeld called to Agholor to keep the ball, but Agholor was already handing it to a jersey-clad kid in the stands. 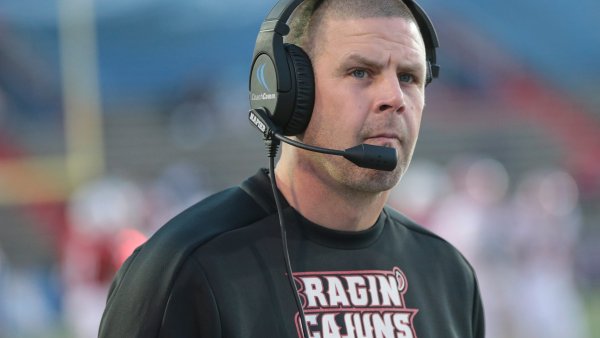 Which led to a sweet scene in which the young fan gave Sudfeld the ball and got plenty in return.

"It’s still sinking in that I got an NFL football, and I got to meet players," said Cohen Zechman, 10, via Facebook Live.

Cohen and his dad, Derrick, were seated in the second row of the end zone when Agholor scored. Cohen looked thrilled when his dad was able to get Agholor's attention and then got the ball for his son.

And Sudfeld looked a little sheepish when he approached and asked if there was any way they could switch.

"Nelson was looking all over. Then, he spotted me and came over. He gave me the ball. Then, I saw Nate had, like, a funny face," Cohen said.

The swap was made. But don't worry about Cohen, an Eagles fan from Northumberland County, Pennsylvania.

He ended up with not only good feelings from Eagles fans everywhere but with another signed ball and gloves from Agholor and Zach Ertz.

They will fit in well with Cohen's collection of Eagles swag, including a Fathead, signed helmet and replica Super Bowl ring.

"Pretty cool stuff, but what we got last night really was awesome!" Cohen's mom said on the Facebook Live.

"It worked out nice because I got a ball, and he got his first career touchdown. And he deserves it more," Cohen said.