Jamie Moyer is headed to the Hall of Fame.

Well, maybe his uniform anyway. Or perhaps even his glove.

Cooperstown has asked for some sort of memorabilia from Moyer to commemorate his record-setting night as the 49-year-old left-hander became the oldest pitcher to ever win a major league contest. 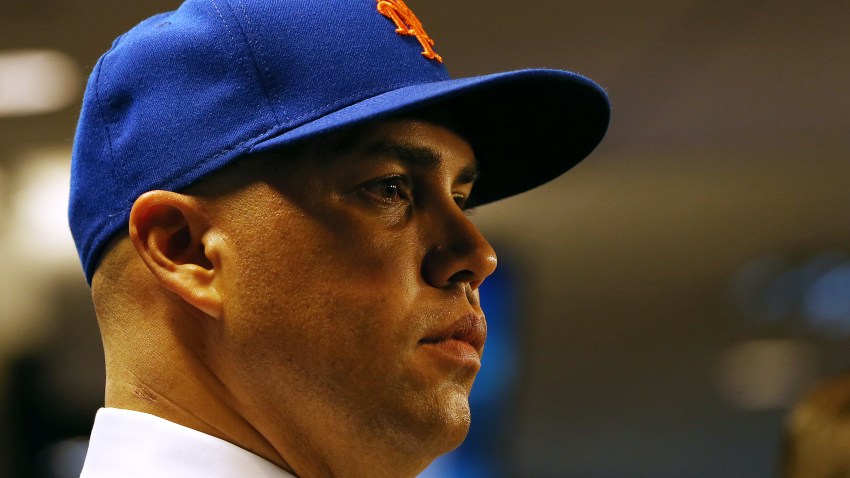 And whatever the Hall of Fame decides it wants, Moyer, a native of Souderton, Pa., said he will certainly deliver after throwing seven efficient innings to help the Colorado Rockies beat the San Diego Padres 5-3 on Tuesday.

“To have your name mentioned with great players of the past or Hall of Fame players, it's pretty special,” Moyer said.

For Moyer (1-2), making history was nice. But stopping the Rockies' two-game skid was just as rewarding.

Moyer was effective all evening as he picked up his 268th career win, tying him with Hall of Famer Jim Palmer for 34th on the career list.

He relied on a cutter the Padres couldn't get good wood on and a 78-mph fastball that danced all over the place. The former Phillies hurler gave up just six hits and two runs -- both unearned -- as he kept the Padres hitters off balance and guessing.

“Today, for me, just like it's been my previous two starts -- going out and trying to give my best effort,” Moyer said.

That's a tried and true formula for success, one that's worked well for Moyer over a career that has stretched more than a quarter century and included 689 games.

Moyer earned that elusive win for the ages in his third start of the season. He is 49 years, 150 days old.

That's important to note since before Moyer's effort the oldest pitcher to win a game in the majors was Jack Quinn of the Brooklyn Dodgers on Sept. 13, 1932, when he was 49 years, 70 days old.

Moyer doesn't know all that much about Quinn. He wishes he did, though.

“As players, we should know more about the game, the history of the game,” Moyer said. “You need to respect the game and the people that came before you.”

But this milestone win was far from easy.

Moyer missed all of last season after undergoing Tommy John surgery on his throwing arm and had to earn the Rockies’ fifth-starter spot after inking a minor league deal before spring training.

With streaks of gray in his hair, Moyer looks like a player who will turn 50 in November.

But once he steps on the mound that youthful exuberance returns.

He's transformed into a kid again, sprinting out to the mound after each inning.

On this night, he looked more like a spry rookie than a veteran nearing retirement -- or at least his AARP card.

“It's a great night for the Rockies, as far as winning a baseball game. But it's an historic night for one tremendous human being,” Rockies manager Jim Tracy said. “It couldn't happen to a better guy. A more professional person I don't know I've been around.”

The aged wonder used his wealth of experience to his advantage against the young Padres, six of whom weren't even born when Moyer made his major league debut in 1986. That included Anthony Bass (0-2), a pitcher half Moyer's age who went five innings and gave up three runs.

Mark Kotsay's first plate appearance of the season was a single in the opening inning. Kotsay was activated off the disabled list on Monday after missing the first 10 games with a strained right calf muscle.

That his first hit should be against Moyer hardly comes as a surprise since the 36-year-old Kotsay has a .583 lifetime average against Moyer. They even exchanged friendly grins after each of Kotsay's two singles.

Kotsay also has tremendous amount of respect for Moyer.

“It says something about how much he loves to compete and his willingness to work, and at 49, to go out and throw the ball and have success,” said Kotsay, who faced the veteran for the first time since June 13, 2006, when Kotsay was with the Oakland A's and Moyer a member of the Seattle Mariners.

“It's a great story,” Black said. “It's wonderful that he's continued to get the results needed to stay in the major leagues. This is a performance-driven game and the last 15 years of his career have been outstanding.”