Six months ago, it seemed likely the Phillies would follow Andy MacPhail's "develop the arms, buy the bats" philosophy and draft a pitcher. It seems less likely now as none of the pitchers have separated themselves.

With the MLB draft tonight and the Phillies hours away from picking first overall for the second time in franchise history, let's take a look at five of the most realistic options for the pick: 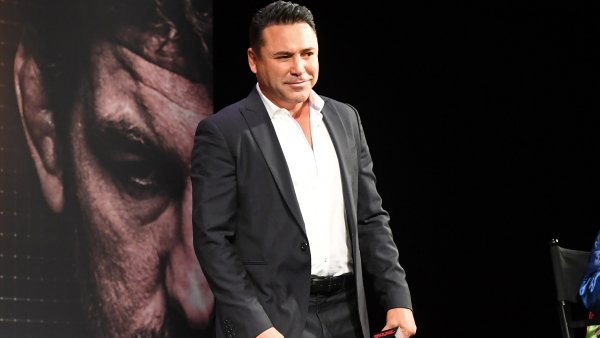 Gillick and Charlie Manuel have personally seen all of the top names on the Phillies' list, scouting director Johnny Almaraz said earlier this week, and that includes Moniak.

Baseball America has Moniak going first to the Phillies in their latest mock draft, rating him as the best high school hitter and outfield defender in the draft. He isn't a giant, but he has speed and tools, and is regarded as one of the two highest-upside bats in the draft.

Moniak has drawn comparisons to Christian Yelich and Steve Finley.

Another reason a player like Moniak might attract the Phillies is the possibility they could sign him below slot. Since he's not regarded as the clear No. 1 pick, the Phils may be able to get Moniak to sign for less than the $9.01 million maximum, which would then allow them to spend more on their second pick. Players thought to require a larger signing bonus can slip in the draft. The Astros went this route in 2012 when they drafted Carlos Correa first overall and had money left to sign second-round pick Lance McCullers. Not bad. Houston did it again last June by taking Alex Bregman second overall and having money to spare to sign highly-touted outfielder Daz Cameron in the second.

In the grand scheme of things, the Phillies' second-round pick, 42nd overall, is almost as important as their first.

Kyle Lewis, OF, Mercer University
Baseball America's Player of the Year, Lewis hit .395 with 20 homers and 72 RBIs for Mercer this season. He also had 66 walks, second-most in the country.

A right-handed hitter, Lewis was the Southern Conference Player of the Year two seasons in a row. He has the potential to be the most dangerous hitter in this draft because of his raw power, but the questions are related to the conference in which he played. Lewis might have been the slam-dunk first overall pick if he played in a power conference, but he didn't. Almaraz said this week that there's more of a comfort level for his scouts when they're evaluating a player in the SEC or the Pac-12 who faces top-level competition.

"Their performance is usually a pretty good indicator of how they're going to do in professional baseball," Almaraz said of power conference players.

But there are exceptions.

"Then you have the flip-side, someone like Jordan Zimmermann who came out of a D-III school up in Wisconsin and is one of the best pitchers in baseball. We make sure that we're scouring every school and every player."

Jason Groome, LHP, Barnegat HS (N.J.)
Groome will be a high-risk, high-reward pick for whichever team drafts him in the first round. Baseball America's latest mock had him going 14th to the Indians.

High school arms are just so difficult to gauge. Groome entered the spring as BA's top draft prospect and went on to post a 1.13 ERA with 90 strikeouts in 39 2/3 innings this season. He did struggle in Barnegat's loss in the Ocean County Tournament semifinals, allowing seven runs, four earned, to Toms River North.

Groome was also temporarily ineligible this season for violating New Jersey's transfer rule. He pitched at the IMG Academy in Florida last year before transferring back to Barnegat. But he didn't sit out the required 30 days or half the season's games, and so his stats were erased, as were all of the Barnegat wins in which he played.

Groome, a 6-foot-5, 230-pound lefty, is intriguing in part because there are so few power lefties in today's game. His fastball has reached 97 mph; the hardest-throwing left-handed starting pitcher in baseball this season has been Steven Matz with a 93.5 mph average.

Almaraz's description of Groome earlier this week implied the Phillies see him as a very good but not great prospect.

A.J. Puk, LHP, University of Florida
Puk's name doesn't carry the same weight it did early in the spring. The Gators are 50-13 this season, but Puk is just 2-3 with a 3.21 ERA and has pitched 20 fewer innings than two of his teammates in the same number of starts.

He will still probably go in the top five, but he didn't cement himself as the No. 1 pick in this year's draft. And there's just a bigger whiff rate with pitchers. Top-five position players have been much safer in recent years. Brady Aiken, Tyler Kolek, Mark Appel, Danny Hultzen, Dylan Bundy and Kohl Stewart are all examples of pitchers taken in the top five since 2011 who have had slow starts to their careers, either because of injury or ineffectiveness.

You've got to be sure about a pitcher if you're taking him first overall, and it's hard to get the impression the Phillies are sold on Puk.

Corey Ray, OF, University of Louisville
Ray, like Moniak, may sign for less than the maximum amount. Unlike Moniak, he's more of a finished product, having played for a top college team in Louisville. Ray hit .320 with 15 homers, 58 RBIs and 39 steals in 59 games for the Cardinals, who are the No. 2 overall seed in the NCAA Tournament.

Ray is a left-handed hitter with power and speed. Baseball America projects him to go fifth overall to the Brewers.

There have been some questions about Ray's defense in center field, a position to which he's relatively new.