Team USA Advances to Semifinals With Win Over Great Britain

The U.S. dominated on takeouts, collecting 40 to just 25 by Great Britain

There were eight different scenarios for what would happen if the U.S. men's curling team defeated Great Britain Tuesday night.

There were also eight scenarios for what would happen if they lost, none of which featured them making the semifinals.

Sitting on a record of 4-4, the U.S. was in a win-and-you're-in situation, and they knew it. Luckily for John Shuster's team, they didn't have to worry about that, because they took care of business when it mattered most, defeating Great Britain 10-4 in eight ends. 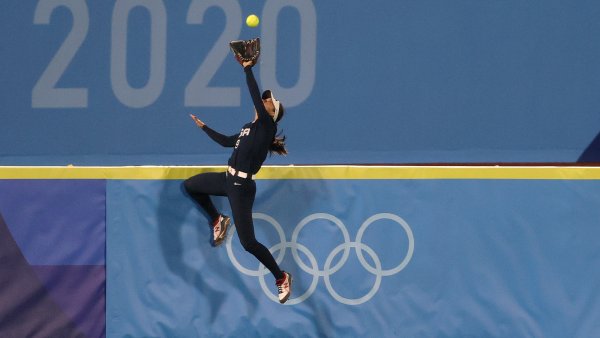 John Shuster's team jumped ahead early. Great Britain had one takeout on their final throw, but just missed a second by inches, setting up an easy two points for Team USA in the first.

The U.S. dominated on takeouts, collecting 40 to just 25 by Great Britain. They were successful on 90 percent of their takeout attempts.

Great Britain answered the U.S.'s early double by scoring one point in three straight ends. In the fourth, the U.S. had an easy point they could have taken by just landing the hammer on the button, but Shuster decided to take a risk and go for a takeout and possible two points instead. It didn't work, as his shot not only missed the takeout but also rolled too far to the right, giving Great Britain a steal and their first lead, 3-2.

Shuster's risks paid off better in the fifth. Sitting two in the house just outside a British stone, he went for another takeout and got it, scoring three in the end to put his team up 5-3 at the midpoint break.

The U.S. led 6-4 heading into the eighth when the wheels fell off for Britain. They tapped their own stone on their second to last throw, setting up Shuster to land his final shot easily inside. Britain's skip Kyle Smith had a chance for takeouts on the hammer, but his throw was much too light, and not even close to touching any U.S. stones, giving Shuster's squad four more points and forcing Smith to concede.

The win, coupled with a loss by Japan, guarantees the No. 3 seed in the semifinals to the U.S. after they finish round robin play 5-4. It will be the first time the U.S. has reached the semifinals since 2006 when they won the bronze medal. Shuster was a lead on that team, and has played in every Olympics since.

Great Britain, also 5-4, will now play 5-4 Switzerland in a tiebreak game Wednesday night at 6 p.m. for the fourth semifinal seed.