Darryl Boyce scored the go-ahead goal late in the third period to rally the Toronto Maple Leafs to a 3-2 win over the Philadelphia Flyers on Thursday night.

Boyce's goal with 4:30 left gave the Maple Leafs a win in their ninth straight one-goal game (6-0-3). Toronto continued its late push into the Eastern Conference playoff race and has a seventh or eighth seed in sight.

Nikolai Kulemin and Dion Phaneuf also scored for the Maple Leafs, who trailed 2-1 late in the second period.

Kris Versteeg scored twice for the Flyers against his former team. Toronto traded him to Philadelphia last month. 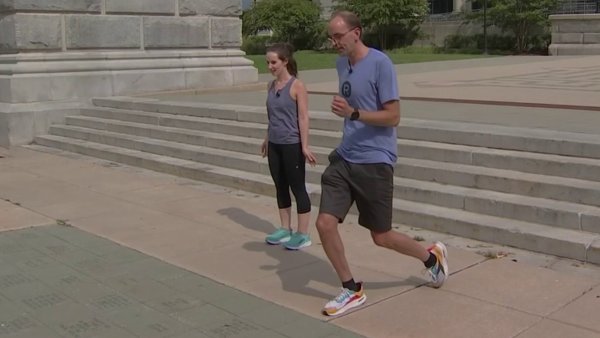 The Flyers lost consecutive games for the first time since Dec. 20 and 28th.

The Maple Leafs continue to shine in the tight games. They've earned a point in 14 of 16 games since the All-Star break to jump into playoff contention.

They've done it without Versteeg _ who nearly cost them a needed victory.

He scored goals in the first and second periods to put the Eastern Conference-leading Flyers ahead late in the second, which has almost been an automatic win for them this season.

Phaneuf tapped in a rebound with 10.5 seconds left in the second period that tied the game at 2-all and sucked the momentum away from the Flyers.

The Maple Leafs caught a huge break midway through the third when James van Riemsdyk's slapper popped out of James Reimer's mitt and almost into the net when it was cleared out before it cost them the go-ahead goal.

Boyce capitalized when Toronto won the battle for the puck behind the net and slipped it past Sergei Bobrovsky for the winner and his fourth goal of the season.

Versteeg quickly punished his former team on a one-timer early in the first period for a 1-0 lead.

His celebration was short lived _ Toronto needed only 21 seconds to tie the score. Philadelphia's Scott Hartnell tried to clear the puck, but it was intercepted by Clarke MacArthur. His slapper was tipped in by Kulemin for his 24th goal of the season.

Versteeg's second goal of the game came when he buried a perfect pass across the crease from Mike Richards to make it 2-1.

Versteeg was acquired on Feb. 14 for first-round and third-round draft picks in the 2011 draft. The Flyers expected more than the one empty-net goal he scored since the trade, but he busted out of his points slump against his former team.

Versteeg is more used to a big celebration in Philadelphia _ he was on the Chicago Blackhawks last season when they won the Stanley Cup in Philly. He was dealt to Toronto in the offseason as part of a salary dump so Chicago could get under the salary cap.

Versteeg has a more permanent reminder than a championship ring from the Stanley Cup celebration. He has ``6-9-10'' (the date of the Game 6 victory) tattooed on his left arm.

Boyce scored his first goal in 13 games to end Versteeg and the Flyers' fun.