As Boston holds solemn remembrances on the fifth anniversary of the Boston Marathon bombings that left three dead and more than 260 others injured, take a look back at the key events that led to the attack on April 15, 2013, and how authorities sought justice in the aftermath.

March 2011
The Russian FSB intelligence security service gives the FBI information that Tamerlan Tsarnaev, who lives in Cambridge, Massachusetts, with his family, was a follower of radical Islam.

June 2011
The FBI closes the investigation after finding nothing to link Tsarnaev to terrorism.

Sept. 12, 2011
The bodies of three men are found in Waltham, Massachusetts, with their throats slit and marijuana sprinkled on them.

Late 2011
U.S. officials add the Tsarnaevs' mother to a federal terrorism database after Russia contacted the CIA with concerns they were religious militants about to travel to Russia. She later says she has no links to terrorism.

July 2012
Tsarnaev applies for a new passport in Dagestan but never picks it up, officials say. Russian officials say they have him under surveillance but lose track of him after the death of a Canadian man who had joined an Islamic insurgency in the region. 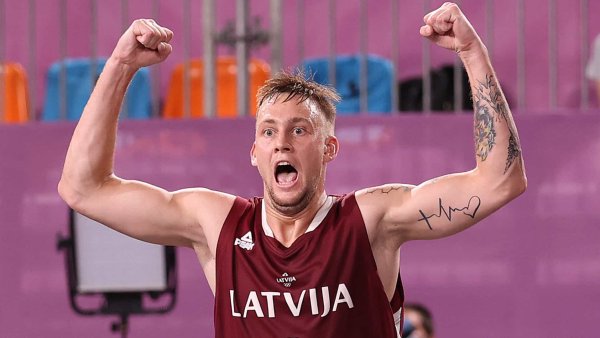 November 2012
The Islamic Society of Boston Cultural Center in Cambridge says Tsarnaev has an outburst that interrupts a sermon about it being acceptable for Muslims to celebrate American holidays.

April 15, 2013
Bombs go off at the finish line of the Boston Marathon, killing three people and injuring more than 260 others.

April 16, 2013
Federal agents say they know the bombs were made from pressure cookers packed with explosives, nails and other shrapnel, but they still don't know who detonated them or why.

April 17, 2013
President Barack Obama signs an emergency declaration for Massachusetts and orders federal aid to supplement the local response to the bombings.

April 18, 2013
Investigators release photographs and video of two suspects and ask for the public's help in identifying them. Later that night, Massachusetts Institute of Technology police officer Sean Collier is shot to death in his cruiser, allegedly by Tamerlan and his brother Dzhokhar Tsarnaev. Prosecutors say they steal an SUV at gunpoint from a Cambridge gas station. The driver is held for about a half-hour and then released unharmed.

April 19, 2013
The Tsarnaevs have an early-morning gun battle with authorities who have tracked them to suburban Watertown. Tamerlan, who is also run over by his younger brother, dies. Dzhokhar escapes, and around 6 a.m., authorities tell residents of Boston and surrounding communities to stay indoors. All mass transit is shut down. That order is lifted at around 6:30 p.m., just before authorities trace Dzhokhar to a Watertown backyard, where he is found hiding in a boat and taken into custody.

April 22, 2013
Dzhokhar Tsarnaev, who was injured in the shootout, is charged in his hospital room with using and conspiring to use a weapon of mass destruction.

April 30, 2013
Two friends of Dzhokhar Tsarnaev are charged with attempting to destroy evidence by disposing of a backpack and laptop computer taken from his room after they found he was a suspect in the bombing. Another is charged with lying to investigators.

May 9, 2013
Tamerlan Tsarnaev is buried in rural Virginia after a weeklong search for a cemetery willing to take the body.

May 22, 2013
An FBI agent in Orlando, Florida, fatally shoots Ibragim Todashev, a friend of Tamerlan Tsarnaev's, after he lunges at law enforcement officials questioning him about the Waltham killings. Officials say that before he died, he had agreed to give a statement about his involvement.

July 23, 2013
Marc Fucarile is the last survivor of the bombings to leave the hospital.

Jan. 30, 2014
Prosecutors announce they will seek the death penalty against Dzhokhar Tsarnaev.

April 15, 2014
Ceremonies and events mark the anniversary of the attacks.

April 8, 2015
Dzhokhar Tsarnaev is convicted of all 30 federal counts against him.

May 15, 2015
Tsarnaev is sentenced to death; the case is likely to go through years of appeals. He is being held at the Supermax prison in Florence, Colorado.