Whether they happened on a manicured lawn at the Masters, or turning for home on a dirt strip at the Kentucky Derby, the moments that made you smile hinted somebody up there had a hand in the script

She draped a green jacket on Tiger Woods, handed soccer’s World Cup to a tough-as-nails U.S. Women’s National Team, shipped the NBA’s Larry O’Brien Trophy to a cool-as-they-come rookie coach and players from the Great White North, righted a wrong that happened a quarter-mile from the finish line at the Kentucky Derby, and turned a baseball tribute to a fallen teammate into something truly unforgettable.

So if sports didn’t make you smile at least once in the last 12 months, well, that’s probably on you. Here are the top five feel-good stories of 2019 (and one honorable mention): 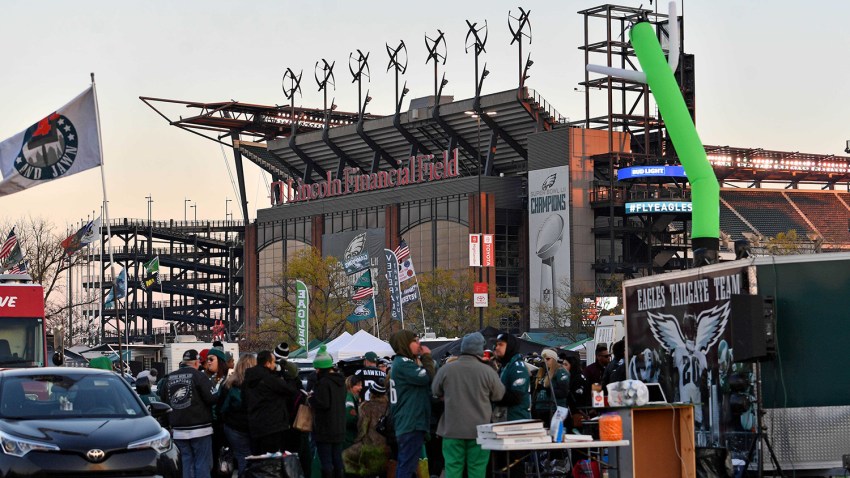 — Fourteen years after his last Masters win and 11 years after his last major, after fighting through chronic back problems, multiple surgeries, a bout with painkillers and long after just about everybody had written him off, Woods claimed his fifth green jacket in April.

“It’s overwhelming, just because of what’s transpired,” he said afterward. “It’s unreal for me to experience this.”

His win was called the “greatest comeback in sports,” “the feel-good story of the century” and some pundits predicted that people would forever remember where they were when Woods walked off the 18th at Augusta National.

But it might not even have been the most karmic moment in golf in 2019.

(Honorable mention) At the Phoenix Open in late January, PGA Tour pro Gary Woodland helped Amy Bockerstette, a community college golfer with Down Syndrome, finish off one of the most heart-warming pars golf has ever seen. At the U.S. Open in June, he borrowed her mantra — “I’ve got this” — en route to the biggest win of his career.

Playing with Woodland in front of a big practice-day crowd at the famed 16th hole, Bockerstette sensed he was more nervous than she was. So before each shot, she put Woodland at ease with the words she repeats when tackling life’s other challenges: “I’ve got this.”

Five months later, with Woodland leading the U.S. Open after three rounds, Bockerstette did it again. He’d held the 54-hole lead at a PGA Tour event seven times before and failed to seal the deal. Woodland said Bockerstette’s tweet the night before the final round helped make a difference this time.

— The U.S. National Women’s Team hardly needed reassuring. If anything, captain Megan Rapinoe and her teammates were deemed too brash as they gallivanted across France in pursuit of their third World Cup — and second in a row. Along the way, they sparred with President Trump over politics and highlighted a gender-discrimination lawsuit against their own federation in a fight for recognition and equal pay.

They scored 13 goals against lowly Thailand in a group-stage match and caught flak for celebrating too much. They responded by celebrating subsequent tallies with snarky golf claps and tea-time toasts, remaining ruthless until the final whistle in a 2-0 championship-game win over the Netherlands. That’s what happens when you send women to do a job that the better-paid men’s national team has never come close to completing.

— The Toronto Raptors, on the other hand, weren’t marked for greatness until that moment in Game 7 of a playoff series against Philadelphia, when Kawhi Leonard’s buzzer-beating, fadeaway jumper bounced four times on the rim before capping a 92-90 win.

“It looked like it was going in the whole time to me,” quipped Raptors rookie coach Nick Nurse afterward.

Lucky or not, the Raptors turned that break into a title. They outlasted Milwaukee in the Eastern Conference final and riding Leonard’s masterful performances on both ends of the floor, ended the Golden State Warriors’ dynastic dreams in six games.

Not long after the championship parade wound its way through Toronto, Leonard announced he was leaving town to join the Los Angeles Clippers. Undaunted, Nurse went back to work and has the Raptors back in contention. Over more than three decades, he’d coached in Great Britain, at G-League stops in Des Moines, Iowa, and Edinburg, Texas, and starting over was nothing new.

— A drenching early May rainstorm turned the Churchill Downs track sloppy even before the start of the 145th Kentucky Derby. But the real mess materialized at the end, when Maximum Security, the first horse across the finish line, also became the first winner disqualified for an in-race foul.

Track stewards pored over replays for 22 agonizing minutes before awarding the win to Country House, ruling that Maximum Security had drifted into the path of War of Will, setting off a dustup that affected at least two other horses. That decision turned the tote board upside-down and handed Bill Mott, a training legend who’d won everything else racing has to offer, his first Kentucky Derby.

“I'm glad I wasn't in their shoes,” Mott said. “I'm glad I didn't have to make the decision in front of over 100,000 people and the millions of people that are watching this on TV and around the world."

— The sudden death of popular Los Angeles Angels left-hander Tyler Skaggs in early July rocked the baseball world. His death was later attributed to an overdose of opioids, sparking a rare agreement between Major League Baseball and the players union to add a treatment-based approach and evaluation protocol regarding opioid use to the current drug-testing program.

But the Angels weren’t thinking long-term when they planned to honor Skaggs in their first home game — against the Seattle Mariners — after more than a week away. They wanted his teammates and fans to remember a promising young pitcher whose personality lit up the clubhouse.

The Angels players donned jerseys with Skaggs’ name and his No. 45 on the back. His mother, Debbie, threw out the first pitch. Then the magic started.

Mike Trout hit a 454-foot home run to open the scoring. Pitchers Taylor Cole and Felix Pena combined to throw a no-hitter — the 11th in franchise history, which was the number Skaggs wore in high school. After scoring seven times in the first inning, the final score was 13-0, which aligned with Skaggs’ 7/13 birthday.

After the final out, the Angels ventured out to the mound and laid their jerseys on the bump.

“Every time you’d go up to him, he’d have that smirk on his face. Either sarcastically, jokingly, or he was trying to put a smile on your face,” Trout recalled. “We’re always going to be thinking about him.”