According to a report from the Philadelphia Inquirer, Okafor was pulled over on the Ben Franklin Bridge for driving 108 miles per hour around three weeks ago.

Just a few days ago, it was revealed that Okafor had been involved in two separate altercations while leaving nightclubs since early October.

A witness told CSNPhilly.com that Okafor had a gun pointed at him outside an Old City nightclub on the morning of Oct. 4 after Okafor and another person began arguing with two men sitting in a parked car near the corner of 2nd and Walnut Streets.

The verbal disagreement escalated and a witness said he saw Okafor try to punch the driver through the open driver’s side window. During the altercation, the driver and passenger exited the car and the passenger pointed a gun in the direction of Okafor and his associate, per the witness.

Okafor did comment on the fight he was involved in Wednesday night outside a Boston nightclub.

“It was definitely dumb on my part and something I’m embarrassed about,” Okafor said (see story). “We’re still dealing with the league and with the team, but I’m not happy about it at all. We’re going through the whole process of what were going to do.”

A video from the website TMZ.com, which surfaced Thursday, showed Okafor shoving and punching a man outside of a Boston nightspot after Wednesday’s loss to the Celtics.

Following the incident in Boston, a Sixers’ spokesman issued the following statement:

"We are aware of the report and we are currently working to gather additional information. Until that time, we will have no further comment." 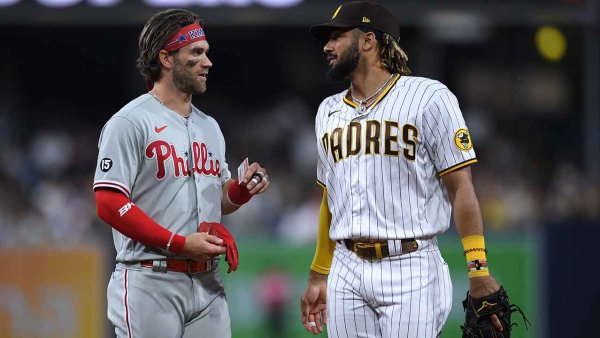