Stenstrom is also familiar with other Eagles like special teamer Chris Maragos, who writes for The Increase. It's a website for the Christian organization where Stenstrom is president, called Pro Athletes Outreach.

The Eagles' team chaplain, the Rev. Theodore Winsley, also writes monthly for The Increase, which is named for a verse from the Bible. "He must increase, but I must decrease," John 3:30 reads across the site's masthead. 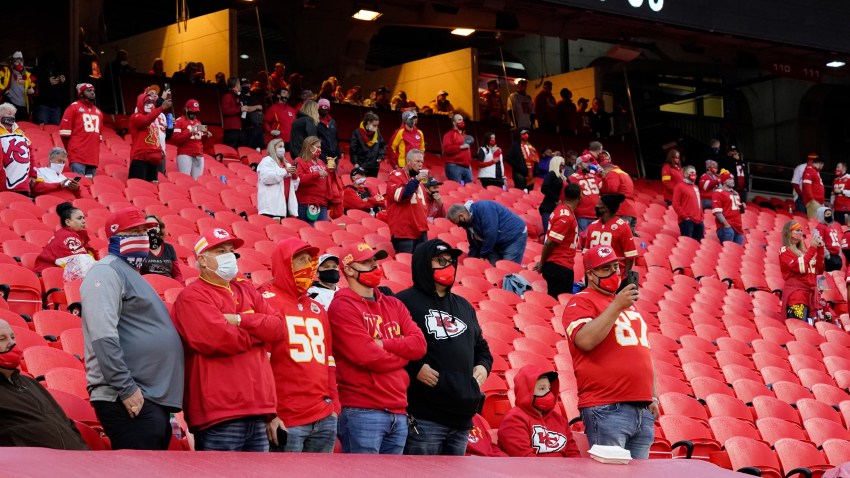 The relationship between Eagles players and Stenstrom's faith-based organization is one thread of many that helps explain the strong religious vibe coursing through the team this season.

Earlier in the season, the Allentown Morning-Call in September reported tight end Trey Burton performing baptisms of five teammates. Burton told the paper that, after suffering a leg injury, he "had a couple guys lay their hands on me and pray on me and I was instantly better and good to go. Instantly."

Success on the field was fleeting this year for Philadelphia's football franchise -- the team is last in the NFC East with a 5-9 record. But judging by religious faith, they are one of the most prominent groups in the league.

"A healthier faith climate includes champions of the faith in the locker room, a great chaplain available to the team, and bible studies that include a couples study, a women's study, a men's study," Stenstrom said in an interview Thursday. "When those elements are in place, teams tend to have a very strong faith community. The Eagles are in the upper 20 percent of the league."

Stenstrom, 44, played quarterback for the Stanford University Cardinal in the early 1990s before spending time on five NFL teams across five seasons.

He said certain locker rooms, like the Eagles this year, become perfect environments for fostering religious faith because of a few variables.

"Just as the Eagles are experiencing that this year, lots of teams experience it. There is time, time to talk about life," Stenstrom said of the close proximity and long days teammates spend together.

He also noted that common among athletes who have reached the pinnacle of their sport is a belief that "something happened in their lives that, though they worked hard, there were also blessings along the way that allowed them to get there."

It's not just Eagles players who have formed bonds with each other and with God. Players' wives like Serah Maragos are also a part of the outpouring of religiosity.

"I have felt compelled to share what life really is and not just what things 'appear' to be. Whether it be good, bad, or ugly," Serah Maragos wrote on TheIncreaseWomen.com, an offshoot of The Increase. "We all know those Instagram pics that are perfectly posed (don’t worry I have done it too, sadly) when the reality is that after that picture is snapped it goes back to the chaotic reality. I have felt the call to be a voice assuring you that you’re not alone."

Eagles fans will probably appreciate the effect that faith and Bible study has had the longterm future of their franchise.

Rookie quarterback Carson Wentz, told ESPN that the religious bond has grounded him.

"It's just a better atmosphere. On Sundays, we might lose, things might not always go our way, but to be with those guys and to have a positive environment in this locker room -- not just the Christian brothers, but everybody -- it just brings out a better atmosphere," Wentz told the website. "I enjoy coming to work. I always have, but [it's] just a whole other level now."