The entire time he was working out this summer in Toronto, Wayne Simmonds had a singular focus.

Full Flyers training camp — prospects have been here for four days — started on the ice Friday at Skate Zone in Voorhees, New Jersey.

The World Cup of Hockey pushed camp openings back a week, yet no one seems to mind because there’s a feeling that if your club had a half-dozen or more players involved and they come home healthy, you’re ahead of the game. 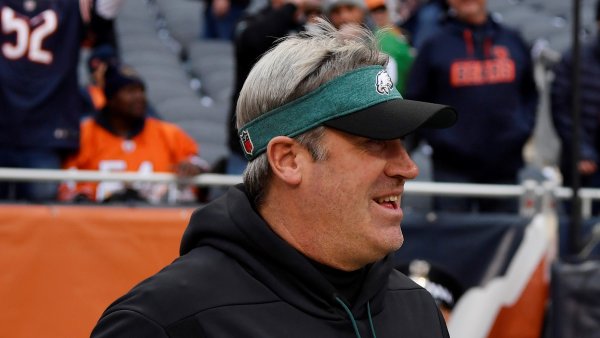 Three players who need to get a jump on the season.

“I think it’s got certain benefits for everybody,” general manager Ron Hextall said. “You look at a guy like Coots. He’s on the rise, and all of a sudden he gets in a tournament like this.

“You hope that he raises his game when he comes back here and continues to raise his game. Other guys, like G and Jake, hopefully it can get them off to a good start.”

They will return, perhaps a bit tired, but having played meaningful hockey for their countries — not mindless NHL exhibitions. They will already be in a competitive mode that hopefully trickles down to the rest of the 64 players in camp.

“It’s a real good sign,” Simmonds said. “We’re really optimistic about this year and ready to build off what we did last year, more so, from November on. [That’s] more indicative of what our team really is.”

Hextall figures this will be a very competitive camp. Thing is, it’s not that there are roster spots available as much as some spots can be “had” if someone shows the right stuff (see story).

Take the defense. The Flyers have seven returning NHL blueliners from last season. There’s no opening, as such, but it seems likely Hextall will make room for 19-year-old prospect Ivan Provorov (see story).

The Russian is far too advanced to send back to Brandon in the WHL. He looked miles ahead of others in the July developmental camp.

Hakstol admits he can’t wait to see how Provorov does against veterans. The hard part will be to forget how good Shayne Gostisbehere was last season and look at Provorov without drawing comparisons or recalling the recent past.

“I think every player’s pathway is a little bit different,” Hakstol said. “Obviously, Ivan is a different player from Ghost in terms of style. I don’t necessarily look at the comparisons of the developmental pathway between guys like that.

“Ivan is a quality young man and I’m sure he is going to be hungry coming into training camp to show he belongs.”

Incidentally, Radko Gudas’ injured right wrist could provide an immediate opening in the top six if he fails to heal in time for the regular season. Gudas still can’t shoot pucks from an offseason training injury (see story).

Another question here is whether Andrew MacDonald, who played very well especially when paired with Gostisbehere late last season, can remain with the club without becoming a salary cap casualty ($5 million), which happened last fall. He earned his spot late last season.

Overall, the Flyers' roster is not remarkably different from last fall. Cap issues again prevented Hextall from making a major roster upgrade during free agency. All Hextall could do was replace Ryan White with Dale Weise and Sam Gagner with Boyd Gordon.

The team still has scoring issues and lacks a real sniper on the wing.

While there’s no forward slot actually open, it remains to be seen whether highly-touted prospect Travis Konecny can break through and create one (see story).

Hextall wants to be extra careful with Konency, who is a questionable 5-foot-10. The feeling among the Flyers' staff in July was he needed to add more muscle and another year of junior would do him good.

That said, given the absences of World Cup veterans, Konency will have added time on the ice with remaining NHLers to perhaps alter the timetable on his arrival here.

“[The World Cup] gives other guys a chance to show what they can do with good players,” Hextall said. “You usually have to spend 3-4 games on your veterans and now it’s more down to two games [because of the tournament].

“There’s going to be opportunity. If you are a young player, you should be excited about that right now.”

Another forward to watch is Russian free agent Roman Lyubimov (see 5 camp sleepers). He’s older (24) and plays a heavy game as a checking forward. He could beat out a veteran, such as Chris VandeVelde.

A key battle will be waged between forwards Scott Laughton and Nick Cousins, who took the former’s job and ice time from him last spring.

One of them will earn a larger role from Hakstol this season. And depending upon the roster size, one of them could also lose a roster spot (see camp storylines).

“Internal competition is good,” Hextall said. “We have competition going into camp. Look at our forward and our defense. Yeah, there’s some good competition there. It’s a good thing.”

Speaking of competition, goaltenders Steve Mason and Michal Neuvirth aren’t just going to vie for the starter’s role, but for the big payoff at season’s end. Essentially, the Flyers have a No. 1 and 1-A right now in goal (see story).

Both goalie contracts expire in June. One will get handsomely rewarded while the other gets backup pay or worse: loses their backup job to prospect Anthony Stolarz in 2017-18.

That alone should provide incentive into what figures to be a feisty camp for several veterans and prospects.