With Yeo Out After Vigneault, What Are Flyers Looking for in Next Coach?

What are Flyers looking for in next coach? Tough to say and that's telling originally appeared on NBC Sports Philadelphia

The Flyers have to revert back to the drawing board, even with the all-important voice and direction behind the bench.

That's how far they have fallen from the promising 2019-20 season in which Alain Vigneault — Chuck Fletcher's first big hire — was runner-up for the Jack Adams Award (Coach of the Year).

Now, fewer than two years later, the Flyers are back to square one, trying to figure out what kind of coach they want to turn around an organization that stumbled into the bottom four of the NHL's 32-team standings this season. The Flyers went 25-46-11 and missed the playoffs in consecutive years for the first time since the 1992-93 and 1993-94 seasons.

At his end-of-the-season press conference Tuesday, Fletcher announced that Mike Yeo, who oversaw a dire situation in the interim, would not be back next season as the club's head coach.

Fletcher said the Flyers, starting Wednesday, will put together an "ideal candidate profile" as they begin the interview and hiring process for their next head coach. It's very possible they already had names in mind, with those names aware of the soon-to-be opening. After all, Vigneault was fired just about five months ago and the Flyers were firmly out of contention in January. 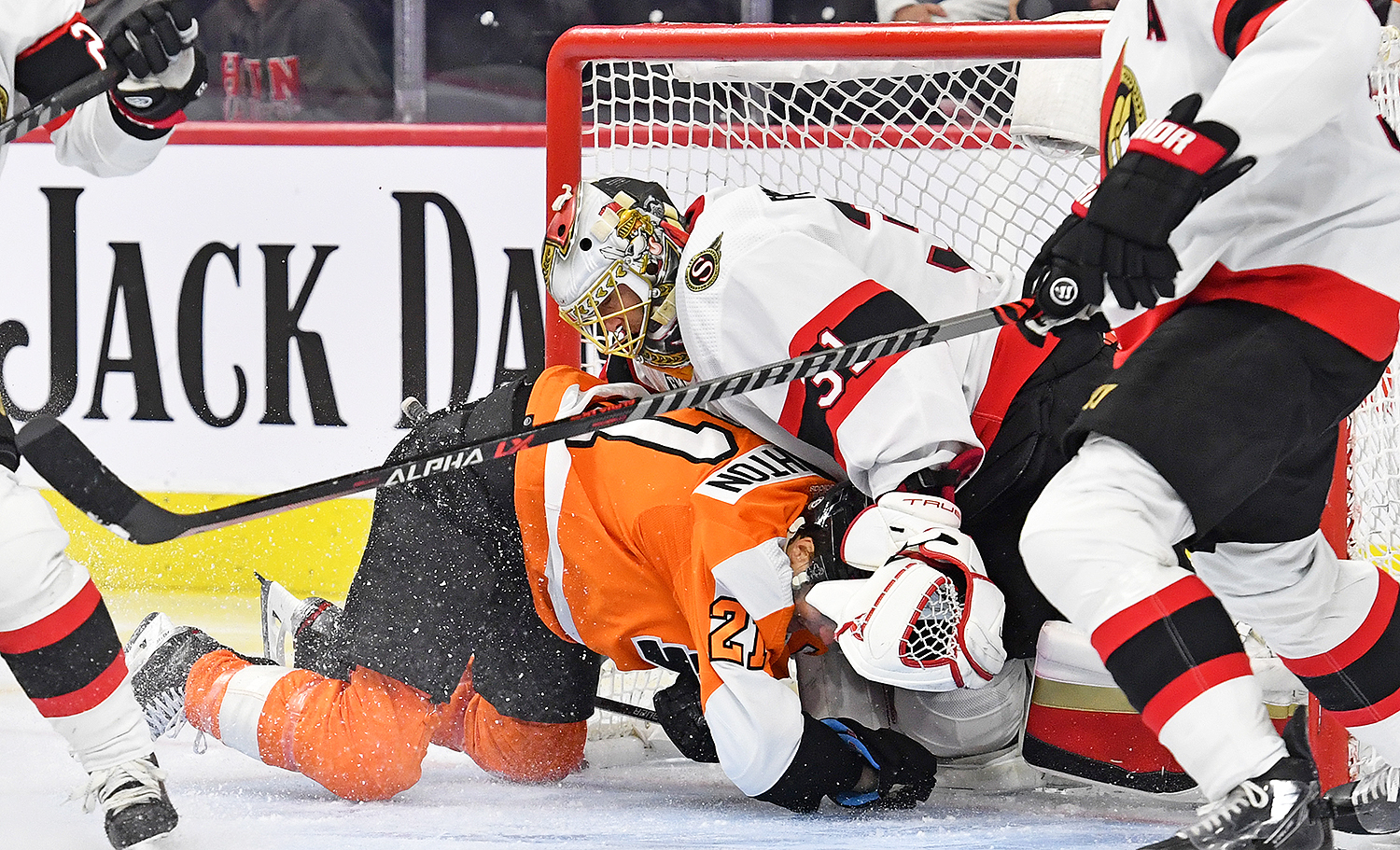 Flyers Vs. Senators: Disastrous 2021-22 Season Comes to End With Loss

"We're going to really go through a very thorough discussion on what we're trying to achieve, what we're looking at," the Flyers' general manager said. "At this stage, all options are open. We're just starting the process and once we build that candidate profile, what we're looking for, we'll start to reach out to candidates who we want to interview."

The Flyers' 2018-19 season ended on April 6 and Vigneault was named head coach only nine days later. This time, the process should and likely will take longer considering the circumstances are different, but you can bet the Flyers already have candidates lined up.

"I think we're aware of the calendar, but the important thing is to get the right coach," Fletcher said of a potential time frame. "Get the right fit, the right chemistry. As long as it takes, that's what we'll take."

Yeo finished 17-36-7 in his interim duties. He was in a nightmarish spot. The Flyers went 5-3-2 in Yeo's first 10 games, a stretch that included a season-best seven-game point streak (5-0-2). But the club then dealt with COVID-19 issues, while the injuries piled and worsened.

Yeo, who has ties to Fletcher going back to their Penguins days, was a good assistant coach with the Flyers. Fletcher said the organization is interested in having him stay in a different capacity.

"We dealt Mike a really tough hand," Fletcher said. "He's a good coach, I thought he did a really good job under the circumstances. He kept our players competing and playing hard until the end. Made a few adjustments that we started to see some progress in, in particular holding onto the puck a little bit more, zone entries, we were scoring a little bit better 5-on-5 by the end of the year. It was a tough hand we dealt him, all things considered. ... He's the type of person we'd love to keep in the organization going forward.

"Obviously he's free to speak to other teams right now and see what options are there. Depending on how things go over the next six weeks on his end, our end, I'd love to find him an opportunity, whether it's in coaching, player development, front office, scouting. He's a good hockey man, he has a lot of experience, a lot of good ideas and obviously has a lot of firsthand information on our players and the environment."

One of the many troubling aspects of the Flyers' free-fall is that coaches the caliber of Vigneault and Yeo couldn't keep the club afloat. The 60-year-old Vigneault is rich in experience, having gone to the Stanley Cup Final twice and ranking eighth in all-time wins. Yeo, 48 and more of a hands-on coach, has made the playoffs four times and has won three series.

Prior to Fletcher's days in Philadelphia, the Flyers went the unconventional route with Dave Hakstol, who was hired fresh from the college level and regarded for player development after his success at North Dakota.

Are the Flyers almost at a loss for what type of coach they want now?

"No, not at all," Fletcher said. "We're going to sit down and try to build that ideal candidate profile and really keep all options open, maybe look at it from a little broader perspective. But I don't think we're at a loss at all. Clearly we have to sit down and really drill down in terms of what we're looking for. I'm sure there will be a lot of quality candidates we'll speak to."

Preferred coaching styles can be cyclical. When one sticks, you hope it sticks for as long as possible — that the players buy in and the message has staying power.

The Flyers should have intriguing options. Some well-known names that could potentially be candidates are Rick Tocchet, Paul Maurice, John Tortorella, Jim Montgomery and Dave Tippett.

"There are certainly a lot of areas we have to improve upon as a team," Fletcher said. "You go back to that first season, '19-20, we played really well, played the right way. Prior to the pause, we were one of the best teams in the league, we had the puck, the process was good, the results were good, we were clicking. Clearly the last two seasons, for various reasons, we just haven’t been able to get back to that level. Certainly that's our goal."