Ron Hextall Firing Is Just 1st Shoe to Drop for Flyers, So What’s Next?

And if things don't change drastically in the next few games, that other shoe will drop with the force of a sledgehammer. 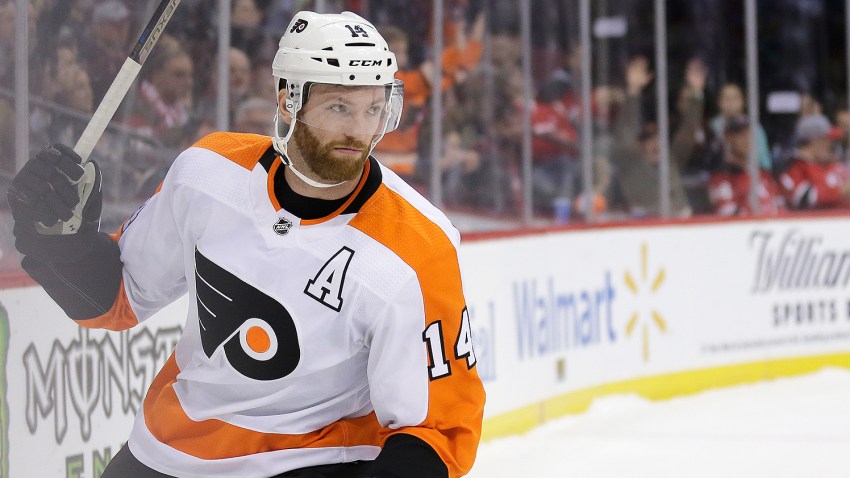 The conventional belief is that Ron Hextall wouldn't fire the only coach he's hired since he was elevated to general manager in May 2014, so the organization had no choice but to start at the top and work its way down.

The question moving forward is how far down will the Flyers cut to the core of their issues? Certainly, at this stage, there's very little margin of error for head coach Dave Hakstol.

"That's reality," Hakstol said. "That's the reality of the business we're in. I'm not looking over my shoulder. I never have. I never do. I focus on the job at hand and going forward. Those are decisions that aren't up to me."

In a statement, Flyers president Paul Holmgren said he's already begun the process to identify and select a new general manager as soon as possible. However, will Holmgren take it upon himself to make a necessary coaching change or allow the new GM to handpick a new coach? Another dismal effort similar to what the Flyers displayed in Toronto Saturday and Buffalo last Wednesday will certainly test management's patience.

Hakstol was asked Monday afternoon if complacency had set in after two back-to-back disgusting efforts on the road.

Hextall's firing has understandably left the Flyers' dressing room wondering what's next. Will the next general manager have a quick trigger and start dealing away players who don't fit the style, personality and culture of a team that hasn't won a playoff series since 2012, the longest such drought in franchise history?

"Anything can happen," Jakub Voracek said. "Is he going to be fired? Is there going to be any trades? Like, I don't know. It's not really in my power. I have no no-trade clause. It can happen to anyone. What happens to Hexy can happen to me, can happen to every other guy. Obviously, it's something that we've got to be aware of. It's not under your control. You just go out there and do your best."

Voracek is still Hextall's biggest signing after inking an eight-year, $66 million deal in July 2015, a deal that runs through 2024. Outside of Claude Giroux and Wayne Simmonds, who has a modified no-trade clause where he can submit a list of 12 teams to block a proposed trade, no other player has a no-trade clause in their contract.

One of the first items of business for the new general manager will be determining the future of Simmonds, who sources say is seeking a six-year contract. Apparently, Hextall had reservations of going long term on a new deal, which is arguably the right move at this stage of Simmonds' career.

"It was a shock for me definitely," Simmonds said. "I didn't expect anything of this nature. Hockey is a business. I had no clue. In L.A., Dean Lombardi would be the good guy and Hexy would be the bad guy. They played that role. I was in Hexy's office quite a bit. But I'm just here to play. I have to continue to improve as well. That's my main focus here."

One way or the other, expect changes. Hextall was gun shy to pull the trigger on a trade that might improve the team in the short term at the expense of sacrificing young talent, prospects or draft picks.

Which is why Monday's move to find a new general manager changes the entire complexion of who stays and who goes.