One restricted free agent down, four more to go. 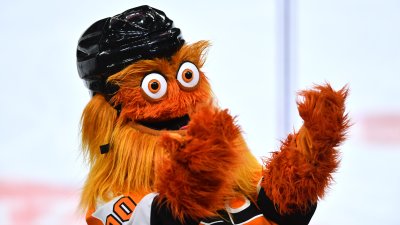 The Flyers on Monday signed RFA defenseman Travis Sanheim to a two-year, $6.5 million contract, with an average annual value of $3.25 million.

"We are very pleased with the progress Travis has made in his young career," Flyers general manager Chuck Fletcher said in a release by the team. "He is a skilled, two-way defenseman with excellent size and mobility. He is a big part of our present and our future."

With a two-year deal at 23 years old, Sanheim can prove himself and then receive a long-term contract with a bigger raise.

"I'm obviously really excited," Sanheim said in a release by the team. "It's a big step in my career. I'm looking forward to another two years with the Flyers. I'm really excited with the way the team's moving forward and the moves we've made this offseason."

The 2018-19 campaign marked Sanheim's first full NHL season and it was a promising one. The 2014 first-round pick played all 82 games and was second among all Flyers defensemen in points with 35. He scored nine goals and put up 26 assists in 19:34 ice time per game. His two-way play grew exponentially and he started earning power-play time, as well.

In 2019-20, Sanheim will be one of the key pieces to a new-look defense featuring youth and now much more experience with the additions of Matt Niskanen and Justin Braun (see story).

According to CapFriendly.com, the Flyers have a little over $17 million in cap space. Fletcher also traded RFA Ryan Hartman on Monday (see story). Here are the Flyers' remaining restricted free agents: