Flyers' Playoff Hopes Are Starting to Depend on Brian Elliott

Right before taking the ice under the lights at Lincoln Financial Field for Friday night's practice, Brian Elliott found out he was starting the Stadium Series game.

Prior to that discussion with interim head coach Scott Gordon, it's possible Elliott wondered if he would ever play again for the Flyers.

The 33-year-old goalie was expected to back up 20-year-old fan favorite Carter Hart in the team's final game ahead of the NHL trade deadline. Elliott, a pending unrestricted free agent and unlikely to be re-signed in the offseason, was a candidate to be dealt with general manager Chuck Fletcher readying for 2019-20.

Suddenly, though, Elliott saw himself between the pipes with 69,620 fans looking on in the biggest game of the season against the Flyers' biggest rival.

And suddenly, he's one of the most vital sources to the Flyers' playoff chances in 2018-19, a season clinging to hope with 19 games remaining.

"I was just really happy to be out there, back in the element," Elliott said last Friday after practice at the Linc. "You kind of feel back at home and you kind of have a new zest for life." 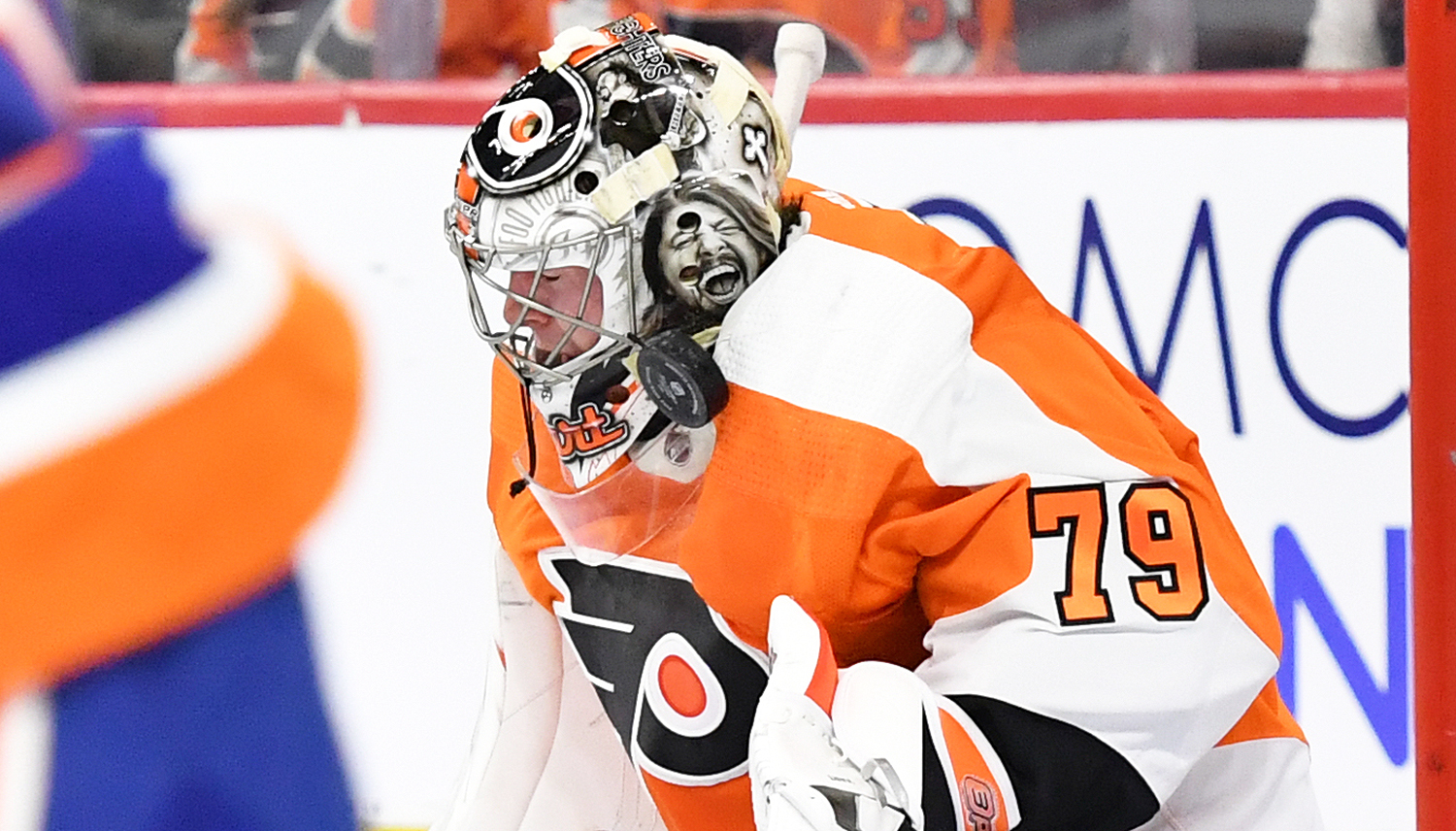 It's evident in the results. Elliott was not moved at the deadline and he's been needed now with Hart out at least 10 days because of an ankle injury. The new zest for life has turned into back-to-back wins for Elliott. He converted 40 saves last Saturday in the 4-3 OT Stadium Series victory over the Penguins and followed it up with 34 stops in the Flyers' 5-2 decision Tuesday over the Sabres (see observations).

After missing 40 games because of a lower-body injury, Elliott is 2-0-0 with a 2.21 goals-against average and .940 save percentage in his four outings back - two relief appearances and two starts.

"It can't be easy for a lot of those goalies, to be honest," James van Riemsdyk said. "It's been tough. Some of them dealing with injuries and different things like that, and different people coming in and out.

"So he's a good pro and he works at it and he has a good mindset. I think it allows him to have consistent success and be ready to go when his number is called."

Nothing has been easy for the Flyers in net. They've played seven goalies and the decisions are only getting harder. Time will tell when the rookie Hart can return and how quickly he'll be up to snuff in playoff-like games following an injury. Meanwhile, Cam Talbot hasn't played since being acquired Feb. 16 but will have to soon.

The Flyers entered Wednesday seven points back of the Eastern Conference's second wild-card spot. Their next fives games are against Metropolitan Division opponents - two against the first-place Islanders and one against the defending champion Capitals.

When Fletcher traded for Talbot, Elliott was getting healthy and Hart was the guy. The GM was asked about divvying up playing time among the goalies.

"It's hard to predict the future. I think you guys worry about that stuff a little bit more than I do," Fletcher said. "Since I've been here, it's been one thing after another. There have been times we've struggled to even get two healthy goaltenders in the net. We'll just take it day by day and play the guy that gives us the best chance to win and let things sort out."

Fletcher was spot-on. At this point, we've learned that nothing is predictable with the Flyers' goaltending situation.