ST. LOUIS - Sidney Crosby got another milestone goal on Sunday. The puck went right to his dad.

Crosby scored twice, including his 400th career goal, and the Pittsburgh Penguins pulled away from the St. Louis Blues for a 4-1 victory.

Bryan Rust snapped a tie with a third-period tally and Riley Sheahan also scored for the Penguins, who have won 12 of their past 17. Matt Murray made 33 saves. 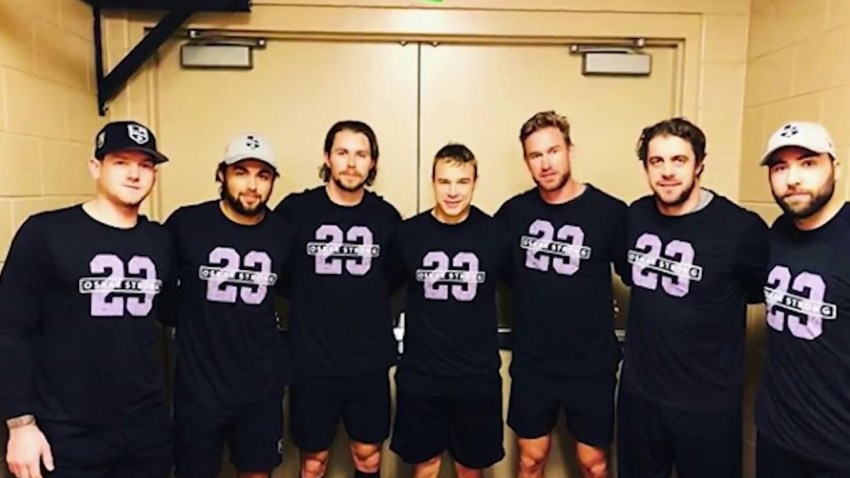 Crosby had not scored in his previous 10 games dating to Jan. 14. The captain stopped the drought in the second period in front of his father Troy, who was on the two-game fathers' trip that began Friday in Dallas.

"It's tough when you're waiting that long to get it, but it's definitely worth the wait to have my dad here," Crosby said. "So many early mornings and sacrifices so I could play hockey. It's special to have him here." (see full recap.)

Red Wings let 3-goal lead slip but beat Capitals in OT
WASHINGTON - For a few moments, it looked as if the Detroit Red Wings were headed for another embarrassing loss. Then Tomas Tatar stepped up again.

Tatar scored his second goal of the game 2:47 into overtime, and the Red Wings escaped with a 5-4 victory over the Washington Capitals on Sunday.

Detroit had dropped three in a row. It blew a 5-2 third-period lead against the New York Islanders on Friday and lost 7-6 in overtime.

"A lot of people expected us to fold after a tough game," coach Jeff Blashill said. "I thought we got back up real well."

Tatar beat Braden Holtby for his 14th goal of the season. He also scored with 11 seconds to play in the second period to give Detroit a 4-1 lead (see full recap).

Tkachuk's second in less than 9 1/2 minutes came with 1:05 left and lifted the Calgary Flames to a 3-2 victory over the New York Islanders on Sunday night.

"It's always fun to put the puck in the net, especially tonight," said Tkachuk, who scored his 19th and 20th goals of the season in the win. "I was obviously so pumped to get the third goal there. I was just really happy because you think (after that) basically you play good defense and you get the win. That's why you're really excited."

Mark Jankowski also scored as the Flames pulled into a tie with Minnesota for the second wild card in the Western Conference. Mike Smith made 23 saves before leaving due to an injury with 2 seconds remaining, and David Rittich came on to close the game.

Two days after saying, "I'm not good enough," Markstrom made 30 saves for his second career shutout and the Canucks beat the Dallas Stars 6-0.

Markstrom also had said some teammates weren't playing well enough to be in the NHL after Vancouver's fourth straight loss.

"We talked, the whole team, (Saturday)," Markstrom said, "We weren't happy with the result and how we were playing hockey. It's frustrating when we know how good we can play. This was a perfect example."