Best of NHL: Capitals Break Out of Funk to Blast Penguins

WASHINGTON -- Nicklas Backstrom had two goals and three assists and T.J. Oshie enjoyed a four-point game as the Washington Capitals broke out of a recent funk to rout the rival Pittsburgh Penguins 7-1 on Wednesday night.

Oshie had two goals and two assists, and Alex Ovechkin, Dmitry Orlov and Justin Williams also scored for the Capitals, who had lost three of four. Braden Holtby stopped 25 of the 26 shots he faced, allowing only a late goal to Phil Kessel.

The Penguins lost Stanley Cup-winning goalie Matt Murray late in the first period when teammate Evgeni Malkin accidentally hit him in the head. Murray allowed two goals on 14 shots before leaving, and Marc-Andre Fleury gave up five goals on 25 shots in relief. 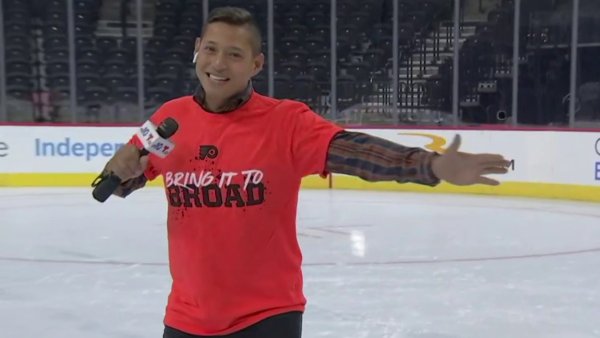 Ovechkin left the ice briefly in the second period holding his right wrist but returned a few minutes later and registered his first point in five games (see full recap).

Flames top Coyotes in overtime
CALGARY, Alberta -- Michael Frolik scored 49 seconds into overtime to give the Calgary Flames a 2-1 win over the Arizona Coyotes on Wednesday night.

Frolik stole the puck from Brad Richardson after a faceoff in the Flames' end and skated in at top speed and ripped a shot inside the post on Coyotes goalie Mike Smith.

Matthew Tkachuk scored in regulation for Calgary, which snapped a three-game home skid. Chad Johnson started for the second straight night and finished with 20 saves.

Rieder gave the Coyotes the lead with 18 seconds remaining in the second period as he pounced on the rebound of Justin Martinook's shot and buried it behind Johnson.

Calgary, limited to 13 shots through the first 40 minutes, tied it at 6:40 of the third as Tkachuk fired a shot from a sharp angle just above the goal line under the crossbar (see full recap).