Flyers center Giroux out with a concussion

Philadelphia Flyers star Claude Giroux is out indefinitely with a concussion.

Giroux leads the NHL with 39 points and has led the Flyers to the top of the Eastern Conference standings. 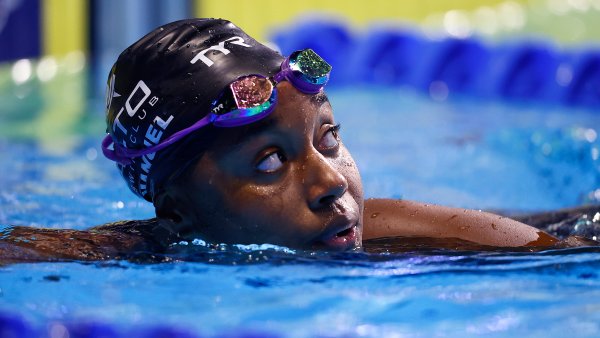 Swim Stunner: Manuel Fails to Make the Final in 100 Free

Osaka to Skip Wimbledon But Compete at Tokyo Olympics

Giroux took an inadvertent knee to the head by teammate Wayne Simmonds at center ice in the last minute of the second period on Saturday. He did not return for the final period.

The Flyers had already ruled him out for Tuesday night's game at Washington.

The Flyers said on Monday that Giroux had been feeling better. But another examination Tuesday found Giroux has a concussion.

Giroux leads the Flyers with 16 goals and 23 assists, and his 39 points were three ahead of Toronto's Phil Kessel for the NHL lead.

Holmgren said on Monday that, “Claude is continuing to feel better,” only to have another examination lead to worse news. He's not the only Flyer suffering from a head injury. Flyers defenseman Chris Pronger also is sidelined indefinitely with concussion-like symptoms. Flyers forward Brayden Schenn also is out with a concussion.

Giroux's injury was revealed only a day after Pittsburgh Penguins star Sidney Crosby said he was dealing with a recurrence of concussion-like symptoms and is out indefinitely.

Crosby, who missed more than 10 months after taking shots to the head in successive games in January, hasn't played since developing a headache following a 3-1 loss to Boston last week. The 24-year-old former MVP passed an ImPACT test -- designed to diagnose concussions -- last Wednesday but didn't travel with the team on a road trip through Philadelphia and New York over the weekend.