Jerry Jones won't put a number on the attendance for the Dallas Cowboys' home opener until the crowd is announced later this month at AT&T Stadium.

The owner of the Cowboys also hopes the 80,000-seat venue with standing room space that pushes capacity past 90,000 will be closer to full as the pandemic-altered NFL season goes on.

All of which is to say the league's clubs are preparing for a rapidly changing environment while accepting the bottom-line notion that playing games with limited numbers of fans or none at all will affect revenues in 2020.

“You think about the lost revenue that these teams have across the board with no fans in the building,” said Bill Rhoda, president of global planning for Legends, a stadium operations company co-owned by the Cowboys and New York Yankees.

“And it goes from tickets to the concessions, to the merchandise to the game, to the lack of private suites being used, which then has an impact on sponsorships. So there is a trickle-down effect that this virus has had on the industry as a whole.”

Specifics are hard to get because clubs don't disclose or discuss them. According to 2018 figures estimated by Forbes magazine, the Cowboys pulled about two-thirds of their $950 million in revenue from the stadium.

While America's Team figures to take one of the biggest hits in stadium revenue, even with fans on hand while other teams don't allow them, the Cowboys also are a symbol of the NFL at large — they should be fine in the long term.

“The NFL is a juggernaut,” said David Steinberg, co-founder of Zeta Global, a data-driven marketing technology company. “Other than maybe European (soccer), there’s no other league really globally like that. So I think that they are going to not just survive this. I think they will thrive in it.”

The Green Bay Packers offer the only glimpse at NFL finances as a publicly owned team. Even with no fans all season, CEO Mark Murphy says the Packers can cover player costs with national revenue highlighted by media rights, which is about two-thirds of the club's overall revenue. Murphy also says the Packers have about $400 million in reserve.

Most of the the league's 32 teams will start the season without fans. Both Los Angeles teams have announced plans to follow the model started by Korean baseball and adopted by Major League Baseball — fan cutouts in the seats when the new SoFi Stadium opens. Proceeds are going to charity.

The league is allowing teams to sell sponsorships on tarps covering seats in the lower bowl between the 30-yard lines, capped at 16 spots. The end zone tarps are reserved for sponsors of both the club and the league. 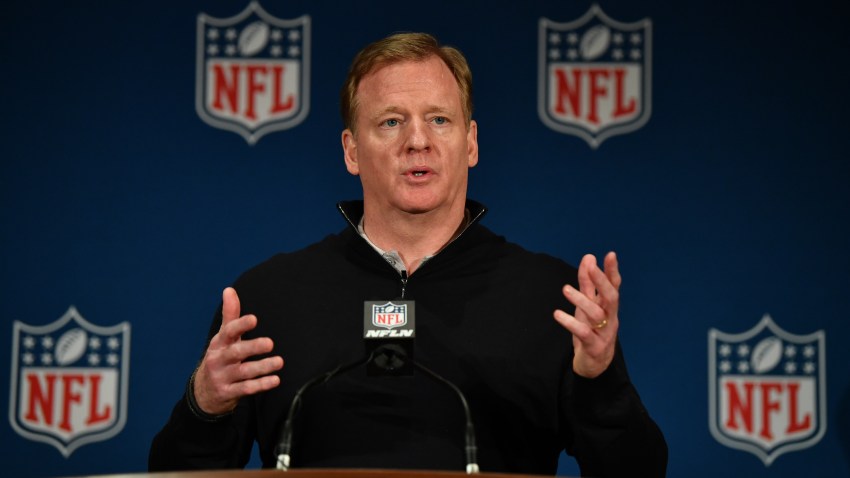 Roger Goodell: ‘The NFL Stands With the Black Community' 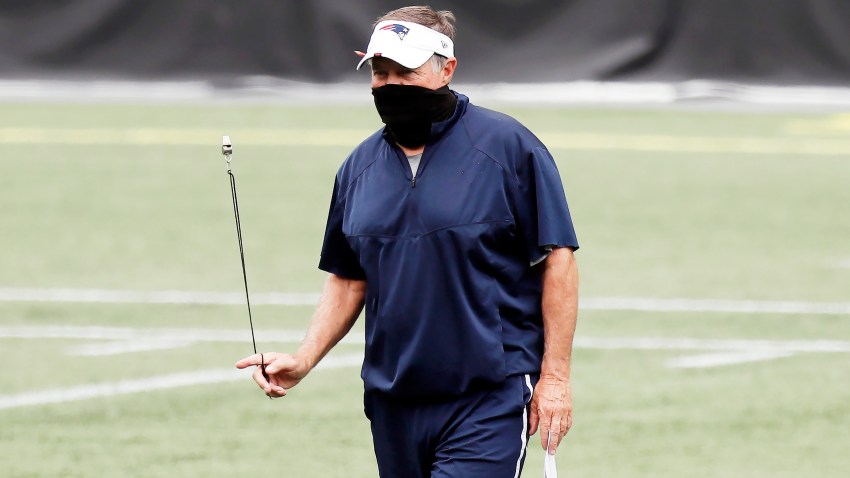 While there is debate over an on-field advantage for teams that will allow fans, Steinberg thinks it could be an advantage with sponsors as well. He considered it likely that clubs would give sponsors more access to tickets, noting that in-stadium sponsors that could be impacted by fewer eyeballs on signage were often local advertisers.

“People don’t realize how much of the local advertising is driven by bundling,” Steinberg said. “You can buy your ad package and then they throw in the skybox.”

Rhoda said many venues were already creating as many touchless interactions as possible before the pandemic, and one new one at AT&T Stadium is likely to be permanent: cashless transactions for concessions and merchandise. The security setup also could be permanently altered.

While the league appears well-positioned to get through a year without fans, the people who serve them will feel the effects more profoundly, said sports consultant Marc Ganis.

“Concessions and merchandising, ushers, janitorial, union and non-union workers — not high-income people but people who need this money,” said Ganis, co-founder of Chicago-based consulting group Sportscorp and a confidant of many NFL owners. “That’s who will be really damaged.”

Jason Wright is the new president of the Washington Football Team. He joins LX News to discuss his appointment as the first Black president of an NFL team, the new direction of the franchise and how the NFL hopes to complete a season amid the pandemic.

Texas Gov. Greg Abbott is allowing sports venues to fill 50% of capacity, and the design of the Cowboys' $1.2 billion stadium in Arlington, halfway between Dallas and Fort Worth, makes a number hard to determine. Jones will say this much; The club expects to have as many as 3,000 people working when Atlanta visits on Sept. 20. The Falcons are among the teams not allowing fans at least through September.

“We certainly will follow all of the guidelines and we’re so fortunate to have the room and have the openness and the airedness that we have out there, and it gives us a lot of flexibility,” Jones said. “We anticipate a great crowd.”

Whether those crowds will grow fits with questions such as what the league will do if there is a COVID-19 outbreak within a team, or if there is a larger outbreak around the country in the fall, as experts have warned. It's hard to say.

“I think when you reflect back to the last couple of months, the thing that has been being consistent across the board is new things pop up all the time,” Rhoda said. “Where we thought we were going to be three weeks ago is different than where we're at today.”