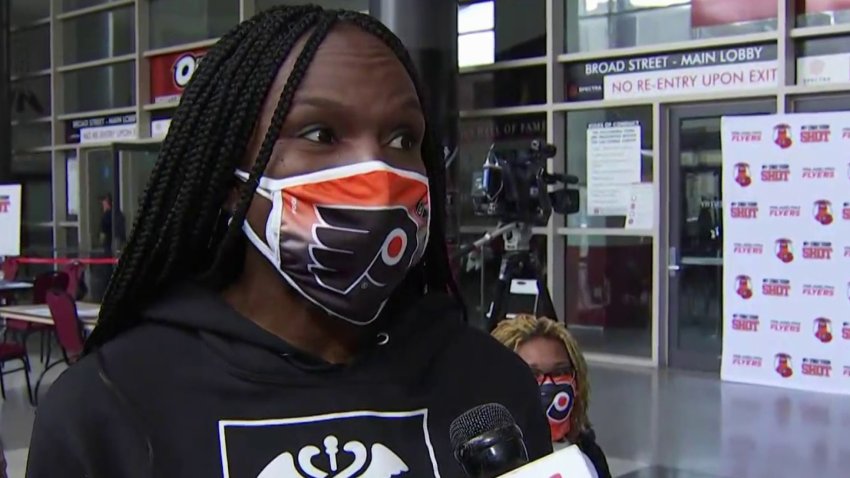 One day into their organized team activities and the Eagles are already down two linebackers.

It's unclear how the timing of it all went, if Paul Worrilow went down (see story) before or after the Eagles told Mychal Kendricks they were cutting him (see story). But it doesn't really matter anymore. The Eagles entered Tuesday with 10 linebackers and they left with eight. Not only did they release Kendricks, who was (sort of) a starter, they also lost a veteran depth piece.

At least we know the top two linebackers are set. Jordan Hicks and Nigel Bradham are the two true starters because the Eagles are in their nickel package for about 75 percent of their defensive snaps.

The releasing of Kendricks, more than anything, might mean the Eagles are very encouraged by the progress of Hicks as he recovers from a torn Achilles. Kendricks' playing time increased only when Hicks went down in 2017. Bradham's role increased then too.

So for now, we know Hicks is at the MIKE, Bradham is at the SAM and … after that?

Here's a look at the Eagles' linebacker depth as it stands now:

When Nelson signed a one-year, $1.6 million contract in March, he said he was told he'd be competing for the starting weakside linebacker position. At the time, that comment rose eyebrows because the WILL was Kendricks' job (see story). Now, that obviously makes more sense.

Nelson was a seventh-round draft pick in 2014, but has been a special teamer since entering the league. He viewed coming to the Eagles as an opportunity to show that he can be a defensive force as well.

Nelson is coming off a torn biceps injury that ended his 2017 season early, but was on the practice field for OTAs on Tuesday.

In his two seasons with the Eagles, Grugier-Hill hasn't played much on defense but he has become one of their best special teams players and had a real case to make the Pro Bowl in 2017, even if he didn't fill in as a kickoff guy early in the season.

During Tuesday's OTAs, Grugier-Hill was lined up with the starters but that was without Kendricks and with Hicks still not participating in team drills. Last season, Grugier-Hill played just 85 defensive snaps and 53 of them came in the meaningless regular-season finale.

The Eagles seem to like Gerry, who was a fifth-round pick out of Nebraska last year, but he's still a work in progress. Listed at 218 pounds, he's one of the Eagles' lightest linebackers and he's converting from playing safety in college. In fact, that hybrid quality is something that drew the Eagles to Gerry.

Like Grugier-Hill, Gerry got some run with the first team Tuesday, but didn't see much defensive action as a rookie, playing just 20 total defensive snaps. But he did have a role on special teams and it doesn't seem like the Eagles are opposed to extending that.

The Eagles used a seventh-round pick on Walker when he came out of Oregon in 2016, but the former Duck suffered an ACL tear that ruined a really good training camp. Walker returned last season but was buried a little on the depth chart. He played in 12 games and got 99 defensive snaps before the Eagles decided to use Dannell Ellerbe heading into the playoffs.

Then, to make matters worse, Walker landed on IR with a neck injury to end his 2017 season early. There's some promise there, but Walker has had difficulty staying healthy. He didn't practice on Tuesday.

Reynolds was just added last week, so we haven't seen much of him so far. But he's been in the league since 2013, playing for the Jaguars, Bears and for the Falcons in the last two seasons. With Atlanta, he played in 25 games with three starts. He began the 2017 season on IR with a pec injury but was able to play some down the stretch. Like Worrilow, Reynolds played in Super Bowl LI with Atlanta.

Brown is an undrafted free agent out of Western Michigan. The 6-0, 215-pound linebacker is the lightest listed on the Eagles' roster. He has a history at safety, having played that position his first two seasons at Western Michigan before moving to linebacker.