After a few weeks of voluntary workouts and practices, the Eagles are now required to be at the NovaCare Complex this week.

The team will have its three-day mandatory minicamp from Tuesday through Thursday. All players are required to be at the minicamp and if a player skips, they're subject to fines of up to over $84,000 if they miss all three days.

There are also a bunch of other rules, as defined by the 2011 CBA. Practices can't be any longer than 2½ hours, two-a-days are allowed on two of their three days and nothing can start before 7 a.m. and can't go after 8:30 p.m.

And as far as practices go, they're still pretty light this time of year. No pads. Guys in shorts playing something that looks like football. It's still fun though.

Here are some storylines to watch for the week:

First glimpse of Michael Bennett
The Eagles' new defensive lineman was with the team for a part of spring workouts but hasn't been there for OTAs. Some might be concerned about that, considering Bennett is learning a new defense. Don't count Doug Pederson among them. 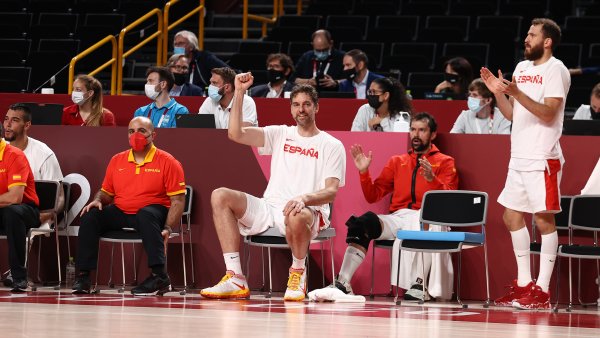 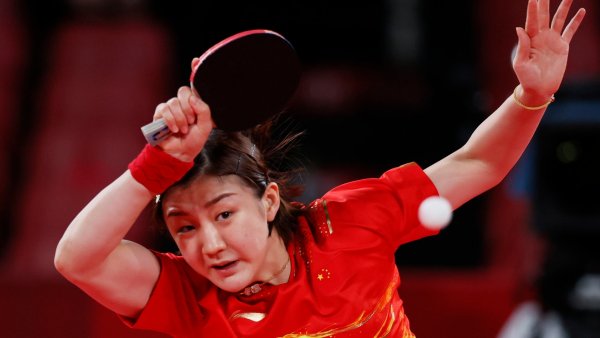 "Are you worried about Michael Bennett?" Pederson said last week. "I'm not."

Missing the voluntary practices isn't an uncommon thing for the 32-year-old Pro Bowler, so the Eagles probably weren't too upset to see him not show up. And Bennett is a veteran who will seemingly fit into what the Eagles do defensively. Bennett reported to the NovaCare Complex on Monday and even had fun during photos (see story).

But since the last time Philly reporters were around Bennett, felony charges were brought against him in Houston for allegedly injuring an elderly paraplegic woman at Super Bowl LI well over a year ago. Bennett's camp has vehemently denied those claims. Originally, Bennett's arraignment was scheduled for May 18, but it was pushed back to June 27, two weeks from Wednesday.

He'll be asked plenty about that pending case, as well as how he plans on catching up after missing time.

Sproles returns after injury
The only other guy who wasn't at most of the OTAs was veteran running back Darren Sproles. The Eagles re-signed the 34-year-old to a one-year deal as the 2018 draft concluded. That made Sproles happy, it made Pederson happy and it definitely made fans happy.

Sproles' 2017 season ended early when he broke his arm and tore his ACL on the same play in the third game of the season. Sproles couldn't end his career like that, so he's back for what could possibly be one last run.

The 12-year vet has been rehabbing from that torn ACL, so we'll see where his progress is at practice this week by how much he's able to participate. Even back in February, it seemed like he was on the comeback trail.

He's a free agent. But 👀
Almost ready to go. He watched film of all of the Eagles RBs after he got hurt and kept giving them good advice and helped coach them#FlyEaglesFly
📸 @DarrenSproles pic.twitter.com/MaRgA7A65Y— John Clark (@JClarkNBCS) February 20, 2018

Wentz continues to rehab
The entire City of Philadelphia can't seem to get enough videos of Carson Wentz during his rehab. During OTAs, the QB has been back on the field participating in individual drills and some competition drills, including 7-on-7s. It's certainly encouraging.

The Eagles have been sure to make it clear they are being cautious with Wentz and won't put any timetables on his recovery, but Wentz has said Week 1 is his goal and he's been confident he'll be able to reach that goal.

What we've seen this spring is certainly encouraging.

Battle at nickel CB
During this spring, the Eagles have already used Sidney Jones, De'Vante Bausby, Ronald Darby and Jalen Mills in the nickel corner spot with the first team. On Monday, defensive backs coach Cory Undlin said the only guy who doesn't really get lined up inside is Rasul Douglas and that's just because of his body type.

This is going to be one of the most fun battles of the summer and we're already getting a glimpse at it. I'll go ahead and say as well as Bausby has played, it's going to be hard to keep Jones off the field. Eventually, I think it'll be a combination of Mills, Darby and Jones on the field, but until Week 1, there's still plenty of intrigue.

Bausby has been the most interesting development of the spring. Not only do coaches really like him, but Bausby has been playing exceedingly well in practices, at least in the ones open to reporters.

Battle at weakside linebacker
Mychal Kendricks is gone, so there's an open starting linebacker job. And that weakside job is a "wide open" competition, according to linebackers coach Ken Flajole.

There are a few candidates: Corey Nelson, Kamu Grugier-Hill and Nate Gerry. All three bring something slightly different to the position, but all three should be good in coverage, an area in which Kendricks definitely struggled at times.

Has a nice ring to it
The Eagles like it so they're putting a ring … that pun is too terrible, even for me, to finish. The Eagles will get their Super Bowl rings in a private ceremony Thursday night.

A little added incentive to get through the three-day minicamp.