By now, we've all seen the Eagles' final defensive play from Thursday's 34-27 win plenty of times. With 28 seconds left, backup cornerback Craig James broke up a pass that was then intercepted by Nigel Bradham. Game over.

But on the previous possession, the Packers had a 1st-and-goal from the Eagles' 1-yard line and failed to punch it in. The Eagles were clinging to that seven-point lead in the fourth quarter.

That means the Packers had at total of five plays inside the Eagles' 5-yard line in the fourth quarter and failed to score. That's bend-but-don't-break defense. 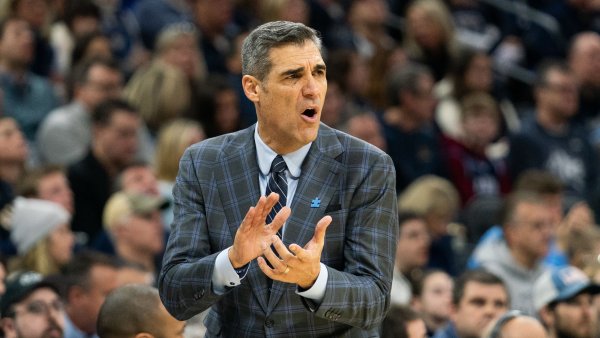 If you're wondering why the Packers didn't run the ball on any of those five plays, it's a fair question. But as the Eagles' pass defense was getting shredded on Thursday, their run defense was as stout as ever. Aside from scrambles from Aaron Rodgers, the Packers averaged just 2.07 yards per carry on Thursday and the Eagles were stacking the box.

Because that last play has gotten enough time, let's take a closer look at that goal-line stand from earlier in the fourth quarter:

On 1st-and-goal from the 1-yard line with 9:19 left, here's the initial look from the Packers. They have eight on the line. They're clearly showing run, but there will be some pre-snap motion. Marcedes Lewis will spread out left and Jimmy Graham will spread wide right. The Packers want to find a matchup they like … and they do.

At the top of the screen, Malcolm Jenkins is in man coverage against Lewis, but at the bottom is what the Packers want. They have Graham in a 1-on-1 situation against Rodney McLeod with no help in sight. They're going to trust their 6-7 tight end to go up and get a ball against a 5-10 safety. Just a simple fade.

"We got to the goal line, we liked the matchup on the outside, Jimmy Graham on the safety," Packers coach Matt LaFleur said.

The only problem is that McLeod played it perfectly. Incomplete.

This is the look on second down. The Packers set up in a run formation again, but this is going to be a play fake. The entire offensive line blocks left and LaFleur is hoping the defensive line follows. After the game, LaFleur called this a keeper, but it seems like Rodgers might have had and option to throw to the fullback. But nothing was open.

At the faux mesh point, Brandon Graham never buys the play fake. He keeps after Rodgers. Likewise, Zach Brown didn't buy it either. He's going to stick the fullback coming out of the backfield.

As soon at Rodgers turns, there's nothing there. Graham is in his face. Brown is in coverage. Rodgers is forced to throw it away.

Incomplete. Brings up third down.

On third down, the Packers finally spread out the field a little bit and are in shotgun. They have four wide, but the Eagles can't completely abandon their worry about a run. That's still on the table and, again, a play fake from the Packers.

At the faux mesh point, Rodgers is going to roll left where he has two players in single coverage, including Graham on cornerback Rasul Douglas. This isn't the same matchup advantage they had on first down against the smaller safety.

Anyway, the fake works and Derek Barnett sells out on the run. But at the same time, McLeod is coming like a heat-seeking missile. McLeod is coming up huge on this goal-line stand. Douglas has tight coverage on Graham and Andrew Sendejo has good coverage on his man too.

With McLeod charging, Rodgers is forced to throw and you'll notice no one is open. He'll simply throw the ball away, choosing to live to see another down.

On fourth down, there's no allusion, no play fake. Rodgers is dropping back to throw and eventually he's going to buy even more time to throw. The Eagles' coverage lacked all day, but it was great on this play.

The Eagles went with a four-man rush, so they have seven players drop in coverage to cover six potential receivers. At the depth of Rodgers' dropback, no one is open.

Brandon Graham gets easy pressure working against backup right tackle Alex Light. Starter Bryan Bulaga left the game with injury and Graham was feasting on the backup. It didn't show up on the stat sheet, but this was a huge mismatch for the Eagles late in this game. The pressure from Graham forces Rodgers out of the pocket and there's still no one open.

As Rodgers sets his feet again, there's still no one open. But Rodgers is a future Hall of Famer for a reason. With Fletcher Cox barreling down on him, he throws a desperation pass to Graham (circled) in the back of the end zone with Brown in coverage. He puts it on the money, but perhaps could have thrown it sooner.

That came close to being completed, but give credit to the Eagles. Their coverage held up on a crucial play for over six seconds!

That final PBU from James and INT from Bradham later in the game was a huge play, but that moment doesn't happen without this four-play goal-line stand.

It really was a great stop by the Eagles.