NFL Notes: Oft-injured Victor Cruz Not Giving Up on Playing for Giants

EAST RUTHERFORD, N.J. -- Oft-injured Victor Cruz isn't giving up on his hope to play for the New York Giants.

The 29-year-old wide receiver remained optimistic Wednesday despite being sidelined the past few days by a groin injury.

The latest injury has many wondering whether Cruz is starting another phase of getting close to playing and then having a setback. He missed all of last season with a calf injury and was limited to six games in 2014 by a knee injury sustained against the Philadelphia Eagles. 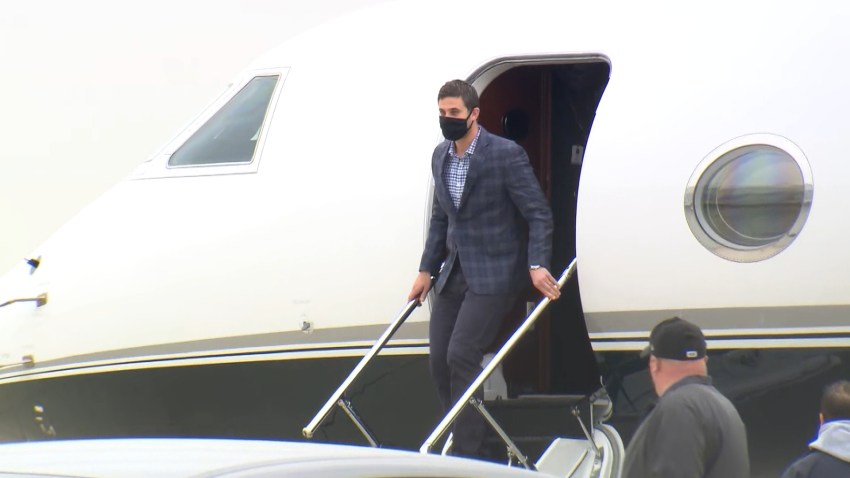 Cruz was defiant when asked what he had to say to those who feel his career is over after six seasons.

While he did not practice Wednesday, Cruz ran some drills under the supervision of strength and conditioning coach Aaron Wellman.

Cardinals: Arians released from hospital, says problem 'no big deal'
SAN DIEGO -- Arizona Cardinals coach Bruce Arians was released from the hospital on Wednesday after an overnight stay and pronounced the stomach problem that sent him there "no big deal."

He planned to heed doctors' advice to take it easy, he said before the team held another joint practice with the San Diego Chargers on Wednesday afternoon.

"I'm too old not to listen to doctors anymore," he said. "I have a tendency to push it, but we'll go out today and see how long we stay. It's nothing serious."

Arians left Wednesday's practice after about a half hour.

The 63-year-old coach was taken to the hospital Tuesday night after complaining of stomach pain as the Cardinals prepared for a joint practice with the Chargers at Qualcomm Stadium.

He said doctors adjusted his diet a little bit although he had already been on a strict diet anyway (see full story).

And this time the Buffalo Bills defensive tackle said he means it when discussing how he'll respond from being suspended for violating the NFL's substance abuse policy for a second consecutive year.

Dareus was contrite and embarrassed a day after the Bills announced their top-paid player was suspended without pay for the first four games of the season.

Dareus said the suspension resulted from missing a drug test. He added he was first notified about the disciplinary action on Saturday, following Buffalo's preseason-opening 19-18 loss to Indianapolis (see full story).

The league and the Giants announced the suspension on Wednesday without disclosing the violation.

"While I do not agree with the suspension, I will accept it," Brown said in a statement released by the team. "I have exhausted the appeals process and have no other options along those lines. I will continue to work hard for this team, and I have tremendous confidence in my teammates and in my ability to move on and contribute to the team."

Brown will miss the Giants' regular-season opener against Dallas on Sept. 11. He will be eligible to return to the active roster the following day.

The 37-year-old, who scored a career high 134 points last season, is eligible to participate in all preseason practices and games.