Complete coverage of the Philadelphia Eagles and their NFL rivals from NBC Sports Philadelphia.
Brian Dawkins

Since his induction into the Pro Football Hall of Fame, Brian Dawkins has worked hard to break the stigma surrounding mental health.

The NFL and many players are also doing their part to tackle the issue.

Dawkins, a nine-time Pro Bowl safety and four-time All-Pro during 16 seasons with the Eagles and Broncos, has been on a mission to spread awareness about what he calls cerebral wellness since revealing a few years ago that he suffered from depression and had suicidal thoughts early in his playing career.

“There’s so much negative connotation still attached to mental health,” Dawkins said recently on the AP Pro Football Podcast. “Matter of fact, when I say mental health, the thing that usually comes to everybody’s mind and it came to mine is self-harm, depression, anxiety. No, those are mental illnesses. We all have mental health. So, separate the two but that’s not what society has done. Society says any time that you mention mental health is a negative thing. And, mental health is actually a positive thing. I have it, if you’re alive, you have it, too. If you’re thinking, if you’re conscious, you have mental health and it’s a good thing. You should celebrate that, and when you look at things from a different perspective, it can help you.”

Dawkins says maintaining cerebral wellness requires daily work mentally, spiritually and physically. He details how he trains his mind in his book: “Blessed by the Best: My Journey to Canton and Beyond.”

“We all need someone to talk to,” he said. “That’s what I’ve come to understand now that it’s OK to have people in your life that you have to designate that you can call or text at any time, and I know that they’re going to pray with me, and then they’re not going to judge me.”

The NFL and the players’ union have been committed to helping build a positive culture around mental health. The league and the NFLPA agreed in May 2019 to increase mental health resources available to players and club staff. The agreement mandated that each team had to hire a clinician focused on supporting players’ emotional health and well-being.

It required team clinicians to be available on site at the team facility for at least 8 to 12 hours per week. They must maintain confidentiality in all mental health treatment records, and create a mental health emergency action plan for the team, among other responsibilities.

At the time, 30 teams already had a mental health clinician on staff. Now, several teams have one full time, according to Dr. Nyaka NiiLampti, the NFL’s vice president of clinical and wellness services.

“We’re moving from a crisis management approach to one that’s much more proactive,” NiiLampti said. “The clinicians are out there on the ground. They are able to deal with anything that happens in real time. ... We’re seeing a much more seamless integration of mental health, really understanding that if we prioritize our mental health, then that’s going to contribute to better performance both on the field and off the field.”

“We’re doing a better job with providing education,” she said. “Historically, people equate mental health and mental illness as meaning the same thing. So I think part of what is happening is we’re seeing much more education around this idea of mental health as this global thing and this universal thing that we all have. But we need to prioritize it. So what does it look like if we are intentional and making sure that our mental health is positive, just like we make sure that we get stronger in the gym physically. So I think that’s helping to decrease some of the stigma because that’s a practical approach, especially for athletes.”

This season, players stepped up to put their mental health first. Atlanta Falcons wide receiver Calvin Ridley left the team in November to deal with mental health issues. Philadelphia Eagles left tackle Lane Johnson missed three games and opened up about his struggles with anxiety that caused him to miss three games.

“I was living in hell for a long time,” Johnson said. “Don’t bottle it up. And it’s easy to do that. It’s easy to avoid the situations that you don’t want to go through, some that’s going to be difficult.” 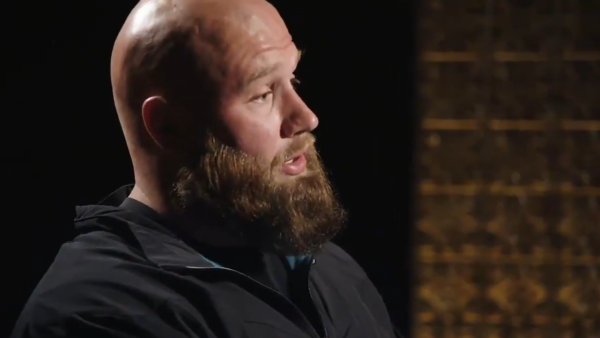 Eagles' Lane Johnson Opens Up on Depression: ‘I Was Living in Hell' 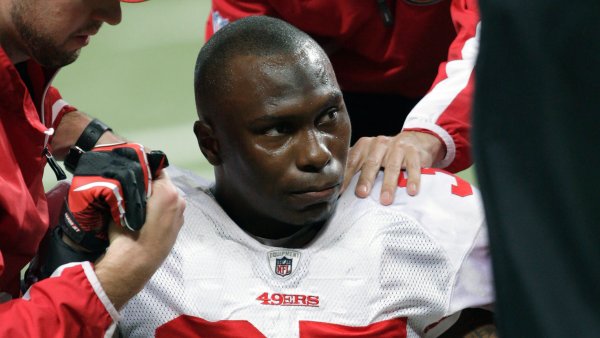 Players around the league expressed support for Ridley and Johnson. Gone is the old-school, suck-it-up mentality. More guys are reaching out for help for various reasons.

“The NFL is a microcosm of society and what we’ve seen, particularly with the pandemic, is a greater willingness to utilize mental health resources,” NiiLampti said.

While plenty of resources are available, players past and present need to take the first step.

Former NFL player Phillip Adams, accused of fatally shooting six people in Rock Hill, South Carolina, before killing himself in April, had unusually severe brain disease, according to his autopsy.

Adams’ family said he was “desperately seeking help from the NFL but was denied all claims due to his inability to remember things and to handle seemingly simple tasks.” His agent previously told the AP Adams did not participate in the array of physical and mental health programs that are available to ex-players through the league and its players’ union.