According to Roseman, the Eagles didn't know about the incident until Friday.

Neither did the Seahawks.

"I want to be clear," Roseman said at the Ritz-Carlton Orlando, at the NFL's annual league meetings. "There's probably not a person - and I'm going to put him on the same ground as a bunch of people -that we trust more than (Seahawks GM) John Schneider and the Seahawks. There's nothing that we feel like they did wrong or there's any blame in this matter. It's a unique circumstance and we'll deal with it as we go."

Bennett, 32, last week was indicted on a felony charge in Harris County, Texas, after an incident that occurred on Feb. 5, 2017, after Super Bowl LI at NRG Stadium in Houston.

Bennett is being charged with "injury to the elderly, included intentionally and knowingly causing bodily injury to a person 65 years or older." The penalty for the charge is up to 10 years in prison and a $10,000 fine. 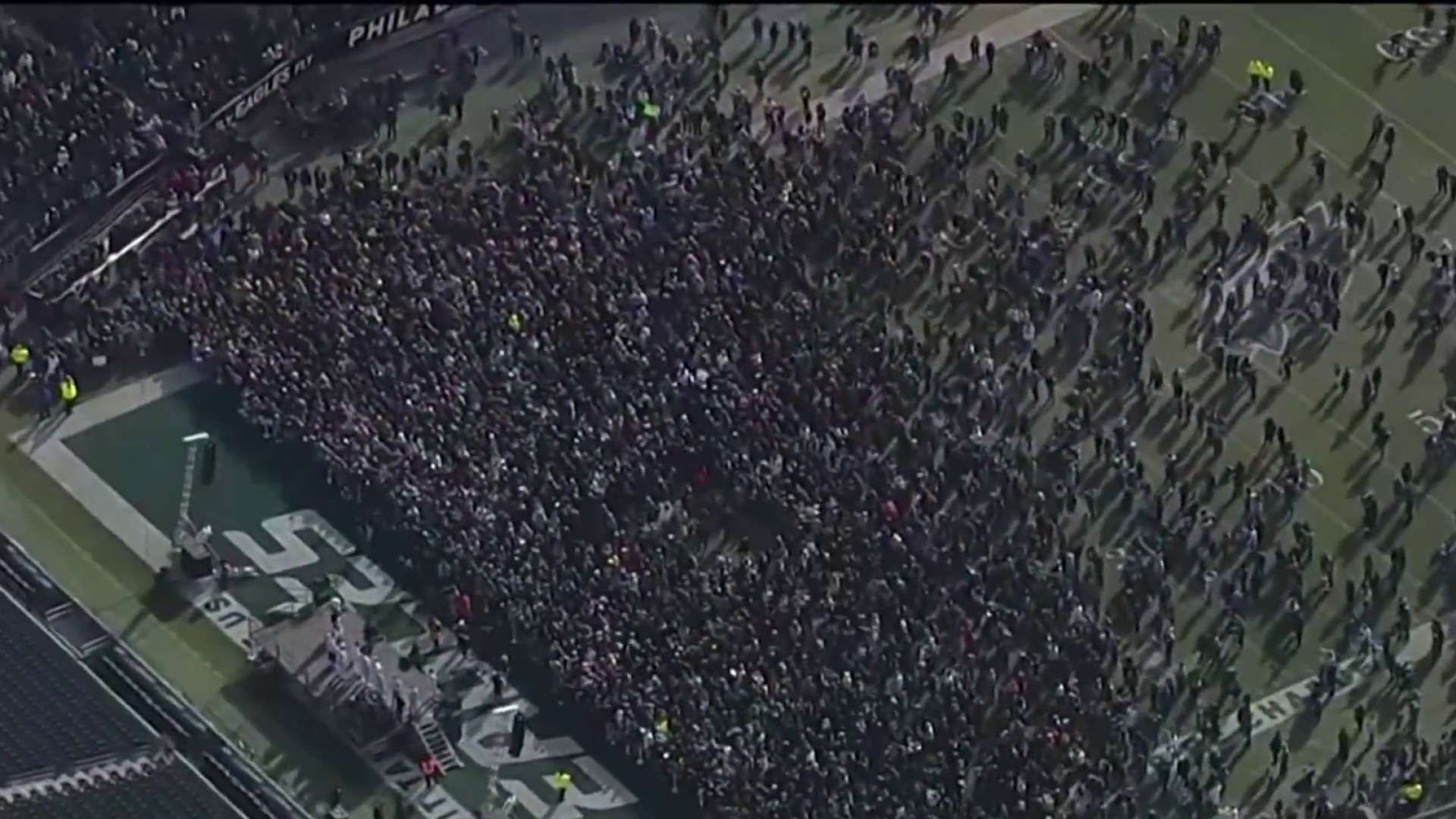 The Eagles have been in contact with Bennett since the indictment came down. Bennett turned himself in to Houston police on Monday afternoon, not long before Roseman met with reporters.

"I think we're in a great country and in this country, people are presumed innocent," Roseman said when asked if he would have made the trade had he known about the incident beforehand. "I think we have to be fair about that in all these matters. I don't think it's fair in any situation to not give people the right to present their side. I don't want to get into this, but our overriding philosophy on things is people are innocent until proven guilty."

The incident occurred at last year's Super Bowl when Bennett was celebrating his brother Martellus' victory. Michael Bennett allegedly forcibly pushed his way onto the field during the postgame celebration. In the process, he allegedly injured a 66-year-old paraplegic woman who was working on the field.

Houston police chief Art Acevedo held a news conference about Bennett's charges and called him "morally bankrupt." He also explained that the department prioritized other cases, which was the reason it took so long to formally charge Bennett for the incident.

Roseman on Monday praised the Eagles' head of security Dom DiSandro for his efforts during background checks; nobody knew about this Bennett incident. Before the Eagles traded for Bennett - a move that sent Marcus Johnson and a fifth-round pick to Seattle for Bennett and a seventh - the team did a deep dive into Bennett's background, something they do for every player they bring in. He stressed the importance of fit in the locker room and said that's one of the reasons the Eagles were able to win the Super Bowl a couple months ago.

Part of the Eagles' background checks involves speaking to players who are already on the roster. In an interview with SB Nation, Chris Long said the Eagles asked him about Bennett.

"What we found out is that he's a good teammate and they like playing with him and some of our players have been with him in the Pro Bowl, some of our players had trained with him and we rely on information like that," Roseman said. "Obviously, he came into our facility and we had a chance to sit down and talk with him. We have relationships with trades. When we make trades, we're very transparent about the players we trade to other teams, good and bad.