With a time on the clock, the Philadelphia Eagles punted and wound up settling for a 23-23 tie with the Cincinnati Bengals

Doug Pederson is having second thoughts about playing for the tie, but he might end up thankful he didn’t risk falling to 0-3 by going for it on fourth-and-long or trying the long field goal.

The Eagles (0-2-1) lined up for a 59-yard field goal on fourth-and-7 with 19 seconds left in overtime against the Cincinnati Bengals (0-2-1) on Sunday. After a false start penalty on Matt Pryor, Pederson elected to punt instead of going for it on fourth-and-12 from the Bengals 46 or letting kicker Jake Elliott attempt a 64-yarder.

The Bengals ran the ball on one play from their 11 after the punt and the teams settled for a 23-23 tie. 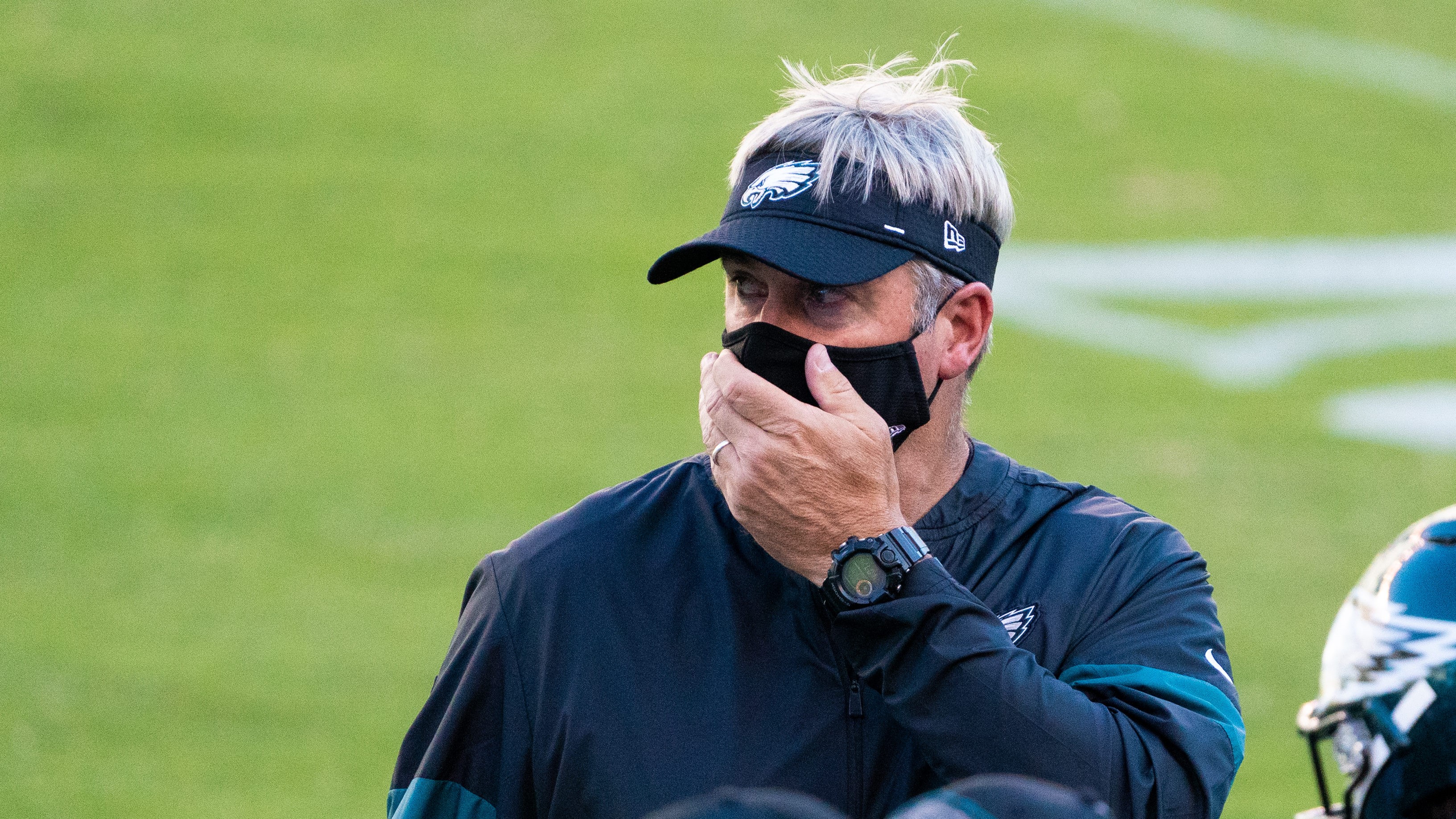 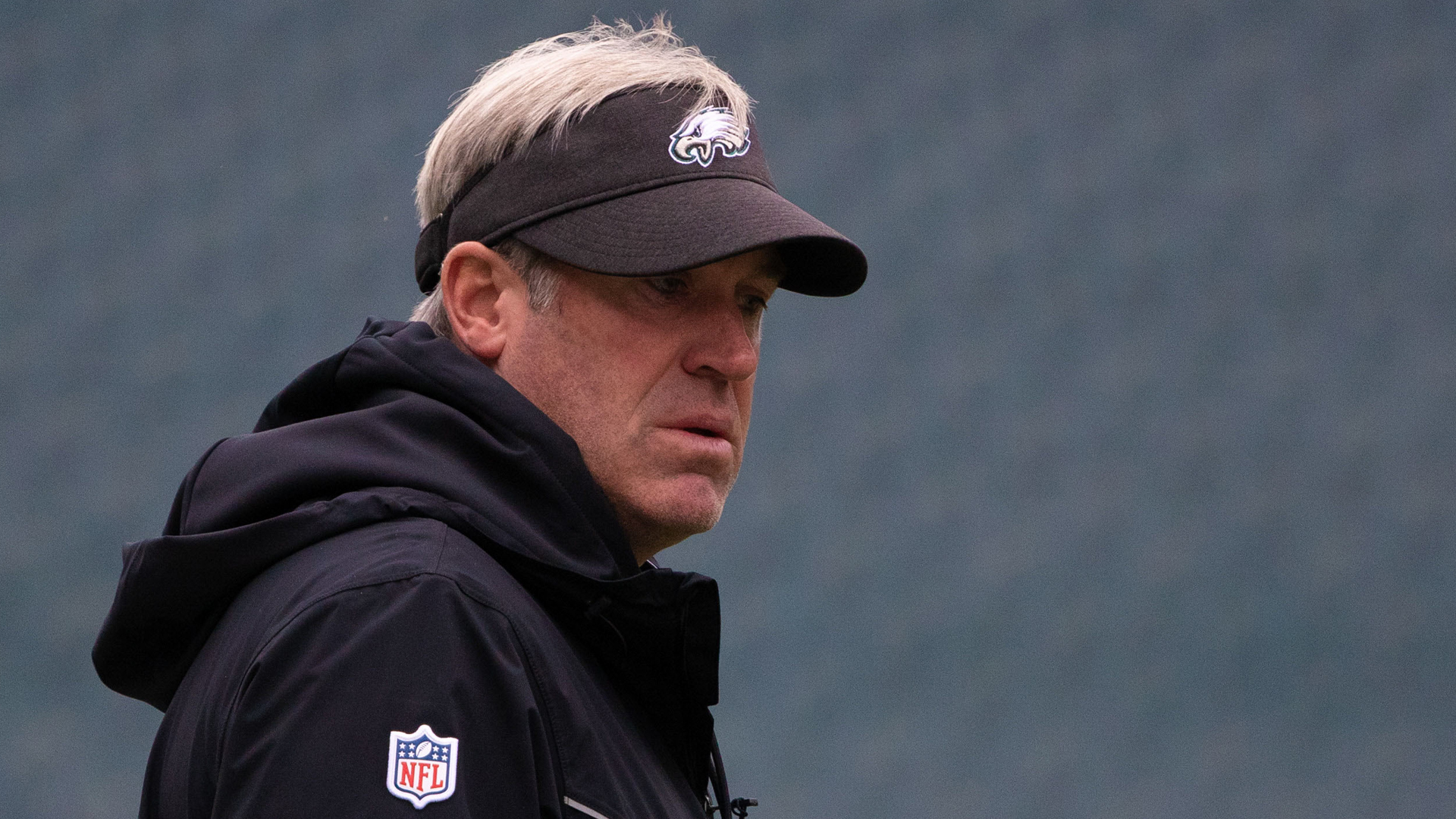 “Looking back, I probably would have elected to go for it in that situation and maybe try a ball down the field,” Pederson said Monday. “There were 19 seconds left on the clock. It’s a situation where you take the shot. And I learned from it, and I’ll move on.”

Pederson’s punt decision, however, was sound, if unsatisfying.

A miss by Elliott or a failed fourth-down play would have given the Bengals great field position to try to win it themselves with a field goal in the final seconds.

By coming away with the tie, the Eagles are only a half-game behind Dallas (1-2) and Washington (1-2) in the NFC East.

Moreover, history has been cruel to 0-3 teams, with only six of 182 such squads reaching the playoffs since the 16-game schedule was adopted in 1980.

That includes the 1982 Tampa Bay Buccaneers, who went 5-4 in the strike-shortened season and was one of 16 playoff teams in an expanded format.

Of course, all of those teams made it when there were a half dozen playoff teams per conference. There’s seven starting this season, but the seventh-best team in the AFC and NFC over the last decade won eight, nine or 10 games.

That means the 0-3 teams that will head into October still searching for their first win will likely have to finish 8-5, 9-4 or 10-3 the rest of the way to reach the playoffs.

—The New York Giants, whose NFC-worst 38 points are one more than the Jets’ 37.

—The Minnesota Vikings and Houston Texans, who square off Sunday.

—And the Atlanta Falcons, the first team in NFL history to blow two fourth-quarter leads of at least 15 points in a season -- and they’ve done it in consecutive weeks, against Dallas and Chicago.

All hope isn’t lost for those 0-3 teams that lose again in Week 4: They could join the ’92 Chargers as the only teams in NFL history to reach the playoffs after starting 0-4.

Lessons apparently weren’t learned from the Falcons’ choke in Dallas in Week 2.

As AP’s Paul Newberry noted, Atlanta became a national laughingstock after failing to pounce on an onside kick, allowing the Dallas Cowboys to finish off their comeback from a 39-24 deficit to win 40-39 on a field goal as time expired.

This time, the Falcons surrendered a 16-point advantage in the final 6½ minutes to the Chicago Bears, who got three touchdown passes from backup quarterback Nick Foles and pulled out a 30-26 win on Sunday.

“These last two weeks have been nothing short of crushing,” said Atlanta coach Dan Quinn, whose Falcons wasted a 28-3 lead in the Super Bowl after the 2016 season and lost in overtime to the New England Patriots.