I still remember pretty vividly the first day most people thought the Eagles were dead. It was a Tuesday morning, the day after the Eagles' 34-24 win over Washington at home on Monday Night Football.

Sure, the Eagles had moved to 6-1 on the season but after already losing Chris Maragos and Darren Sproles, they suffered two even bigger blows. Middle linebacker Jordan Hicks and left tackle Jason Peters, who were both carted off against Washington, were done for the season. 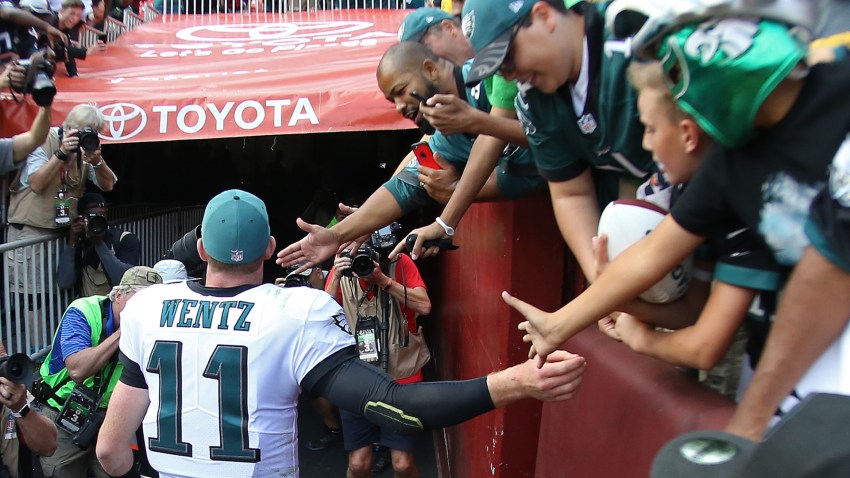 no fans in the stands 22 hours ago

Of course, Pederson ended up being right. The Eagles weren't dead. They continued to win, continued to get stronger. But he had to rally his team again a couple months later when it lost Carson Wentz to a torn ACL.

Again, a lot of people thought the Eagles were dead. They weren't.

No matter how it happened, the Eagles' first Super Bowl championship was going to be something memorable. But looking back at it, the way they won it made it even more special. The fact that they overcame multiple losses that would have killed most teams makes it incredible.

Owner Jeff Lurie realized it too.

And in the week leading up to the Super Bowl, Lurie actually agreed that it would be special to win a championship with this specific team.

"It would," he said at Super Bowl media night, six days before Super Bowl LII. "It would mean everything to win no matter what. But to win this way, I just think it would be a great message to the world that it's not always on paper. You can overcome so much and succeed in life.

"This is the most resilient group of human beings I've ever watched or been a part of. I feel like that's a quality that really is incredible to have."

As hokey as it sounds, Lurie's insight is worth remembering. What the Eagles overcame leaves a pretty incredible message of resilience.

Of course, this all gets back to the underdog mentality and the masks and Jason Kelce's impassioned speech on the steps of the art museum. The Eagles used the idea that others were counting them out as fuel. They relished in the idea of doing something most deemed impossible. Maybe that made it all possible.

But thinking about the talent they had on the sideline during Super Bowl LII - Sproles, Maragos, Peters, Hicks and Wentz - it's hard to not come away impressed that a team missing that many key players was able to take down one of the most impressive dynasties in NFL history.

The fact that the Eagles were able to do it without those players probably has them thinking about getting those guys back for another run next year. That seems pretty possible; they'll get most of them back.

But this specific team grew incredibly close and it's not hard to figure out why. Aside from natural chemistry, there's something about going through adversity that helps people grow closer. This team will never be the same, as many players began to note toward the end of the season. Some players will leave, while new guys will infiltrate the locker room.

At least once they get those Super Bowl rings, they'll have them forever. And every time they look down and see it shining back at them, it'll serve as a reminder. The same reminder Eagles fans will get every time they think about their Super Bowl-winning team: It's possible to overcome so much. And if you do, the reward will be even sweeter.