The Eagles have finally answered the biggest question about their 2021 roster.

They added a cornerback on Sunday afternoon, agreeing to a one-year deal with veteran Steven Nelson. The deal for Nelson is worth more than $4 million, ESPN’s Jeremy Fowler reported. 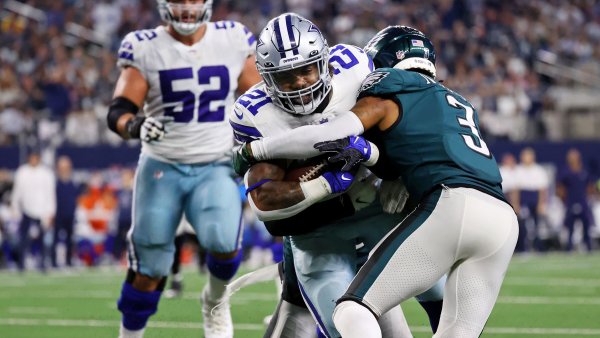 Coming into Sunday, the Eagles had $4.88 million in available salary cap space, but there’s a very good chance the Eagles found a way to minimize Nelson’s cap hit this season. They’ve signed several players this offseason to larger deals with small first-year cap hits because they’re in a tighter situation his year.

In order to make space for Nelson, the Eagles released defensive tackle Willie Henry. The roster remains at 90 players with training camp set to begin this week.

Nelson, 28, was released in late March, so he wasn’t available during the initial surge of free agency. But he remained one of the top options for the Eagles and fans kept clamoring for a move.

The Eagles’ top cornerback was also pushing for this move:

Aye @Nelson_Island that green will look good on ya👀

Before the addition of Nelson, the Eagles’ cornerback position wasn’t very deep or very good. They had Slay as their top cornerback but not much else. Avonte Maddox was likely in line to be CB2 for a second straight season after a pretty bad 2020 playing out of position. They also added Zech McPhearson in the draft (fourth round) and Josiah Scott through a trade.

But there was no question that cornerback was the biggest weakness on the roster and GM Howie Roseman finally addressed it on Sunday.

Nelson (5-11, 194) was drafted by the Chiefs in the third round of the 2015 draft and he played the first four years of his career in Kansas City before moving on to Pittsburgh in 2019. In his career, he has played in 82 games with 68 starts. Nelson hasn’t exactly been a ballhawk with just 7 career interceptions, but is considered to be a pretty good player.

ProFootballFocus ranked Nelson as their 36th best cornerback in the NFL last season. For reference, Maddox was ranked No. 121 out of 121 last season.

The addition of Nelson should presumably allow Maddox to move back to the nickel corner position, a much more natural fit. Nelson played 81% of his snaps as a wide corner last year. So the Eagles will likely have Slay and Nelson as their outside corners and Maddox as the nickel. They will have Anthony Harris and Rodney McLeod as their starting safeties.

So we’re looking at a starting group that includes Slay, Nelson, Maddox, Harris and McLeod. Not bad.

After that, the Birds will have some younger players like Zech McPhearson, Scott K’Von Wallace and Marcus Epps as their backups. All of a sudden, fans should feel a sense of relief about the secondary going into 2021.

And it comes just in the nick of time. The Eagles report for training camp on Tuesday.