Complete coverage of the Philadelphia Eagles and their NFL rivals from NBC Sports Philadelphia.
Devon Allen

Eagles' Devon Allen Chases Hurdles Gold at Worlds, Then Off to NFL

Leaping over those leg-bruising hurdles might be the easy part for Devon Allen. After that, it’s off to a different contact sport.

The University of Oregon track standout and football player is attempting a difficult sort of double this month: Win a medal, preferably gold, at the world championships on his home turf and then earn a spot with the Philadelphia Eagles in training camp.

It's an endeavor he knows would make his biggest fan proud — his father, Louis Allen Jr, who died last month at 63.

His dad always had the best seat in the house, whether it was the finish line for his son’s track meets at Hayward Field or near the 50-yard line for his football games not far away at Autzen Stadium.

"He still will have the best seat in the house,” said Devon Allen, who won his heat Saturday to advance to the semifinals of the 110-meter hurdles. “He can run the race with me if he wants.”

When Allen made the U.S. team for the 2016 Rio de Janeiro Games at Hayward Field, he climbed into the stands and finally located and hugged his father, who'd been there every step of his athletic journey, from the highs of making two Olympic teams to the lows of two knee injuries on the football field for the Ducks.

His advice always stays with Allen, too.

“My dad said, ‘Whatever is worth doing is worth doing 100%,’” recounted Allen, who said his family is still waiting for the official cause of death. “It’s important to find what you love and do that.”

For Allen, that means hurdles. And football. 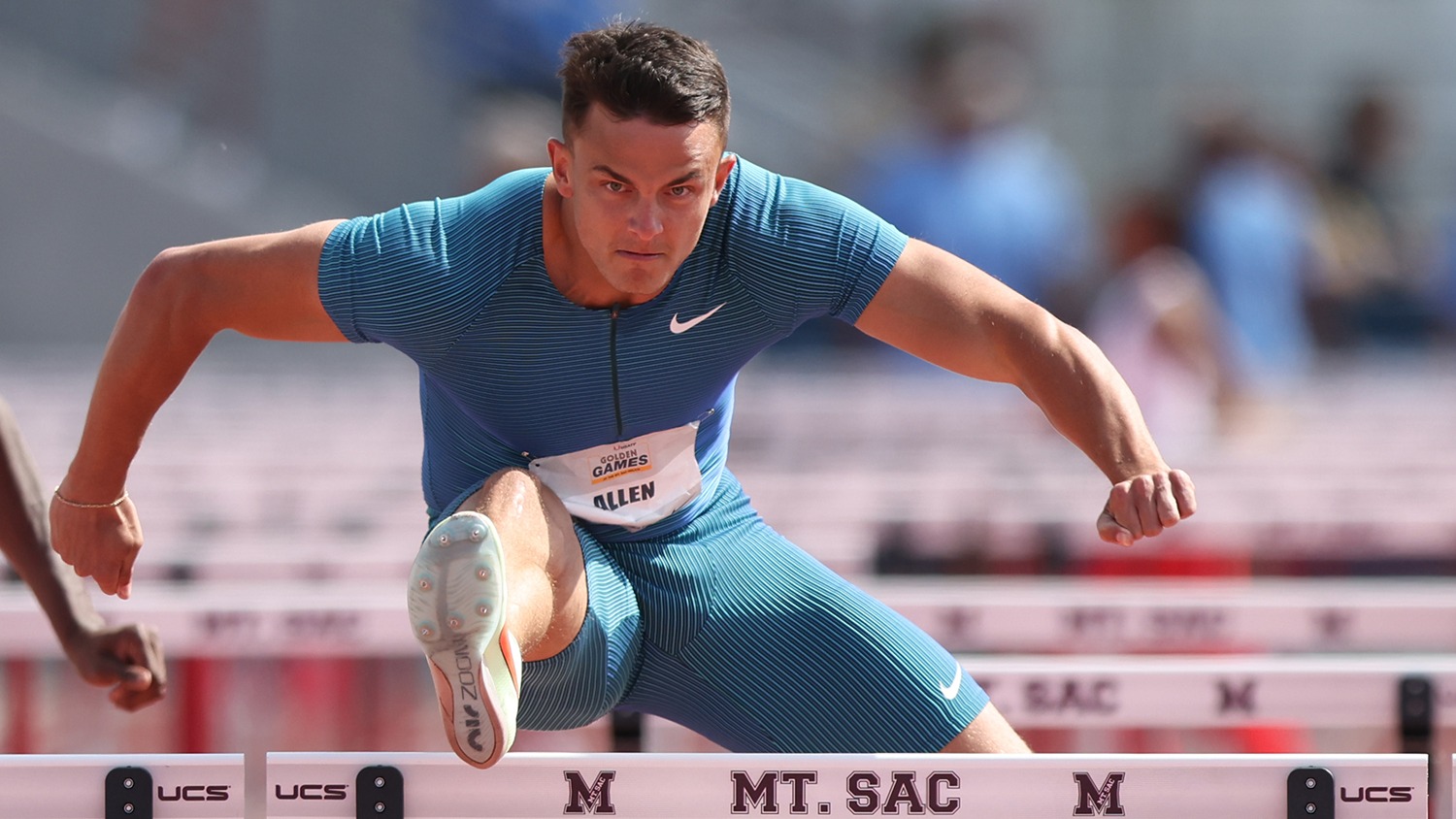 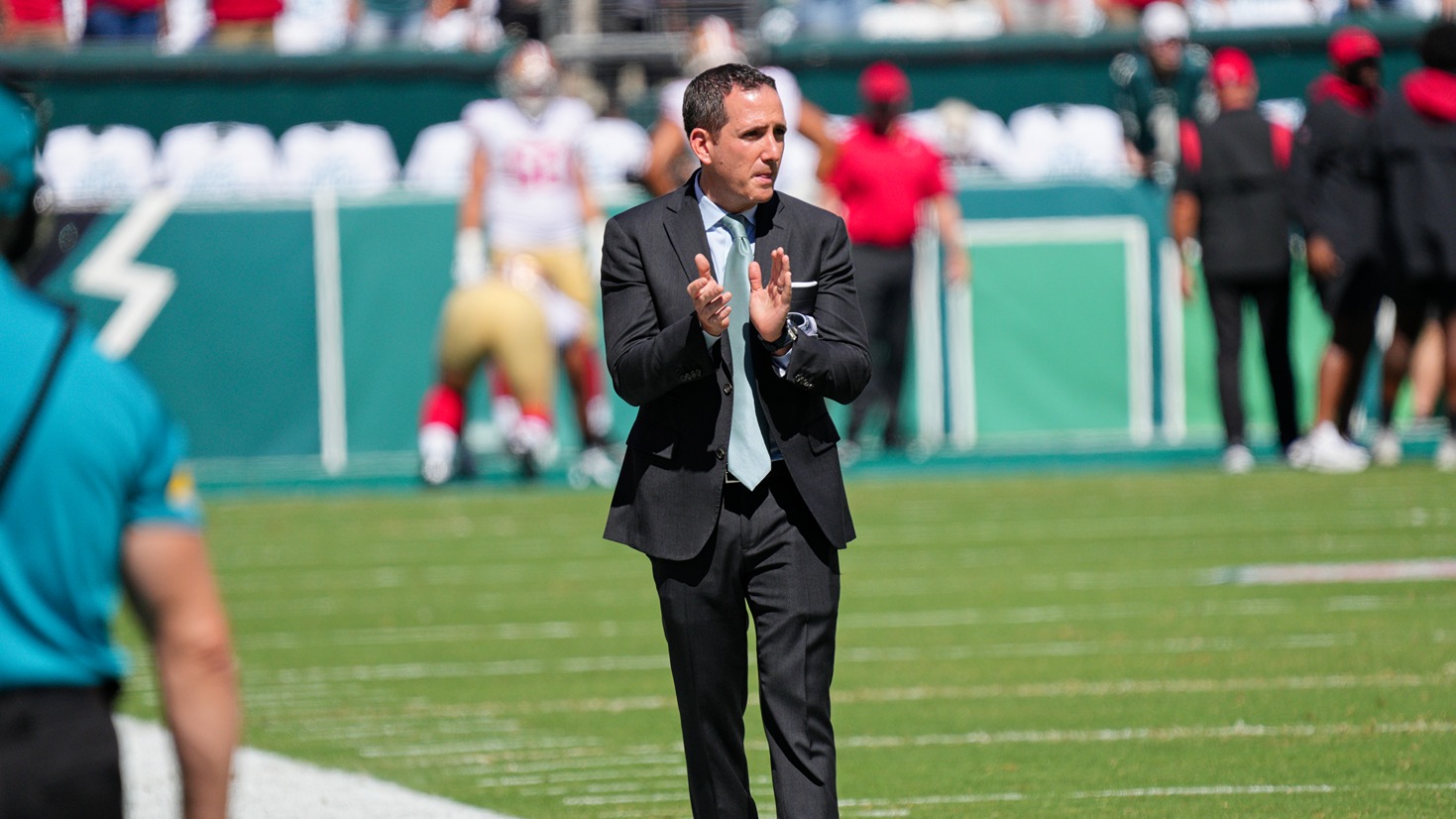 A Fireman, a Rugby Player a Track Star: These Are Howie Roseman's Most Unconventional Roster Moves

For years, football took a backseat to his burgeoning track career, where he finished fifth on the Rio track and fourth at the Tokyo Games last summer.

But he longed to use his blazing speed to run routes again — fly and corner patterns, bubble screens. He had made plans to return to the field in 2020, but the pandemic happened, and then the Tokyo Games were postponed a year. So his transition into football was put on hold.

He will be a 27-year-old rookie when he shows up on July 26 for training camp with the Eagles, who signed him to a deal in April soon after he ran the 40-yard dash in 4.35.

He has already spent time working out with QB Jalen Hurts and his teammates during minicamp. Allen had 54 catches for 919 yards and eight TDs with the Ducks.

Memo to the coaching staff: He's willing to return kicks or punts, or fly around the edge to block field goals or play defense.

“Whatever it takes to just get back and play football again,” said Allen, who had several Eagles teammates show up when he ran at the Penn Relays in the spring. “It’s just something I want to do.”

Just so there's no confusion: He’s not abandoning track, he is simply following his heart. He consulted with other track stars who made a similar transition — like Olympic long jumper Marquise Goodwin, who's currently a receiver with the Seattle Seahawks, and hurdler Renaldo Nehemiah, the onetime world-record holder in the event who also played wideout for the San Francisco 49ers.

Both told him to go for it.

Winding around Allen's left hand is a tattoo that reads: Everybody loves the sunshine. It's a tribute to his dad — he got the ink in 2018 — and happens to be the title of his father's favorite song, written by Roy Ayers.

A fitting choice. Allen said his father always lit up a room. He remembers after Oregon football games, his dad would make sure every kid that wanted autograph from Allen got one.

Allen found out about his father's death the morning of the first round of the hurdles at nationals on June 25.

“It’s a lot to handle three hours before your race," said Allen, who would go on to finish third at nationals to earn a spot on Team USA. “My dad would be excited for me to win worlds and break the world-record, and play for the Eagles and catch touchdowns. I’m going to keep doing exactly that.”