Another game-winning drive led by Carson Wentz and the defense does just enough to defeat Washington, 37-27, on Sunday - but there was one unit in particular that stood out and earned an A-plus on this week's Eagles report card.

Another game-winning drive led by Carson Wentz and the defense does just enough to defeat Washington, 37-27, on Sunday - but there was one unit in particular that stood out and earned an A-plus on this week's Eagles report card.

There's plenty to nitpick about Wentz's game, including a bad fumble in his own end, but he threw three second-half touchdowns. The second score was a 15-yard laser on the run, past the outstretched hands of two Washington defenders, and the third, a perfectly placed four-yard over-the-shoulder floater over tight coverage. Wentz also missed some throws that would've extended drives, but that's back-to-back clutch performances for the Eagles' franchise quarterback.

The kid does it all. Sanders averaged 6.4 yards per carry, his vision and physicality on full display. And on his 15-yard touchdown catch, the rookie exhibited veteran instincts, finding a spot all alone in the corner of the end zone, and tremendous body control to stay in bounds. Boston Scott added 65 yards of total offense.

You can see why the Eagles waited until they were literally forced to put JJ Arcega-Whiteside on the field. He dropped one touchdown, killed another drive with a holding penalty and finished with zero catches. Good games by Zach Ertz, Dallas Goedert and Ward, the latter of whom caught the game-winning touchdown, as all three finished with at least five receptions and 55 yards receiving.

Paved the way for a huge day on the ground, with 157 yards rushing on 5.6 yards per attempt. The pass protection was mostly reliable as well, minus a few hiccups, allowing only six quarterback hits and two sacks - one of which was entirely the result of the quarterback holding the ball too long.

Not only did the Eagles fail to register a sack against Washington - they didn't even hit the quarterback as far as the statkeepers were concerned. And a typically strong front against the run didn't even do a particularly outstanding job there, allowing a 34-year-old running back to amass 66 yards with a 4.1 average. The front was a bit more disruptive than the numbers suggest, but not much

It's a good thing Nigel Bradham returned a fumble 47 yards for a touchdown on the final play of the game, otherwise an Eagles linebacker may not have had his name called all game. That's a bit of an exaggeration obviously, as the unit combined to make nine tackles, but the unit's missed tackles were certainly a lot more memorable.

Washington's rookie quarterback entered the game completing 55 percent of his passes for 6.1 yards per attempt with three touchdowns and seven interceptions. So naturally, he was 19 of 28 with a 9.3 average, two scores and no picks against the Eagles. Maddox had a particularly rough day, with a missed tackle resulting in a 75-yard catch-and-run to the end zone and another touchdown in coverage - though he responded with a pair of pass breakups.

For the second week in a row, Cameron Johnston's punts were once again critical plays, twice pinning Washington's offense inside its own 15-yard line on three tries. Neither possession ended in points.

Not sure how Jim Schwartz managed to make a rookie quarterback who had played poorly up to this point look like a stud, but he found a way. Doug Pederson almost got away from the run at one point mid-game, yet he went back to it and got some big plays. Bottom line, this team is fighting tooth and nail and doing just enough to win in the end. You just have to wonder if effort alone will be good enough to beat Dallas next week. 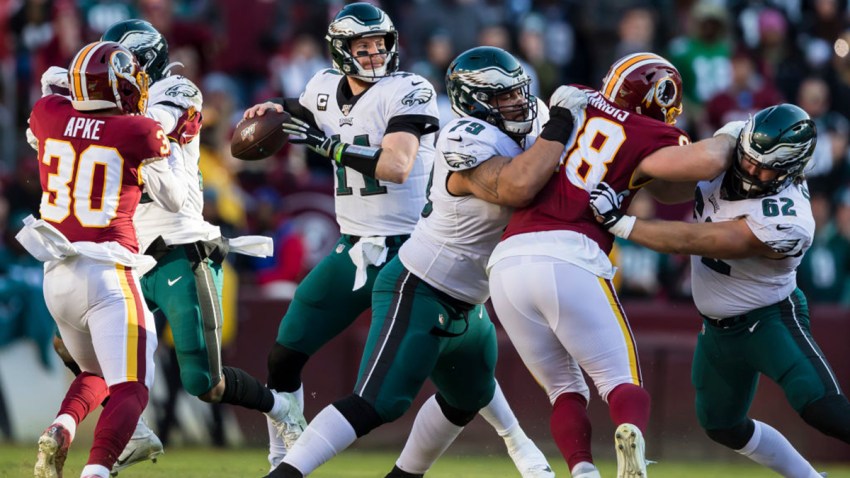 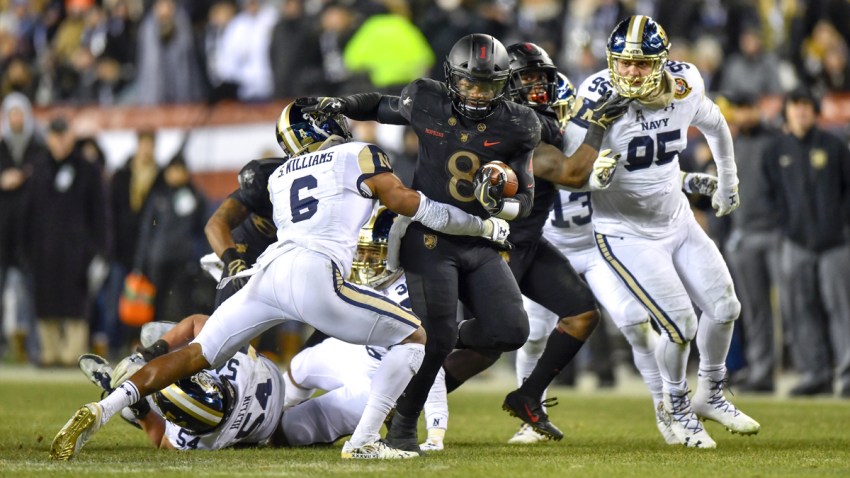