APPLETON, Wis. -- The Eagles kick off their 2017 preseason on Thursday night at 8 p.m. (on NBC10) in Green Bay, though they won't face one of the NFL's best players.

The Packers are expected to rest superstar quarterback Aaron Rodgers. Meanwhile, Doug Pederson and the Eagles are going to start Carson Wentz. While Wentz will play a little bit against the Packers, expect to see a lot of Matt McGloin and Dane Evans in this game.

McGloin is trying to prove that he's worth occupying a roster spot, while Evans' best chance might be if McGloin gets cut and he lands on the practice squad.

You're going to watch the quarterbacks. That's inevitable.

Here are 10 more players to keep an eye on throughout Thursday night's game:

Shelton Gibson
The Eagles' fifth-round pick out of West Virginia had a rough spring and followed it up with an awful start to training camp. It seemed like he dropped more balls than he caught in the early going. But recently, he's turned things around, starting with an impressive performance at the Linc on Sunday. In front of 36,000 fans at the open practice, he made two great catches. He continued that in practice on Monday. He can make the team forget about that terrible start if he shows he can play in the preseason games. He hasn't lost a roster spot yet.

C.J. Smith
While veteran Patrick Robinson has floundered for most of training camp in one of the two starting roles, Smith has quietly put himself in position to take a job. Smith, undrafted out of North Dakota State a year ago, has put together an impressive camp and has as good a shot of anybody to become a starter. If he strings together a few good preseason games, he could give Robinson the boot.

No One Else in NFL Cited With Email Violations: AP Source 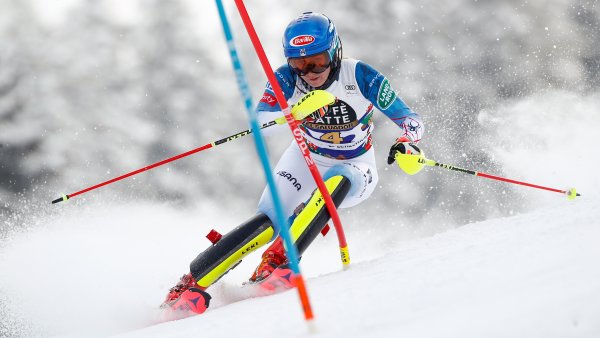 Rasul Douglas
Jim Schwartz used the word "inconsistent" to describe Douglas earlier this week. And that seems to fit. For every play the rookie makes, he makes a mistake or two. Schwartz said that's to be expected, but it has to be a little disappointing for the Eagles, who probably thought the third-round pick could maybe win a starting job. He hasn't looked ready for that so far. But he did have eight interceptions last season, so maybe something will click when he faces different colored jerseys.

Donnel Pumphrey
Pumphrey suffered a hamstring injury in camp but returned this week. Pederson said the team would monitor him and it's not guaranteed that Pumphrey even plays. But if he does, it's worth watching. After a couple weeks at camp, his lack of size has become less shocking. The Eagles seem determined to use him as a threat in the passing game and he's looked natural at it during camp. Now it's time to show he can do it in live action.

Nathan Gerry
Gerry has been a surprise of training camp, looking really good in his transition from college safety to NFL linebacker. When Mychal Kendricks missed time with a groin injury during camp, Gerry was the fill-in starter in the base defense. That's important to note because there's still no guarantee Kendricks will be on the team come September. If a team offered the Eagles something for him, it would behoove them to listen. First, they need to make sure Gerry would be an adequate replacement.

LeGarrette Blount
For a big guy, Blount sure does move well. We probably don't need to tell you to watch him, but we're going to anyway. It seems like there's a good chance Alshon Jeffery doesn't play (just based on how cautious they've been with him during the summer), so Blount is the next biggest new name to watch. Blount is adamant he's not just a short-yardage guy; this game will be our first look at how the Eagles plan on using him.

Derek Barnett
It's been kind of a rough training camp for the first-round pick. At times, he's been getting stood up by several players on the roster. The hope that he could win a starting gig has faded over the last couple weeks. But he's been working on some new moves and the game will be a chance to try them on players who don't know what's coming. He might not be a starter at the beginning of the 2017 season, but it'll be up to him how much playing time he earns.

Chance Warmack
This week, after Brandon Brooks suffered an ankle strain, Warmack was the first guy off the bench, filling in at right guard. Warmack signed a one-year deal this offseason to reunite with offensive line coach Jeff Stoutland, who coached him at Alabama. Warmack was once a top-10 pick, so there's untapped talent in him. This is a big season for the big man.

Tim Jernigan
For whatever reason, Jernigan has been the forgotten offseason acquisition, but he has the chance to make a huge impact this season. The Eagles traded 25 spots in the third round to get Jernigan from the Ravens. This is the last year of his deal, so it's possible he's nothing more than a rental. But if he has the type of season he seems capable of having based on training camp, watch out.

Marcus Johnson
Johnson is this year's training camp darling. The second-year player from Texas might have been last year's had he not gotten hurt during camp. Despite missing one day this year with a hamstring injury, Johnson seems poised to take a roster spot in the crowded wide receiver room. He's gotten first-team reps and has been impressive all summer.