Do the 49ers Do Anything Better Than the Eagles?

You may think there's no need to break down the Eagles and 49ers position by position, and frankly, you are probably right. The Eagles have amassed a 6-1 record, to some amazement, and San Francisco is 0-7, to no surprise at all.

Regardless, the Eagles swear up and down they can't take this opponent lightly. There may even be some statistical evidence to support that feeling, like the fact that the 49ers lost five straight games by three points or less. They've been in almost every contest this season. 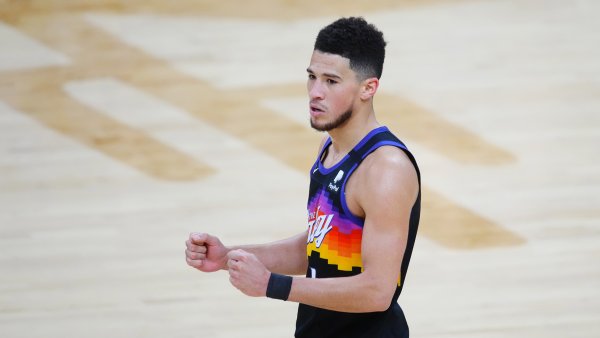 Until last week, that is. The 49ers are coming off a 40-10 blowout loss at home to Dallas, so even the very perception this team is capable of playing competitive football is being put to the test.

So as we do every week, we ask if the Eagles' opponent is any way superior or has the advantage. And in this case, the answer is somewhere between "No" and "Hell no."

We'll have mercy on C.J. Beathard and keep this short and sweet. A third-round draft pick from Iowa, Beathard will be making his second NFL start for the 49ers on Sunday, and the first did not go well. Beathard completed 59.7 percent of his passes for 6.2 yards per attempt with five sacks and two fumbles lost in a 40-10 loss to the Cowboys. Meanwhile, Carson Wentz is blossoming into a top-five or -ten quarterback before our eyes, which is pretty exciting.

Carlos Hyde could very well be the best running back on the field Sunday, and it may not be particularly close. Hyde is averaging 4.3 yards per carry with four touchdowns in an offense where he's the only weapon defenses legitimately need to worry about stopping. Perhaps more impressive, the 235-pound back has already matched his output as a receiver from 2016 with 27 receptions for 162 yards - in seven games! Granted, LeGarrette Blount is a beast as well, and has only nine fewer yards on 16 fewer carries. And while the two may be difficult to compare, the Eagles are deeper overall with Wendell Smallwood and Corey Clement.

Eagles tight end Zach Ertz is sixth in the NFL with 39 receptions, tied for seventh with 494 yards, and tied for fourth with five touchdown grabs. Ertz is the most dangerous weapon in this game, although Pierre Garson isn't too far behind. The 10th-year veteran is the 49ers' only consistent option in the passing game with 38 catches and 483 yards, but he has yet to find the end zone. San Francisco's receivers can't match the complementary production of Alshon Jeffery (24 REC, 354 YDS, 2 TD) or Nelson Agholor (24 REC, 366 YDS, 5 TD), so the head-to-head ends there.

Obviously, the loss of Jason Peters is significant for the Eagles, but they're fortunate to have Halapoulivaati Vaitai to step in. There will be a drop-off at left tackle, for sure, but Vaitai has been a stabilizing force off the bench the past two seasons. Even if the unit takes a little bit of a step back, it was arguably the best group in the league. The same can't be said for the 49ers O-line, which has taken its lumps. Only left tackle Joe Staley has a positive grade from Pro Football Focus in 2017, while 6-foot-8, 355-pound right tackle Trent Brown and right guard Brian Fusco may miss the game with injuries.

San Francisco's 30th-ranked run defense is deceiving. Opponents are only averaging 3.9 yards per attempt, which is tied for 12th, so all that production isn't coming easy. That should come as no surprise with all the first-round picks the 49ers have invested in the front seven - DeForest Buckner in 2016, and Solomon Thomas and Reuben Foster in '17. Of course, the Eagles boast the No. 1 run defense in the NFL, not to mention are also tied for 10th with 18 sacks. Buckner, Thomas and Foster will be great down the line, but Fletcher Cox, Brandon Graham and Nigel Bradham are great right now.

Moving Eric Reid to linebacker may or may not bolster the 49ers' front seven, but the coaches seem to believe it's improved their secondary. A second-round pick in 2015, Jaquiski Tartt has taken over at free safety, and is currently the only defensive back on the team that grades out positively by PFF. Tartt and Jimmie Ward make a nice safety tandem, but the cornerbacks are not very good, especially with K'waun Williams likely out. The Eagles also have a "nice" safety tandem, but Jalen Mills and Patrick Robinson have been holding down the fort at corner as well. Much like San Fran's run D, the Eagles' 29th-ranked pass defense is largely a product of volume.

Robbie Gould has experienced a bit of a career resurgence with the 49ers, yet his lone missed field goal on the season likely cost the team its first victory. Jake Elliott doesn't miss kicks in the clutch, or hasn't so far anyway, not even from 61 yards out. As always, the Eagles boast some of the best coverage units in the league as well, while Kenjon Barner is a threat in the return game - even if it isn't exactly Darren Sproles back there.

It's hard to imagine a month ago we would be giving Doug Pederson the nod over a guy who ran the best offense in the NFL last season, but here we are. As the offensive coordinator in Atlanta, Kyle Shanahan was one of the primary reasons why the Falcons went to the Super Bowl last season - you can see how much he meant to that team now. Yet Shanahan is searching for his first win as a head coach, while Pederson is in the midst of a five-game winning streak and the Eagles are on fire. Sure, a talent discrepancy has a lot to do with it, but would you trade Pederson for Shanahan right now? Didn't think so.

There's a reason the 49ers are 0-7, and the Eagles are 6-1. These two teams are not particularly close, and that's reflected accurately by their records. When you consider that even in the areas where the talent is comparable, the Eagles are still superior every time, it's difficult to imagine a way in which San Francisco could even pull off the upset. It would likely take a total meltdown at home by the Eagles for that to happen, which seems impossible the way they're playing right now.