It's no surprise it didn't take Carson Wentz very long to tweet out his enthusiastic response to Alshon Jeffery's new contract. 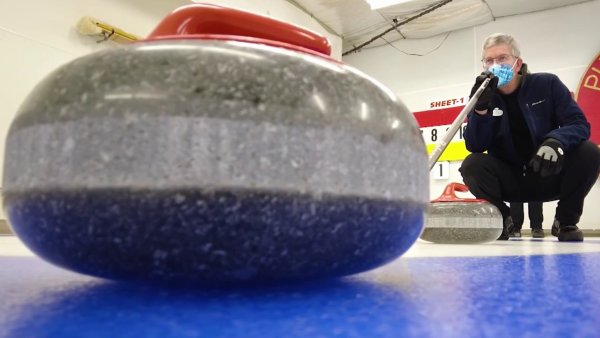 Because aside from Jeffery, whose pockets deepened on Saturday, Wentz was the biggest winner of the day.

How excited was Wentz?

Six exclamation points and a sunglasses emoji, which is 2017 speak for pretty darn excited. And Wentz should be excited. He found out another one of his top targets, the guy he is finally starting to click with, is locked up through 2021.

As much as this Jeffery extension is about keeping a good player in town, it's really about one thing.

It's the one thing the entire franchise should revolve around: maximizing the potential of Carson Wentz.

We've already seen how much of a difference having real receivers has made for Wentz. After a year of throwing to Bryce Treggs, Paul Turner and DGB, the Eagles gave Wentz some real NFL weapons and the kid is already knocking on the door of an MVP award.

The Eagles now have Zach Ertz and Jeffery - Wentz's two most important targets - locked up through the 2021 season. They're not going anywhere and neither is Wentz. Sure, eventually, the Eagles will have to pay Wentz a mega contract, but until then, the quarterback is relatively cheap. The Eagles need to strike now.

More importantly, the Eagles have to realize that having a quarterback as good as Wentz without giving him help would be a complete waste.

You don't need to look back far into the history books to see the evidence of that. For years, Donovan McNabb threw to guys like Todd Pinkston, James Thrash, Charles Johnson, Torrance Small and Freddie Mitchell. Instead of a "Who's who," the Eagles simply had a lot of "who?"

But the one time McNabb was given a true No. 1 receiver, we all know what happened. When Terrell Owens came to town, McNabb had his best pro season and the Eagles went to the Super Bowl.

How many times over the last decade have you wondered what would have happened if the TO-McNabb marriage worked? Likely Super Bowls, rings, parades, but we'll never know.

But he is a No. 1 receiver. And at 27, he is the type of player who can still grow with a young quarterback.

And he's actually got one thing on TO: he's a team-first guy. He hasn't cared about his stats at all this season, which is even more impressive considering he was in a contract year. As Wentz has been spreading the ball around, Jeffery's numbers haven't inflated, which could have been potentially losing him money every week. And he never complained. Not once.

His numbers actually aren't bad either.

Through 11 games, he has 43 catches for 619 yards and seven touchdowns. I'll give you one guess at the only Eagles receiver to put up those stats or better through 11 games in the McNabb era.

But what's even more about Jefferey's season is how much better he's been recently. In his last four games, he has 17 catches for 265 yards and five touchdowns. This recent streak really shouldn't be surprising.

So much of Jeffery's game revolves around chemistry with his quarterback. All those back-shoulder throws, all those fades, it takes time. He and Wentz simply haven't had a ton of it. Even during this training camp, Jeffery was sidelined by a shoulder injury and then was held out longer because Doug Pederson wanted to rest him. Jeffery began the season healthy but lost out on valuable chemistry-building time with Wentz.

Back in the summer, Jeffery got a chance to see his old quarterback, when Jay Cutler and the Miami Dolphins came to town for a week of practice. Cutler had been Jeffery's quarterback for the first five of his seasons in the NFL. Eventually, during that time, Cutler learned to trust Jeffery on those back-shoulder and fade routes, on those 50-50 balls. Eventually, the two knew each other's every move.

During training camp, I asked Jeffery how long that took.

"Over time and over years," Jeffery said. "We were together for a long time, so when we'd line up, I'd know what he wants and he knows what I like. It takes time over years."

Now, he gets to form that bond with Wentz. No wonder the QB was so excited.