In addition to what happens on the rink, the ice itself is making history at the 2022 Beijing Winter Olympics

Engineers implemented carbon dioxide technology at the ice rink venues, rather than using hydrofluorocarbons, harmful chemicals currently used in the majority of the world's rinks to keep them cold.

Hydrofluorocarbons, or HFCs, are used to keep long stretches of ice, like the ones in arenas and skating rinks, cold for long periods of time. HFCs are human-made greenhouse gasses that absorb heat and are used to do things such as keep your refrigerator cold.

But these refrigerants pose environmental problems. In recent years, HFCs have been proven to cause ozone depletion. A single kilogram of an HFC is equal to running a car for six months.

According to the Climate and Clean Air Coalition, "HFCs are potent greenhouse gasses that can be hundreds to thousands of times more potent than carbon dioxide (CO2) in contributing to climate change per unit of mass. A recent study concluded that replacing high-GWP HFCs with low-GWP alternatives could avoid 0.1°C of warming by 2050. Fast action under the Montreal Protocol could limit the growth of HFCs and avoid up to 0.5°C of warming by 2100." How the Olympics Are Showing the Complexity of Sustainability Claims 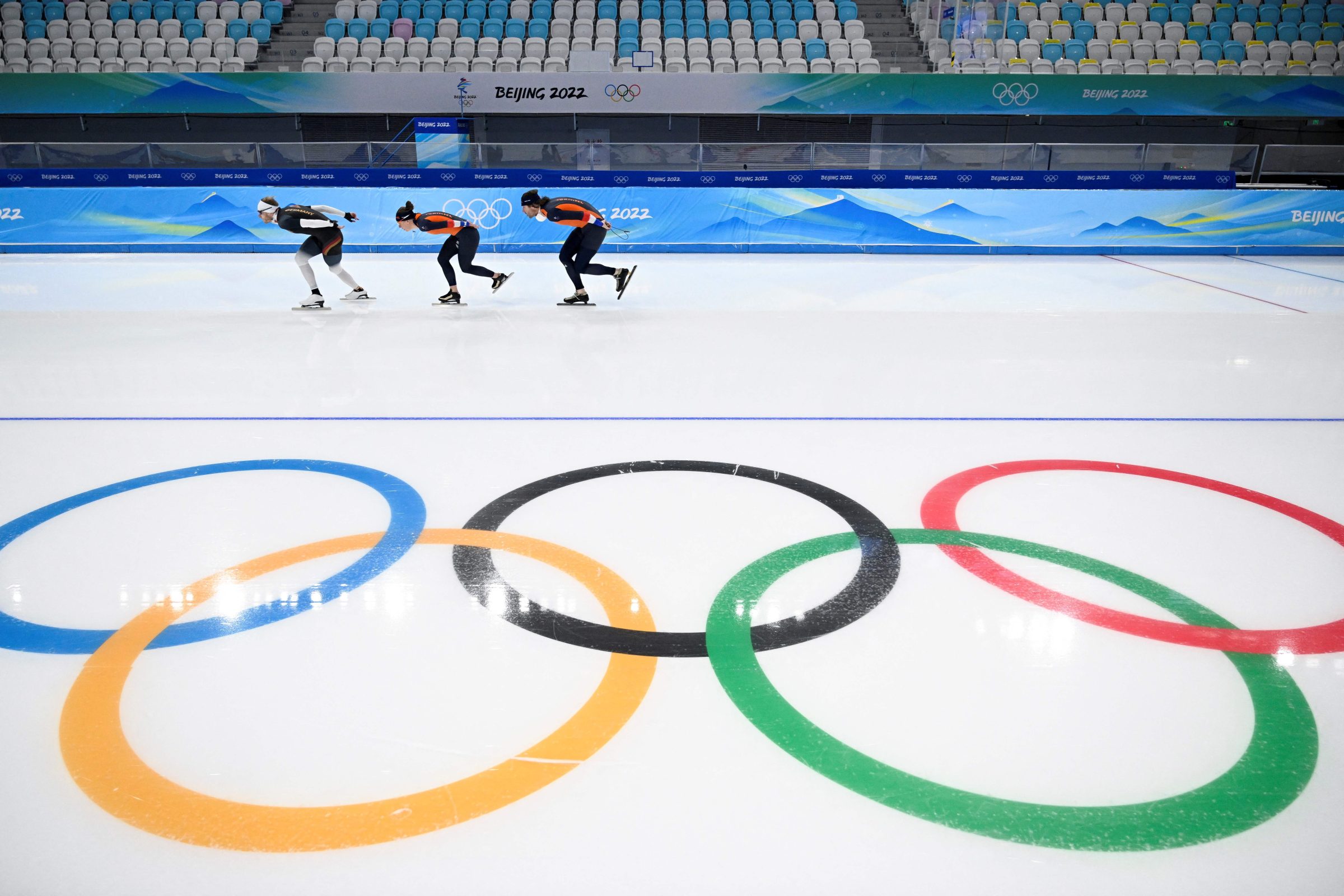 According to research from Natural Resources Canada, a clean energy research firm, these cooling systems are also harmful to the earth because they are prone to leakage. Coolant leaks can be very damaging to the earth, just like an antifreeze leak in a vehicle can damage its engine.

“You’re better off leaking a harmless substance than leaking something that is harmful to the environment,” said Philippe Simard, a research engineer at Natural Resources Canada.

“Carbon dioxide is emitted into the atmosphere anyway, so we catch the gas, contract it in bottles and then enter it into the refrigeration machine. You have better ice quality, and you have better efficiency,” said Simard. “You consume less energy, and you emit less greenhouse gasses.”

The National Speed Skating Oval, nicknamed the Ice Ribbon, was the only new venue that was built for the 2022 Winter Games. Sustainability goals were integral to its concept, and it was the first designed from the beginning with this technology.

The carbon dioxide runs through the pipes underneath the ice, also creating a more uniform ice temperature.

The climate-friendly choice can also impact athletes on the ice.

“There are a lot of different kinds of ice,” said American figure skater Vincent Zhou. “I think a lot of skaters like the ice to be a little softer.”

According to Precision Blade, figure skating ice is the softest of all Olympic ice surfaces.