Three days after Bode Miller said in an NBC broadcast that marriage had not been so good for one of the best Alpine skiers of her generation, the Austrian responded on the slopes

Three days after Miller said in an NBC broadcast that marriage had not been so good for one of the best Alpine skiers of her generation, the Austrian responded on the slopes.

"Yeah, we can," Veith said after earning an Olympic silver medal in Saturday's super-G.

As Anna Fenninger, before her wedding to snowboarder Manuel Veith two years ago, she was the 2014 Olympic champion in super-G and a three-time world championship gold medalist.

Like Miller, the then-Miss Fenninger also won two overall World Cup titles as the best all-around skier over a full season — the sport's most prized honor. However, a serious knee injury in October 2015 derailed her career and it seemed the 28-year-old Mrs. Veith was past her peak.

"The knee was an issue," Miller said — on Valentine's Day, no less. "I want to point out that she also just got married and it's historically very challenging to race in the World Cup while trying to raise a family or after being married.

"Not to blame the spouses, but I just want to get that out there that it could be your husband's fault," Miller said, before apologizing on air. 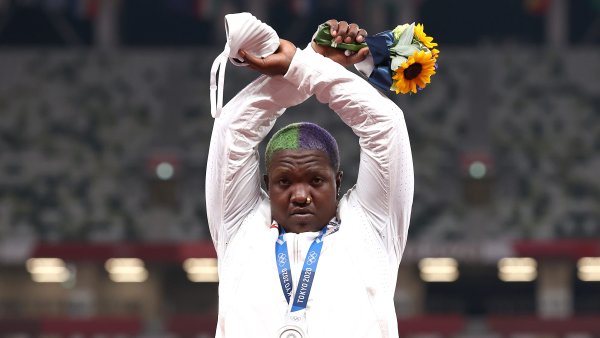 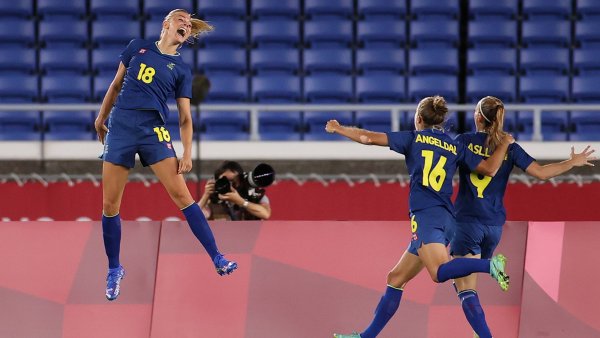 On Saturday, Miller was in Jeongseon helping NBC call a race that showed Veith can still compete at the highest level.

"He can say what he is thinking about and it doesn't matter for me," said Veith, who laughed out loud when asked if she proved a point.

Veith was delighted despite losing her Olympic title by the smallest of margins and in the most surprising way. She was already being acclaimed the winner by rival racers when an unheralded No. 26 starter from the Czech Republic, part-time skier and snowboard world champion Ester Ledecka, went 0.01 seconds faster.

"I'm happy with the silver. I won everything today," said Veith, who had won the last of her seven career major championship medals in 2015. "After two years, I never knew that I can make that again to get back into that shape, or get the chance to go to the Olympics.

"This was already a success for me to be here. And now I have a medal. It's unbelievable."

It was a full 25 minutes that Veith led the race, 0.10 seconds ahead of Tina Weirather of Liechtenstein, who wound up with bronze.

Veith said she started to believe she had retained her Olympic title.

"I thought at first, yes. This was the reason why I was so emotional," Veith said. "At first I couldn't believe that it happened and after it, this one-hundredth, just a big surprise and I thought: 'Is that true or not?'

"Ester had a pretty good run and she deserved this," said Veith, who maybe more than anyone in Saturday's race might have guessed how great a snowboarder racer can be.

After all, she married one.