CAMDEN, N.J. - The first question to Mike Scott at Sixers media day Monday was about a touchy subject. 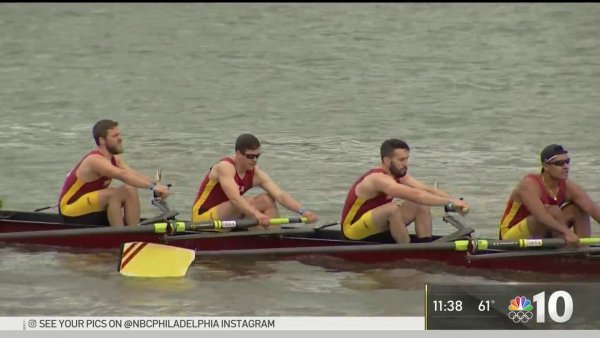 But it was direct and to the point - something Scott of all people can appreciate.

Before the Eagles' season opener against the Redskins on Sept. 8., Scott was involved in a physical altercation. Scott, a lifelong Washington fan, was wearing a throwback Sean Taylor jersey in the parking lot where Eagles fans were tailgating.

Scott became a man about town this summer. He'd said for weeks on social media that he planned to attend the Eagles game and join the members of the Mike Scott Hive at a tailgate.

Things got hairy when Scott heard members of a tailgate taking their hazing to an inappropriate level. Scott acknowledged that he could've handled the situation better but explained his actions.

Looking back on it, I always play devil's advocate for myself," Scott said. "Definitely should have walked away before it got to that point. I'm the professional. I gotta be the bigger person and walk away but once you keep going - he was talking hella s---. He was going off. I don't know, maybe it was the microphone. 'Damn, I f---ed up, maybe I should've just walked away.' I didn't [walk away] and I walked up in there.

"Once you take it to that next level, you start throwing slurs out there, now I gotta see if you match that energy. You know what I'm saying? That's what happened. … Definitely should have walked away. But I didn't. He was talking crazy. He took it to the next level so I had to see if he matched that energy. Y'all saw what happened. You know the rest. But yeah, man. Gotta be the bigger person. So I definitely say that but as far as sympathy for him, I don't feel any for those individuals. What a day.

You have to say this about Scott: He doesn't sugarcoat things. While he showed remorse for how things went down, he also admitted that it was just his human reaction. There was a "slur" used and he took action instead of walking away.

He wore Redskins apparel because he grow up in Newport News, Virginia, the same hometown as Allen Iverson. While Scott won't reach MVP or Hall of Fame status, he does share with Iverson a realness. They're both genuine people who stay true to themselves.

That's a big part of the reason Scott has been embraced so warmly by Sixers fans. The reception he got throwing out the first pitch at the Phillies game Saturday was a sign that there was no hatchet to bury.

The 31-year-old knows that the incident was not indicative of all Philly fans. He doesn't even have ill-will toward the tailgaters from F-Lot. In fact, Scott said there was no need for them to apologize to him. He just wants to put it all behind him.

I still had a ball - still had fun," Scott said. "Still took pictures with fans, throwing balls in the parking lot. Enjoy the game. Redskins go up 20-7 and I'm looking around. I'm like, ‘Aw s---, come on, Eagles. Help me out now.' Can't fight the whole stadium. [The Redskins] win that game ... s---. They would have been out there waiting for me with pitchforks. …

"It definitely doesn't look good on my behalf, embarrassing the organization and my family. Well, you know, once you take it past that point, I mean, God dang. What are you gonna do? So that's how that went. But I don't feel no type of way towards Eagles fans or anyone. You know, It's Philly. We had a brawl before noon and then went in to enjoy a football game.

And if he comes across the F-Lot tailgaters?

"I'm not really tripping on that," Scott said. "And, you know, I had fun that day. It really didn't hit me until that night. 'Damn, I f---ed up, maybe I should've just walked away.' I saw it all over social media. But then I'm going back and forth like 'Hell nah, he was talking too crazy. I gotta go see about him.' I don't feel no type of way. Yeah, if I ever see him again, if they want to apologize - they don't have to apologize. Just dap it up. Hook it up. I'm all for that."